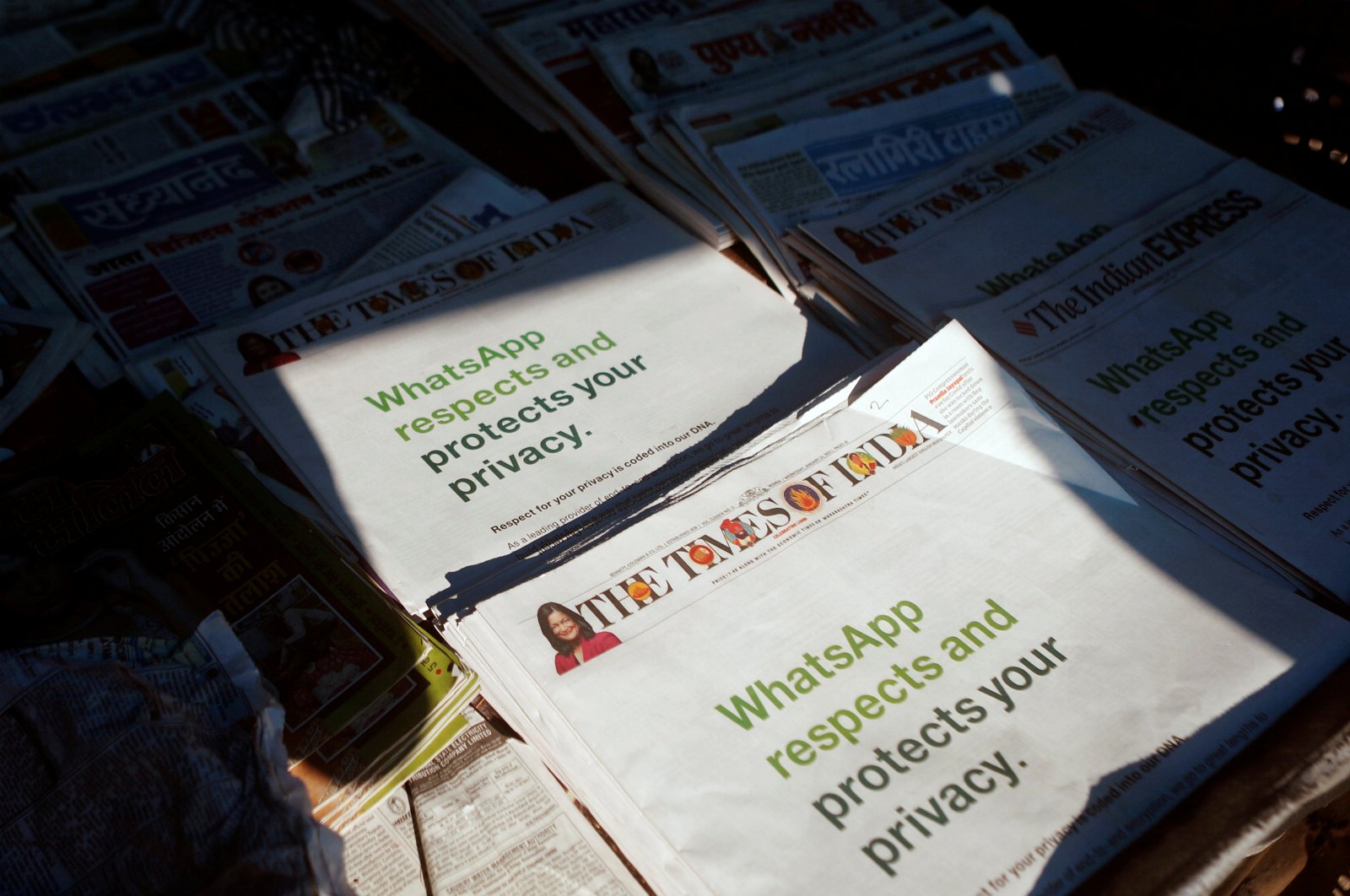 WhatsApp is battling global mistrust after it updated its privacy policy to let it share some user data with parent Facebook and other group firms, and the backlash risks thwarting its ambitions in its biggest market, India.

Though WhatsApp has yet to see mass uninstalls of its app in India, users concerned about privacy are increasingly downloading rival apps such as Signal and Telegram, research firms say, propelling them higher on the download charts and putting those apps ahead of their ubiquitous rival in India for the first time.

The reaction in India – where 400 million users exchange more messages on WhatsApp than anywhere in the world – has forced the messaging app to unleash an advertising blitz costing tens of millions of rupees this week in at least 10 English and Hindi newspapers.

“Respect for your privacy is coded into our DNA,” WhatsApp said in one newspaper announcement.

The media campaign – similar to one it ran two years ago when it was facing criticism in India for not doing enough to curb disinformation – underscores the severity of the crisis for the world’s most popular messaging platform.

Parent Facebook and WhatsApp have bet big on India and any user grumbling could dent their plans.

A huge part of the India investment hinges on a WhatsApp and Reliance project to allow about 30 million mom-and-pop store owners to transact digitally.

While WhatsApp’s payment service, approved by India’s flagship payments processor late last year after two years of waiting, does not fall under the privacy policy update, any sizeable user shift to other messengers could mean losing out to well-entrenched rivals.

Users around the world were alarmed when WhatsApp said on Jan. 4 it reserved the right to share some user data including location and phone number, with Facebook and its units such as Instagram and Messenger.

Even as WhatsApp sought to calm fears and assure users that neither it nor Facebook would have access to their messages, calls or call logs, the privacy policy update triggered a storm globally with Signal downloads swelling as people looked for alternative messengers.

Signal was the most downloaded free app in India on both Apple’s iOS and Google’s Android outpacing WhatsApp, according to internet research firm Top10VPN.

Downloads of Signal in India jumped to 7,100,000 between Jan. 5 and Jan. 12, from about 15,000 days earlier, according to analytics firm Sensor Tower. Telegram downloads surged 40% while WhatsApp downloads fell 30% in the period.

Mobile app analytics firm Sensor Tower said Wednesday as cited by The Associated Press (AP) that Signal saw 17.8 million app downloads on Apple and Google during the week of Jan. 5 to Jan. 12. That’s a sixtyonefold increase from just 285,000 the previous week. Telegram, an already-popular messaging app for people around the world, saw 15.7 million downloads in the Jan. 5 to Jan. 12 period, roughly twice the 7.6 million downloads it saw the previous week.

WhatsApp, meanwhile, saw downloads shrink to 10.6 million, down from 12.7 million the week before.

Manish Khatri, a Mumbai based smartphone seller, said many of his customers were asking if WhatsApp could read their messages.

Indian startups have also been quick to react.

“Here in India WhatsApp/Facebook are abusing their monopoly and taking away millions of users’ privacy for granted,” Vijay Shekhar Sharma, chief executive of Alibaba-backed fintech Paytm, said on Twitter.

“We should move on to @signalapp NOW. It is up to us to become victim or reject such moves.”

MobiKwik, another digital payments firm, had begun using WhatsApp for business communication but has decided to shift to Google and Signal, its boss said.

WhatsApp’s payments system in India competes with the likes of Paytm and MobiKwik as well as Google Pay and Walmart’s PhonePe.