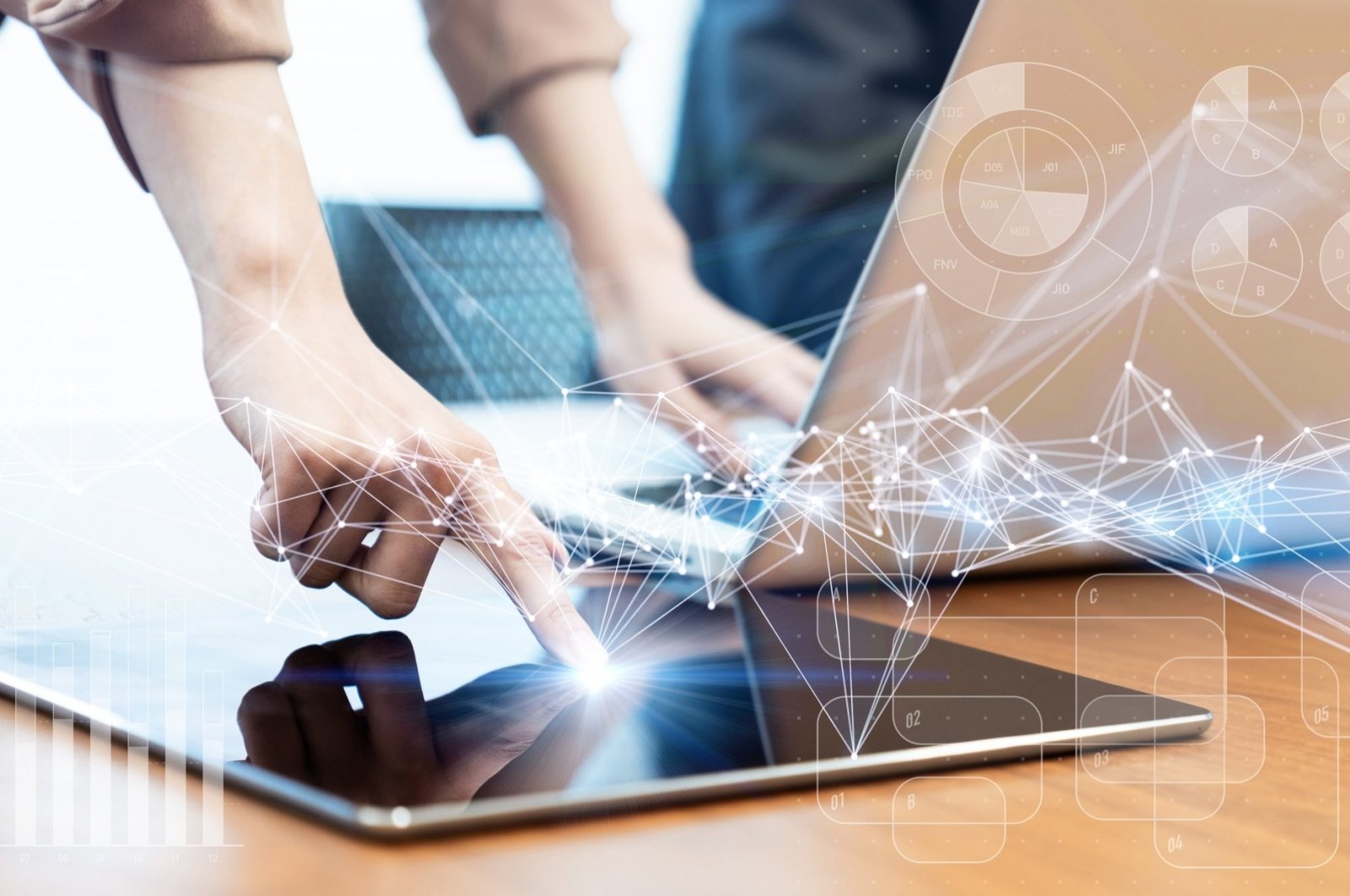 The common view of the investors is that more than 10 startups from Turkey will reach TL 1 billion in valuation in the near future. (iStock Photo)
by Timur Sırt Dec 18, 2020 2:46 pm

A recent online event organized by Ventures60 brought together investors to discuss startups that are candidates to reach a valuation of TL 1 billion in Turkey in the next three years. Rollic, which reached a valuation of about TL 1.6 billion in 18 months, gives hope to investors, while a dozen startups are estimated to shine in the coming period

One question turns out to be on many minds: Which startups in Turkey will reach a valuation of TL 1 billion ($130 million) in the next three years?

It was a question asked by an entrepreneur known in Turkey for his investor identity that created a stir in the startup ecosystem.

“Which of the Turkish startups do you think have the potential to reach a value of TL 1 billion in the next three to four years?” Fırat Işbecer asked in a Twitter post that garnered great attention.

A Ventures60 event discussed the results of the post with experienced investors. The common view of the investors was that more than 10 startups from Turkey will reach TL 1 billion in valuation in the near future.

“I think that the game industry, e-commerce and e-commerce infrastructure technologies, logistics, real estate, automobile and transportation technologies will come to the fore,” Işbecer said at the event, as he commented on the developments in the sectors.

“They will be successful, especially in the field of mobile gaming,” he noted.

He suggested that when the right studios met the right publishers, they would gain millions of users on a global scale.

“A unicorn will emerge in the secondhand automobiles (sector). There will be a marketplace, but it will also convince galleries for digital transformation. With the demands for new apartment complexes and living spaces in cities, startups operating in the field of real estate technology and mobility or companies developing intercity transportation technology can exceed the TL 1 billion bar and become unicorns," Işbecer said.

He further predicted that platforms such as Garajsepeti.com, Akinon, Alictus Games, Apsiyon and Volt Lines would exceed the valuation of TL 1 billion.

Also addressing the event was Volkan Biçer, the biggest investor in gaming startup Rollic, which stands out as a success story.

Biçer talked of the startup that has reached a valuation of approximately TL 1.6 billion in just 18 months.

“The founding team was my old friends. I believed from the start that they would be successful,” he said.

“When setting up Rollic, we focused on speed. We knew that this area had great risks. We overcame the learning process by rapidly and continuously producing new games. Frankly, we realized how important the experience we had was when the offers started to come,” he noted.

Istanbul-based Rollic, a mobile games developer and publisher with a portfolio of popular hyper-casual games, earlier this year managed to become the fourth gaming company with the largest sales deal in Turkey after it was acquired by the U.S.-based global gaming giant Zynga.

Zynga announced it would acquire an 80% stake in the gaming company for $168 million in cash.

It came after Zynga’s $1.8 billion acquisition of another Turkish gaming company, Peak.

Biçer said he knew that the agreement with Peak would finalize in the very first meeting.

“They respected our experience and invested in the success we achieved in rapid growth. We have achieved a significant accumulation. Now we will continue with game-oriented investments. I estimate that the amount of the fund will exceed $20 million,” he noted.

“I believe that the startups that will reach a valuation of TL 1 billion in Turkey in the next two to three years will be the startups we have already invested in,” said Dilek Dayınlarlı Kocaata, co-founder of Scale X Ventures.

Kocaata suggested that the ScaleX team read digital disruption as "constructive destruction" and continues to believe in artificial intelligence (AI) and the machine learning technologies behind it.

“This trend will continue to grow in 2021 and beyond and will heavily impact all industries around the world. So, I think it is a great opportunity for both entrepreneurs and venture capital companies like us in this area,” she said.

Meanwhile, Kocaata said she thought they would soon see startups that have reached a valuation of TL 1 billion, particularly in sectors that have accelerated due to the ongoing pandemic, such as health and education technology.

“In addition, COVID-19 has also uncovered systematic problems inherent in both manufacturing and supply chains, and hence, significant opportunities for innovation. As a team, we also focus on this area,” she noted.

Sharing culture to come to fore

Finberg General Manager Ihsan Elgin underlined that considering the changing habits after the pandemic in the coming period, the sectors focused on the services offered on the cloud will come to the fore.

The way to perfect the experiences of both companies and individuals is through open application programming interface (API) technology, Elgin suggested.

“For instance, Super Apps are a product that has existed as a result of the cooperation of all these technologies and sectors. In the physical world, you can shop with QR code recognition and withdraw money from ATMs with face recognition, and you can access different applications on a single platform thanks to Open API. The use of artificial intelligence tools can open the way to different services or provide you with access to what you need by providing important insights about your trends, habits and preferences,” he said.

Elgin said he thinks that companies focused on business-to-business (B2B) such as Figopara and Apsiyon will reach the TL 1 billion limit, in addition to United Payment, which supports function as a service (FaaS) and Super App infrastructures from Turkey. “Prisync and Rimuut are also among the remarkable startups of recent years,” he noted.

Ali Karabey, the founding partner of 212 venture capital funds, said that B2B corporate software companies, which will improve the digital processes of institutions and accelerate their remote sales and marketing operations, and health, financial, education and cybersecurity technology companies, game developers and healthy life practices will grow rapidly. He outlined technologies that will stand out and their fast growth potential.

“We can say that software companies that mainly include artificial intelligence and machine learning will be at the forefront,” he said.

For these companies to grow, first of all, Karabey underscored that entrepreneurs need to determine their long-term goals for their companies and determine what kind of support or resources they need.

“These companies will grow by strengthening their presence in existing markets and by writing their strategies to expand into new markets where they want to grow in line with their global targets and implementing them with new investment tours. We can say App Samurai, SmartMessage and Chooch AI from our portfolio companies. Additionally, we believe that Meditopia, Dream Games and Twin Science, which continue their R&D (research and development) operations in Turkey, will reach a valuation of more than TL 1 billion in the coming years, and we will receive news of their success,” Karabey said.

Collective Spark co-founder Atıl Erken evaluated the current growth potential of new companies and estimated that 10 to 15 startups could reach a valuation of TL 1 billion in the next three years.

“After three years, I think about 10 startups, and even 15 startups, if conditions are better, will reach a valuation of TL 1 billion,” Erken said.

“After all, the funds act by making these calculations. We make early-stage investments. We are already looking at the growth potential of startups. We expect a startup that catches the normal growth momentum to reach these figures. For us, it is more important for the entrepreneur to find the investor when they do not need investment. After all, they may have a hard time finding it when they need it,” he noted.