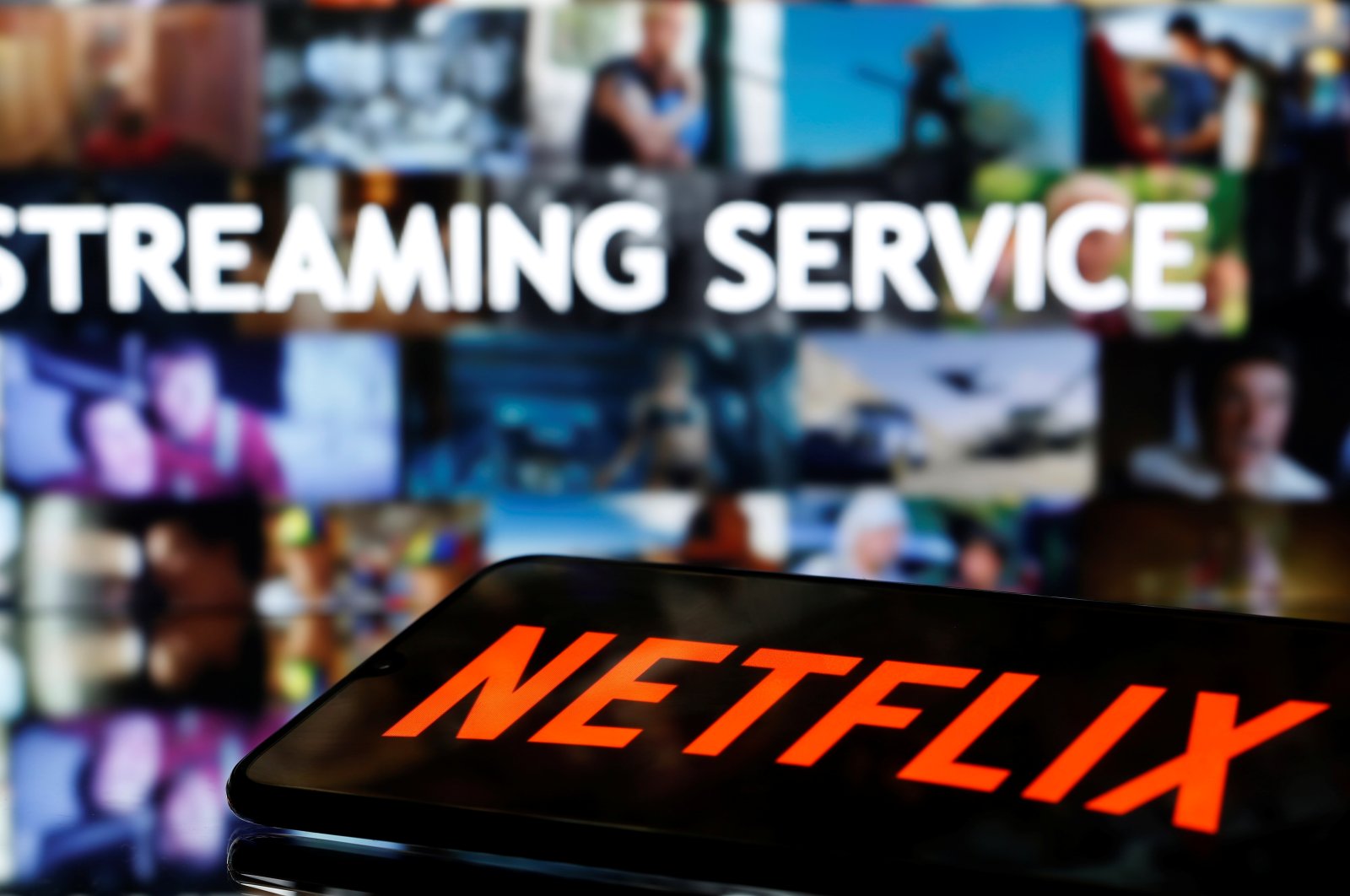 A smartphone with the Netflix logo lies in front of displayed "Streaming service" words in this illustration taken on March 24, 2020. (Reuters Photo)
by DAILY SABAH Dec 03, 2020 2:03 pm
RECOMMENDED

Netflix has decided to ramp up its investments in Turkey, a potentially important and lucrative source of new subscribers as competition mounts, and announced Thursday it will open an office in Istanbul.

The office, which is planned to host the Turkey team, will open its doors in the second half of 2021 and bring with it new employment opportunities, the statement by the U.S. online streaming giant said.

Netflix’s video streaming service is riding a wave of rising popularity spurred by government-imposed lockdowns that corralled people at home during the fight against the coronavirus pandemic.

“I welcome the decision of a global company like Netflix to open an office in our country,” Culture and Tourism Minister Mehmet Nuri Ersoy said on the development.

“In addition to its economic size, our cinema and TV series sector, which has experienced great development especially in the last 15 years, has become one of the important tools of promotion and cultural diplomacy,” Ersoy said in a statement.

He said the fact that TV series and films produced in Turkey can be viewed in 190 countries would make the industry more visible internationally and contribute to the development of film tourism.

“This decision, which clearly demonstrates our commitment to Turkey, will contribute to the production of more Turkish productions that will be enjoyed around the world,” said Netflix Founder and co-CEO Reed Hastings.

“We would like to thank our more than 3 million members and all stakeholders in Turkey for their support,” Hastings noted.

The figure is up from around 1.5 million in 2019. Considering the family accounts among the subscribers, the figure is said to be standing around 10 million.

“Turkey is a very valuable country for us with its rich culture and long-established storytelling tradition. For this reason, we are proud to open an office in Istanbul, a magnificent city,” Hastings said.

Netflix’s move comes after the company was last month granted a license in Turkey by the television watchdog, Radio and Television Supreme Council (RTÜK) to continue operating in the country under new online broadcasting rules. Its major peer Amazon Prime Video also received the license.

Turkey’s new regulation stipulates that content providers should get a fresh license to continue operating in Turkey and comply with RTÜK guidelines.

If they do not respect the guidelines, they will be given 30 days to change their content or face having their licenses suspended for three months and later canceled.

The legislation in August 2019 gives the RTÜK the authority to regulate online radio, television and on-demand broadcasting in the country.

In case the companies do not comply with new rules and do not complete their licensing process, the RTÜK said it would file a criminal complaint against the companies and apply to a penal judgeship of peace for an order to block access.

Netflix operates one of the world’s largest streaming services and has sustained its position at the top by courting new subscribers outside the United States as its U.S. home market matures.

“On this path, with the opening of our Istanbul office, we believe that our close work with our creative teams and stakeholders will continue even more efficiently,” Diştaş said.

“We will continue to present our country’s original stories to 195 million Netflix members.”

Netflix recently launched its “Made in Turkey” content collection, which allows its members around the world to access Turkish productions more quickly.

Users from around the world can access the collection via netflix.com/MadeInTurkey.

Original and licensed productions produced in Turkey can be viewed with subtitles and dubbing options in over 30 different languages.

The U.S., Argentina Australia, the U.K., Brazil, France, India, Spain and Italy are among the countries that displayed the greatest interest in Turkish productions, according to Netflix.

Among other close followers are Canada, Colombia, Mexico, Poland, Saudi Arabia and Chile, it said.

It has invested in local programming and some of its TV series have attracted international audiences, including “The Protector,” about an Istanbul shopkeeper who battles immortal enemies.

The streaming giant has ordered two seasons of “The Gift” – another Turkish supernatural drama – and has commissioned the Turkish series, “Love 101.”