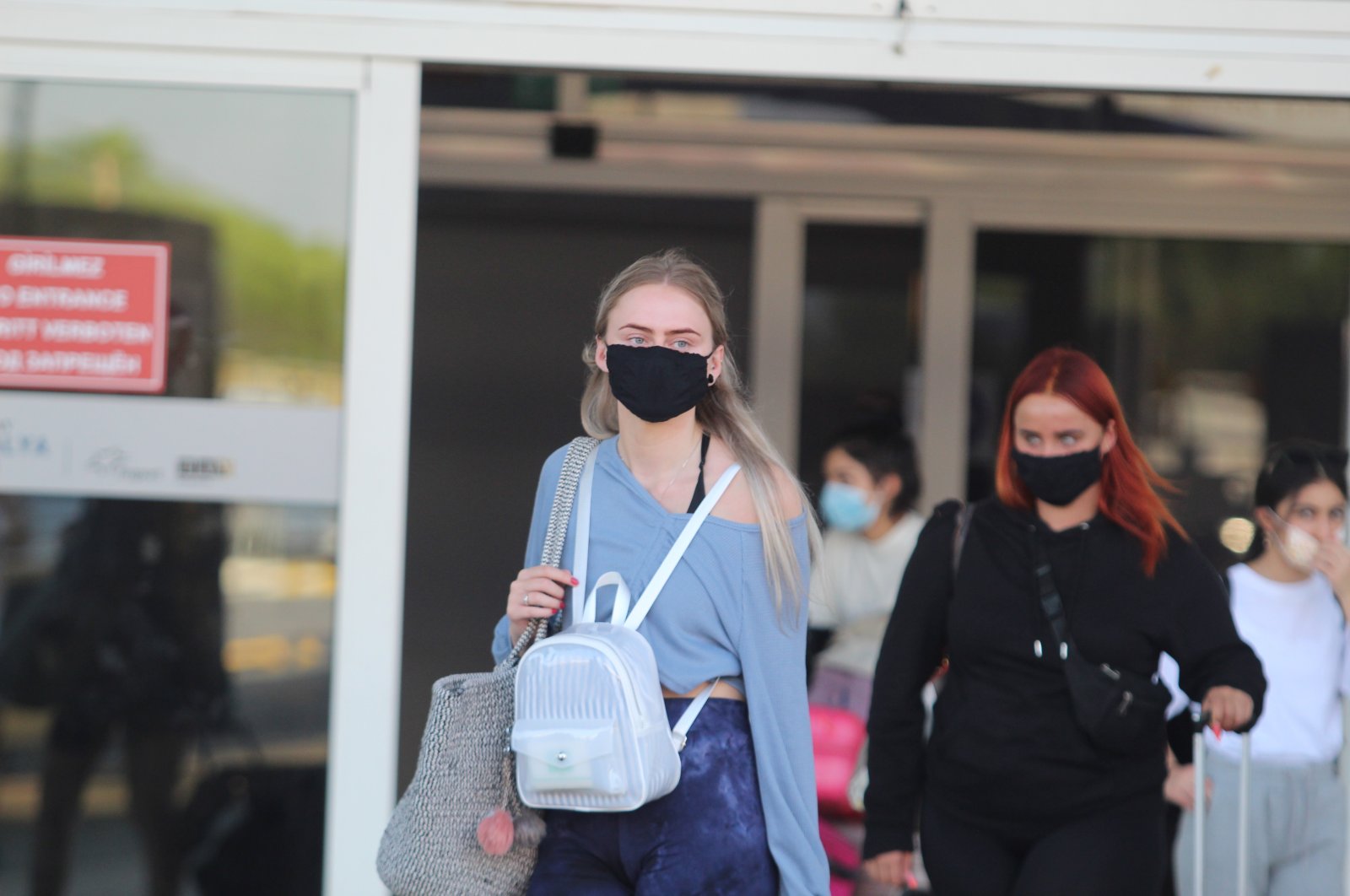 Following U.K. vacationers, sector representatives in southern Antalya hope to see revival in the remainder of the season, expecting to also welcome more than 3 million Russians over the next five months

The Turkish tourism industry is witnessing developments that will help it save at least part of this year’s season, which has been battered by the coronavirus pandemic. The southern Mediterranean resort city of Antalya on Wednesday welcomed its long-awaited first charter plane carrying British tourists, after flights resumed with the U.K. following a nearly three-month hiatus due to the COVID-19 outbreak.

Sector representatives are also hopeful for a rebound of Russian tourists after Ankara and Moscow agreed to resume flights as of July 15. They say some 3 million Russian tourists could arrive in the resort towns through the rest of the season.

Separately, Ukrainian media praised the COVID-19 measures Turkey has taken at its holiday resorts and airports, encouraging Ukrainians, who were among the very first foreign tourist groups to come to the country after the virus halt, to book holidays in Turkey.

The first plane, which came from Manchester, England and was chartered by British tour operator jet2holidays.com, arrived at Antalya Airport on Wednesday carrying 189 passengers.

MTS Globe Tour Director Rahman Kale said that the number of tourists is expected to rise since there are more planned flights from the U.K. A plane from London was set to land Thursday evening, he added.

Kale noted that travelers coming from the U.K. will encourage other European tourists as well, who are still dependent on a decision by the European Union to resume flights with Turkey.

Russian tourists should begin flocking to Turkey with Wednesday’s mutual decision to resume flights in a breath of fresh air for the industry.

The world’s sixth-largest tourist destination, Turkey opened its borders and resumed international flights on June 11 as it gradually eased coronavirus lockdown measures. Before adding Russia to the list, Ankara had resumed flights with 31 countries and was negotiating with 20 others.

The Russian market is of particular significance for Turkey’s tourism as the number of vacationers coming from that country is high and increasing every year. Russian citizens topped Turkey's list of foreign tourists and accounted for 15.6% of all arrivals in 2019, with 7 million visitors, according to Culture and Tourism Ministry data.

Turkey Hoteliers Federation (TÜROFED) Chairman Sururi Çorabatır said the recent announcement by Moscow and Ankara on the flights caused a stir in the sector, adding to hopes of a quick revival.

"Our hotels have completed their preparations for hosting tourists and taken all the necessary precautions. More hotels will open their doors in line with the coming demand. We are ready to welcome guests from all over the world,” he said.

Turkey Travel Agencies Association (TÜRSAB) Chairperson Firuz Bağlıkaya also referred to the decision between the two countries as a very important step, saying that the Russian market holds strategic importance for the sector, especially in the country's Mediterranean and Aegean provinces.

Neşet Koçkar, the chairperson for the Anex Tourism Group, one of the leading tour operators in Russia, said they have planned the first charter flight from Russia for July 25 for passengers who had previously booked holidays but postponed them due to the outbreak.

Koçkar said that current demand is mostly from the country’s internal market and Ukraine but added that “if there is no extraordinary situation due to the pandemic, we will catch up the figures of the previous year in the next five months, and we can even pass it because the season seems to be prolonged to October and November."

Mediterranean Tourist Hoteliers and Operators Association (AKTOB) Chairman Erkan Yağcı highlighted that the Russian market is the backbone of the tourism sector in Antalya, saying domestic demand should be supported with foreign demand.

The chairwoman of the Russian Art and Culture Association in Antalya, Irina Balcı, stated that everyone missed their holidays very much during the quarantine, thus demand will be high.

“We are very glad that the flights are starting,” she said, noting that she is constantly being asked by her friends and relatives in Russia, who come either to visit their relatives in Antalya or to spend their holidays, on when flights would resume. The province is home to around 100,000 Russians.

According to the Antalya Provincial Directorate of Culture and Tourism, the southern resort city last year welcomed a record 15.64 million tourists. Of those, 5.58 million arrived from Russia, an all-time high. The same figure stood at 4.8 million in 2018 and 3.8 million in 2017.

National flag carrier Turkish Airlines (THY) on Monday said it plans to resume flights to six Russian cities in August.

Shares of THY and budget carrier Pegasus Airlines rose more than 3% on Thursday after Turkey and Russia agreed to resume flights.

Meanwhile, Ukrainian media praised Turkey’s COVID-19 measures in its resort cities, saying that the risk of catching the disease is even higher in Ukraine than in Turkey.

A report by the Ukrainian Independent Information Agency of News (UNIAN) said Ankara took comprehensive measures against the virus and created a safe environment for vacationers. Referring to actions taken at Turkey's airports and in its resort towns and comparing them with the practices in Ukraine, the report dubbed the measures as very successful.

The program sets out a series of measures to protect the health of travelers and employees of various sectors, including accommodations and transportation.

The coronavirus crisis decimated tourism in developing countries such as the Dominican Republic, Vietnam and Cambodia, and in Turkey, in the first half of the year, battering a sector vital to many economies, high-frequency data by the Institute of International Finance (IIF) showed.

Tourist arrivals tumbled by nearly 100% in the Dominican Republic and Turkey in May, while Vietnam suffered a similar wipe-out in June and Cambodia in April, the IIF report found.

Smaller countries such as Cambodia, Georgia and Croatia felt the hit especially keenly, as international tourism receipts account for more than a fifth of their gross domestic product (GDP), the IIF said.