Accommodation rates in Turkish facilities rise by 12% in 2019 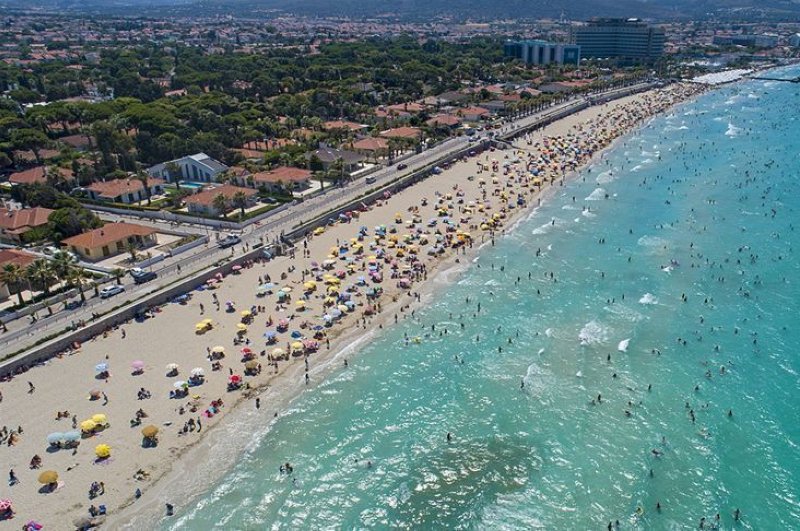 The number of stays by tourists at Turkey’s accommodation facilities surpassed 80 million in 2019, with a 12.38% increase year-on-year, while overnight stays were recorded at nearly 211 million, increasing by 10.8% compared to the year before.

Around 62.8% of the guests at the accommodation facilities were foreigners, reported Anadolu Agency (AA) citing Culture and Tourism Ministry data.

The report said the number of visitors, who stayed at a ministry or municipality-certified facility, reached 80.8 million.

The average duration of the stays in the facilities was recorded slightly over two-and-a-half days while the occupancy rate was 53.48%.

Some 24.68% of the overnight stays recorded last year were in municipality-approved accommodation facilities while 75.32% of them were in ministry-approved facilities.

The highest occupancy rate in 2019 was recorded in August at 77.5% while the lowest levels were between November and March.

The southern Turkish resort city of Antalya was the leading province with the highest number of tourists staying at the facilities. It was followed by Istanbul, western Muğla and İzmir provinces and the capital Ankara.