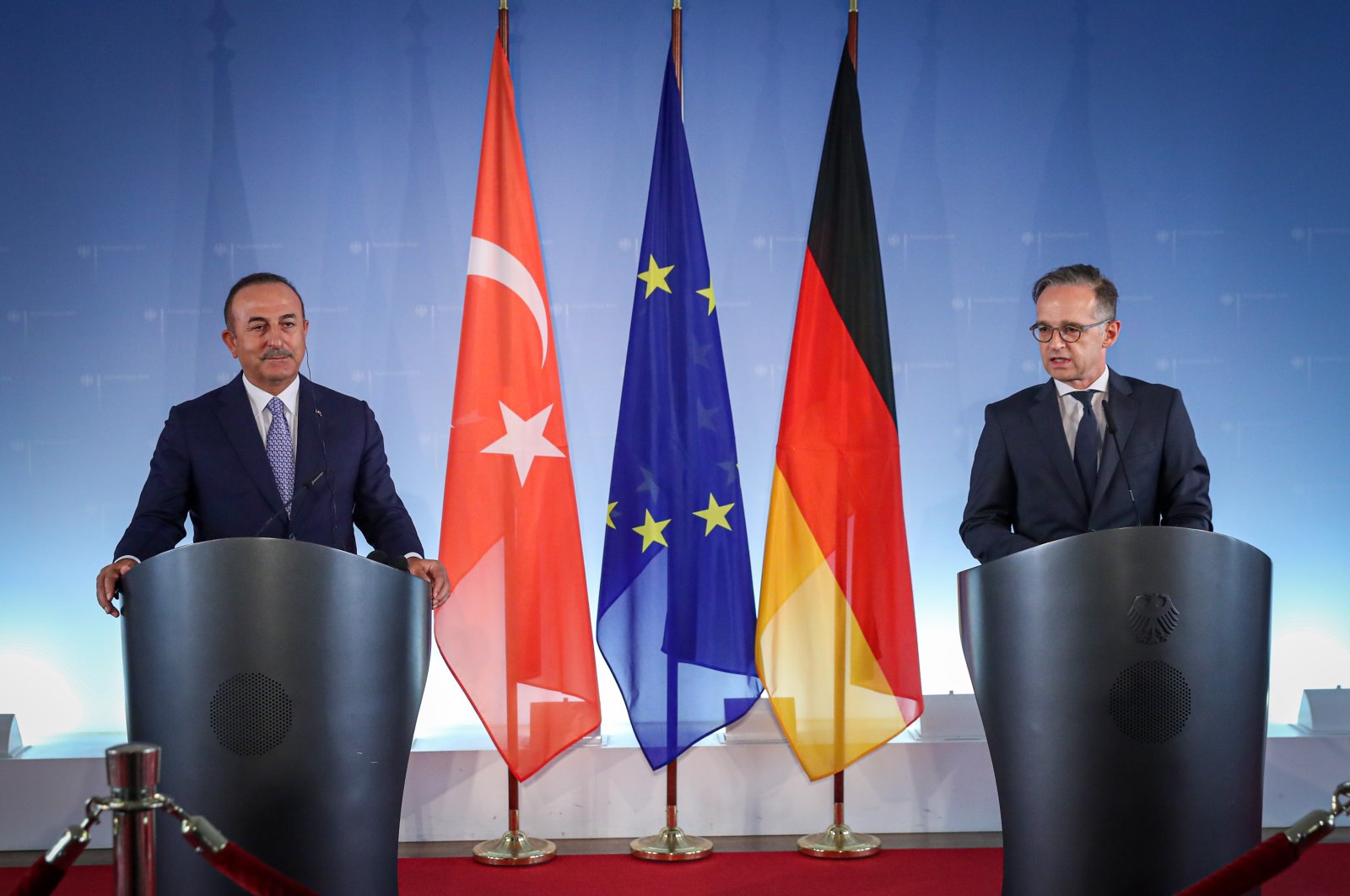 Evaluations regarding the travel warning should be based on the objective criteria, Foreign Minister Çavuşuoğlu said, also stressing that Ankara has taken all the necessary measures to ensure the safety of tourists

Turkey on Thursday called on Germany to review its travel warning against Turkey due to the coronavirus outbreak and on the European Union to add Turkey to its “safe list,” a list of countries that were classified by the 27-member bloc as a safe destination for travel.

“Germany needs to review this travel warning. It needs to be (reviewed) within the framework of objective data. Our German friends also want to come to Turkey on holiday,” Foreign Minister Mevlüt Çavuşoğlu said during a joint press conference with his German counterpart Heiko Maas in Berlin.

Accompanied by Culture and Tourism Minister Mehmet Nuri Ersoy and Deputy Health Minister Emine Alp Meşe, Çavuşoğlu was in Berlin to discuss with German officials the pandemic tourism among other issues. Germany is a key source of tourists for Turkey.

The foreign minister said developments, measures and data regarding the COVID-19 process were shared with counterparts during the visit.

Ankara on Wednesday said it is disappointed by the EU’s decision to exclude it, along with the United States and other countries, from a list of 15 countries recommended for nonessential travel and called on the bloc to correct the “mistake” as soon as possible, citing the measures taken to combat the pandemic as well as efforts and success in this respect.

Separately, German Chancellor Angela Merkel's government last month decided to lift its global travel warning only for EU member states and Schengen associated countries (Iceland, Liechtenstein, Norway and Switzerland), but extended it for all the other countries, including Turkey, until the end of August.

Çavuşoğlu said revising the travel warning was not only important for Turkish tourism but also for the German tourism sector.

"It needs to be evaluated within the framework of objective criteria. We gave the latest figures to Heiko today. Our friends will give it to their interlocutors," he said, adding that Turkey and Germany are both the world's best countries in terms of health care.

The country has recorded 5,150 deaths since the first reported case of COVID-19 while over 200,000 people have been infected, according to Health Ministry figures Wednesday. Around 175,422 patients have so far recovered from the disease.

Since originating in China last December, the coronavirus pandemic has claimed over 516,000 lives in 188 countries and regions. More than 10.7 million cases have been reported worldwide, while over 5.48 million patients have recovered so far, according to figures compiled by Johns Hopkins University.

“While there are some countries on this list where there is no data, no transparency, Turkey isn't. We see here that the decision was made by political motives. Taking decisions with political motives in favor of or against a country in scientific or health matters can mislead us and lead us in the wrong direction. Last year we hosted more than 5 million German tourists in our country. They all returned to Germany with great pleasure,” Çavuşoğlu said.

Earlier on Wednesday, President Recep Tayyip Erdoğan said Europe had maintained “restrictive” policies toward Turkey which were based on political rather than health factors.

Later the same day, Erdoğan and Merkel discussed over the phone, among other issues, bilateral relations as well as the fight against the coronavirus.

“Turkey is ready and has taken all measures to welcome guests from Germany and other countries in a safe and healthy environment,” Çavuşoğlu said, adding that the whole process from facilities, airports to transfers was certificated by German firms and will be audited by them.

The foreign minister also said he has German neighbors in his hometown Antalya and they are starting to come to Turkey. "This is because they see Turkey as a safe country. If the restrictions and travel warning are lifted, they will come more comfortably," he said.

Turkey resumed international flights on June 11 as part of the normalization process. Domestic flights in the country had restarted on June 1.

In the wake of the pandemic, the Culture and Tourism Ministry launched the Safe Tourism Certification in partnership with the Foreign Ministry. The program covers a broad range of safety measures in transport, accommodation and hygiene, both for hospitality employees and tourists, according to the Tourism Ministry.

Travel warning to be regularly reviewed

For his part, Maas said Germany and Turkey will continue their talks on tourism and conditions for lifting coronavirus-related travel restrictions, adding that Berlin will keep reviewing travel advice for Turkey and that any decisions were coordinated with the EU and based on data on infections and the health situation.

Maas said Turkey on Thursday provided detailed information about its COVID-19 containment measures and safe tourism program, which would be reviewed by relevant German and European authorities.

"In the next two weeks, we will have discussions within the EU and would review the list of positive countries," he said. The EU said it will be reviewing the situation every two weeks. "But I cannot prejudge the outcome of our assessment," he added.

"Further steps will follow," said Maas, adding that family visits were excluded from the travel warning. This is crucial for the large Turkish community but Germany is also an important source of tourism for Turkey.

"This is about how we guarantee safe tourism in the corona crisis," said Maas, welcoming the latest information on the situation given him by Çavuşoğlu, adding, however, that could not prejudge future decisions.