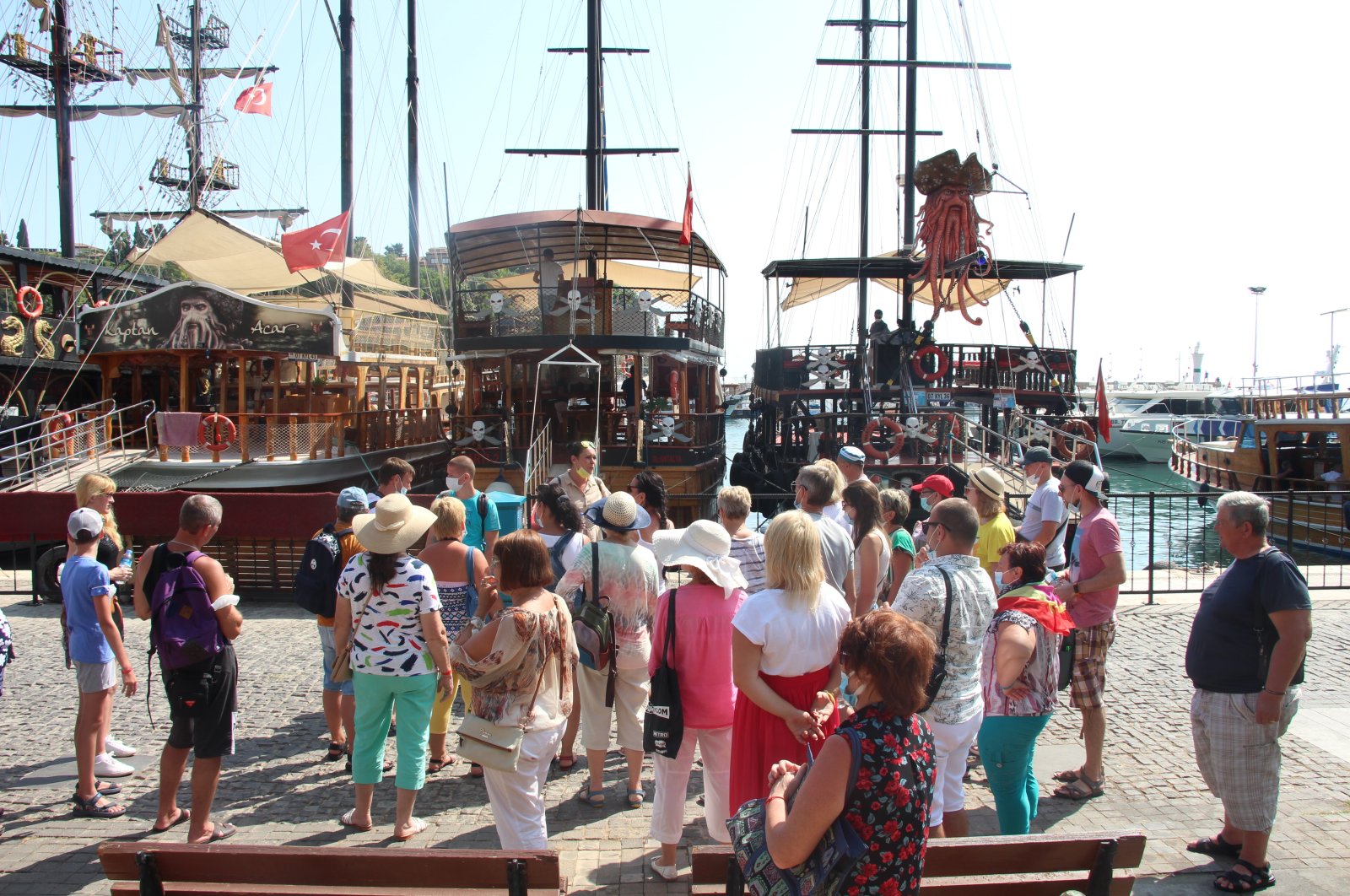 The southern Turkish resort city of Antalya has become the most popular destination this year in the Mediterranean, hosting the highest number of tourists in the region.

Recording its best year in 2019 with more than 15 million tourists visiting the city, Antalya began 2020 with a target of hosting 18 million visitors. However, the province opened the tourism season late due to the COVID-19 outbreak. The arrivals to Antalya saw a noteworthy increase after flights with Russia resumed in August.

The province has attracted more than 2 million tourists from 170 countries between Jan. 1 and Sept. 22. The introduction of the “Safe Tourism Certification Program” earlier this year, coordinated by the Culture and Tourism Ministry along with several other related ministries, including the Health Ministry, helped in increasing the number of tourists coming to the country. Accordingly, Turkey has taken a series of measures at airports, transportation facilities, hotels and other touristic establishments as well.

The program sets out a series of measures for various sectors, including accommodation, transportation, the health status of travelers and employee facilities for those looking to spend their vacation in Turkey. Information about those measures has been shared with foreign diplomats, tourism agencies and press members, who were able to examine the measures on-site.

He said that the Mediterranean region, one of the three most important tourism spots in the world with half a billion visitors annually, has suffered a loss of 72%. Yavuz added that Mediterranean countries including Morocco, Portugal, France, Spain, Greece, Croatia, Tunisia, Egypt and Turkey have taken measures against the epidemic as they try to increase their share of the tourist season as well.

He noted that there has been strong competition, especially between Croatia, Greece, Turkey and Spain, since June.

"Major operators canceled their flights to Barcelona, Madrid, Mallorca and Canary Islands after the people infected each other at parties in Spain and Croatia. Also, travel warnings to these regions were issued along with Croatia’s Adriatic shores and Dubrovnik. With the restarting of flights from Russia on Aug. 10, Turkey became the leading destination in the Mediterranean,” he said.

By August, 50 diplomatic mission representatives and 52 foreign press members based in Turkey, along with their families, had been hosted in southern Antalya province on the Mediterranean coast, and a total of 70 tourism agency representatives from Germany, Austria, Switzerland, Ukraine and Indonesia were also invited to several other promotion events along with members of the press from those countries.

“Antalya is the leader of tourism in September. The steps of tourism professionals and diplomacy have brought this success,” he said.