As cruise liners prepare to sail again, choppy waters ahead for Turkey tours 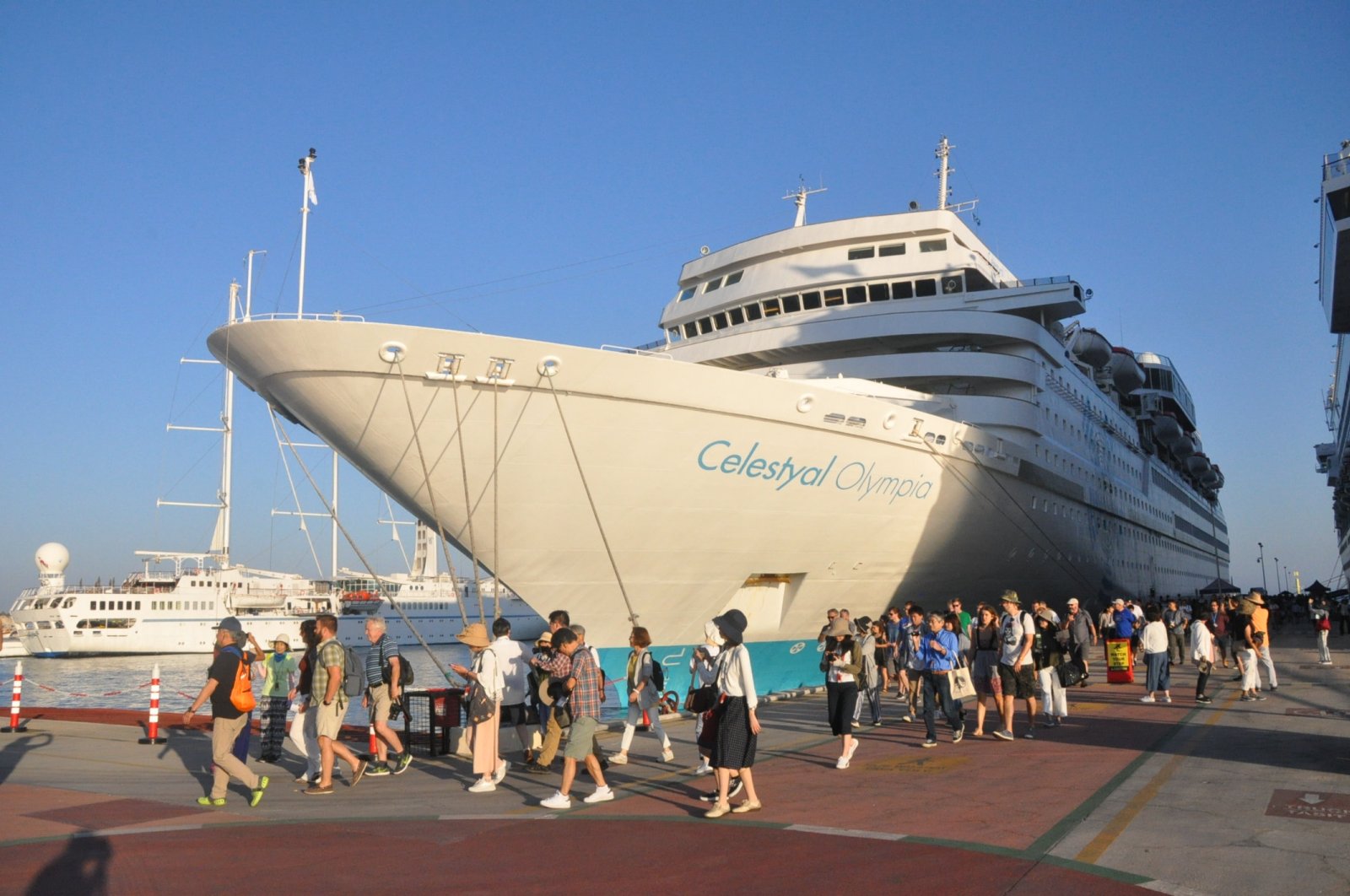 Cruise companies, whose businesses were interrupted with COVID-19 related travel restrictions, along with the negative images of stranded ships with passengers that made the headlines when the pandemic first started to be spread around the world, have begun reshaping their cruise planes and travel routes with the onset of normalization. While the priority routes have been determined as European ports, some companies have also included Turkey in their plans.

Italian Costa Cruises has announced that Turkish ports were included in the company’s winter season plans, which is waiting for approval from the Italian governmental authorities to resume its tours.

Greek Celestyal, meanwhile, which has the most frequent cruise tours to Turkish ports will start operating voyages in 2021. The MSC has not yet given a certain date for operating tours to Turkey again.

The cruise companies which had previously limited their tours to Turkey between 2017 and 2019 were expected to make a return to the country as of 2020, which turned out to be difficult with the pandemic.

The Association of Mediterranean Cruise Ports (MedCruise), which represents 120 ports in 31 countries in the cruise sector, most recently on June 26 hosted the world's leading cruise industry representatives at its webinar meeting which was also attended by Turkey’s Maritime Chamber of Commerce (DTO) Izmir Branch Chairman Yusuf Öztürk.

Speaking to Turkish daily Dünya, Öztürk said that as discussed during the webinar, Costa Cruises CEO stated that the tours to Turkey will resume soon and that the Turkish ports were included in the company’s November-December 2020 plan.

Costa Cruises CEO Neil Palomba informed sector representatives during the meeting that the company presented a detailed protocol to the Italian State and Local Authorities and the Italian Coast Guard Authority, which included various measures such as social distancing rules, disinfection process, temperature measurement systems, passenger capacity to be hosted on ships, isolation cabinets, air conditioning as well as systems where clean air will be used to the maximum extent in the ship, measures to be taken in any negative situation and other health measures.

The company plans to start operating again as of Aug. 1 in the Mediterranean after the protocol was approved by the Italian authorities.

According to its program, on Aug. 1, a ship will depart from Trieste, Bari and set sail for Malta, passengers of which will all be Italian citizens. The second ship will depart from Savona with its guests consisting of Italian, French and Spanish citizens on Aug. 15 and return to Rome after stopping by at Marseille and Barcelona. Another ship will depart on Sept. 1 and will be open to citizens of all countries. All three of these trips will be made with separate cruise ships.

MSC cruise company, with a previous statement made in January, included Turkish harbors in its plan for the 2021 season and planned to send two vessels to Istanbul and Kuşadası in western Turkey.

It was planning to carry an average of 212,500 passengers to Turkey and host 10,000 guests from the country. However, the outbreak has changed company plans.

Company officials, speaking to Dünya, said that they had to make compulsory changes to their fleet and that the tours to Turkey were postponed to a yet ambiguous date.

“We look forward to welcoming our guests the next time we arrange tours from Turkey. Our belief is that we will sail through this challenging process to beautiful days,” the company officials were quoted as saying by Dünya.

Celestyal Cruises, which has the most frequent tours to Turkish harbors, has decided to postpone all of its planned tours to next year, starting from March 2021.

The company has previously planned 104 tours to Turkish ports, including those in Istanbul and Kuşadası, and was the first cruise liner that was expected to anchor at the country’s newly build Galata Port in Istanbul.

“However, due to the uncertainty in travel restrictions in our international markets and advanced health protocols to be applied to EU cruise operations, we have rediscussed the season opening and decided to delay the continuation of cruise operations to next year,” she noted.

Öztürk also spoke on the measures that Turkey needs to take in order to ensure that cruise companies add the country to their travel routes.

He said that comprehensive information indicating that Turkey's ports have taken all the measures against COVID-19 and are ready to welcome cruise ship passengers will be conveyed to the cruise operators.

Explaining the measures taken on ships and ports in detail through the media and establishing confidence in the sector are also significant, he informed, adding that cooperation with all segments benefiting from this sector should be strengthened in revitalizing cruise tourism, from tourism agencies to local administrators at ports.

Some steps should be taken to ease businesses of cruise lines that suffer economic losses, in particular, state ports should take measures to reduce costs of cruise companies, Öztürk added.