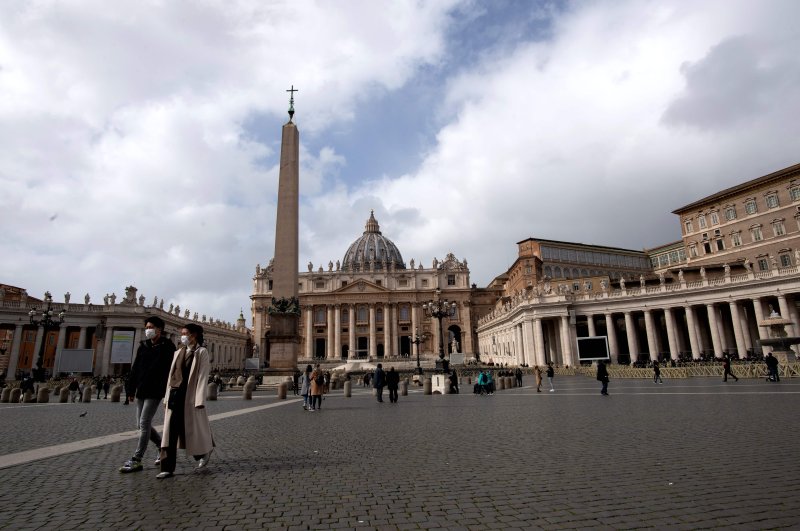 Twenty seven people died in Italy over the past 24 hours due to the COVID-19 virus, bringing the total toll to 79, Italy’s Civil Protection Agency said. The total number of cases rose to 2,502.

The tourism sector in the country has been hit particularly hard, with lots of airlines cutting or reducing flights to the north, where the outbreak is concentrated, and hotels reporting widespread cancellations while monuments and museums lie eerily empty.

Many Ash Wednesday services were canceled and a football match between Inter Milan and Ludogorets was played without fans on Tuesday.

Italy urged tourists spooked by the coronavirus not to stay away, but efforts to reassure the world it was managing the outbreak were overshadowed by confusion over case numbers. Hotel bookings in Milan have plummeted to 20 percent, compared to nearly 90 percent normally at this time of year, while in Rome, far from the northern hotspots over 50 percent of bookings have been canceled until the end of March, hotel association Federalberghi said.

Very few people were seen in the area surrounding the Colosseum and Piazza Navona, which would usually be full of tourists, in Rome, Italy on Monday.

The virus has infected more than 89,000 people and killed over 3,000 worldwide. And while most cases were relatively mild, quarantines, supply-chain disruptions and reductions in tourism and business travel are wreaking havoc on the global economy.

The vast majority of cases have been in China, but South Korea, Italy and Iran have also emerged as hotspots.