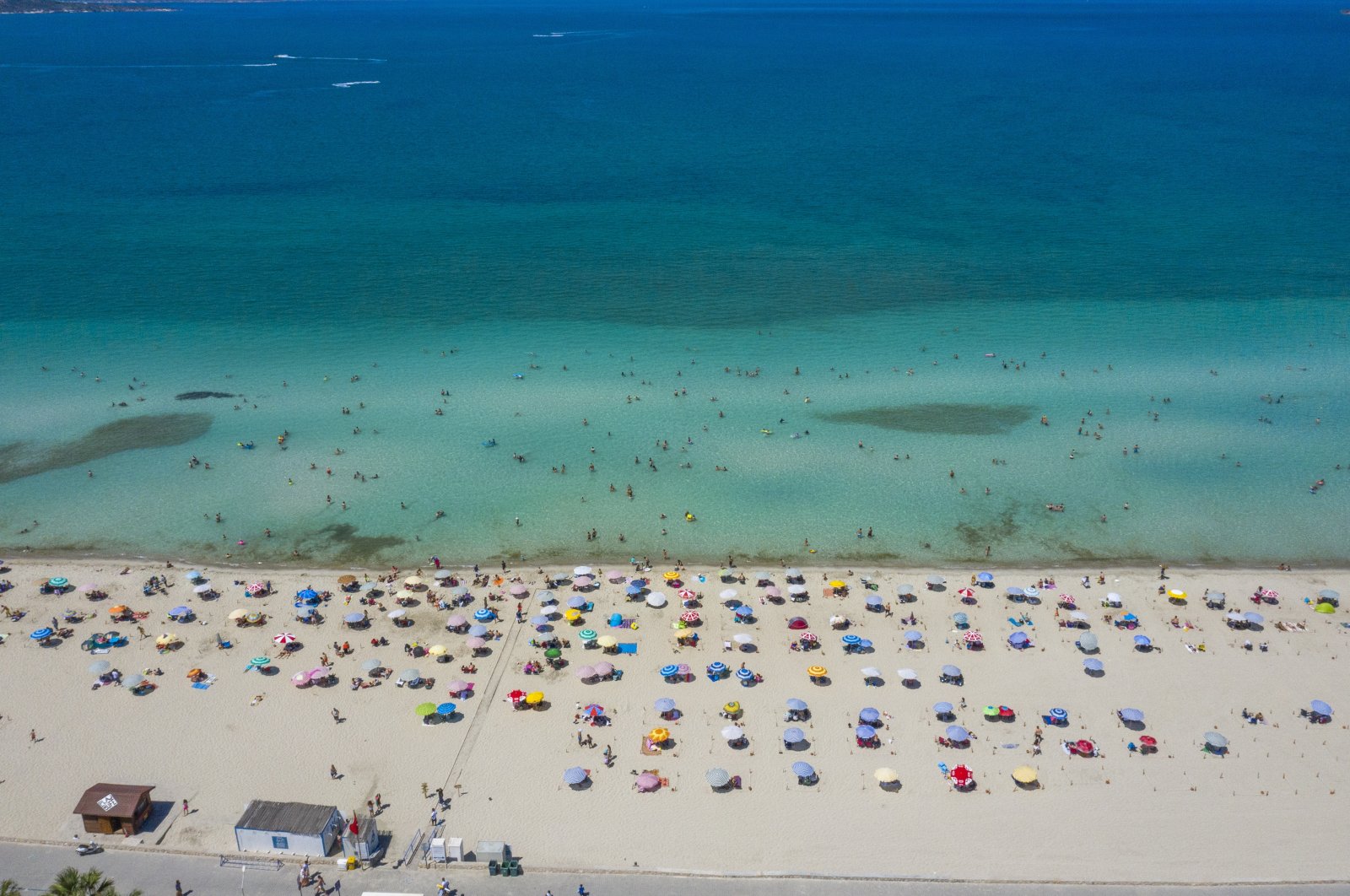 The number of foreigners arriving in Turkey hit a 21-month high in July in a major rebound for one of the country’s most critical industries, bolstered by the gradual easing of coronavirus-related travel restrictions around the world.

Turkey hosted more than 4.36 million tourists last month, up by a whopping 367.5% from a year ago when only 932,927 foreigners arrived, data from the Culture and Tourism Ministry showed Monday. Over 2 million tourists had arrived in June, more than doubling the May figure.

The July figure marked the highest level since October 2019 but was still down 86% versus the same month of that year before the eruption of the pandemic dealt a major blow to international travel.

In a separate encouraging development, British media reported over the weekend Turkey could be struck off the U.K.’s red travel list in the coming days.

Turkey is said to be moved to the "amber list," which would allow double-jabbed Britons and all under 18s to enjoy quarantine-free travel to the country.

Having attracted around 2.3 million British holidaymakers a year before the pandemic, Turkey has been the most popular destination still on the red list, which requires all returning travelers to quarantine in a hotel for 10 days.

Pressure has been mounting for Turkey to be axed from the list ahead of the government’s update to the traffic light system this week, according to The Times.

Paul Charles, the founder of the PC Agency travel consultancy, told The Times: “Turkey very much deserves to be on the amber list as it has some of the best COVID-19 safety policies in place, especially in hotels and other tourist areas and has worked hard to reduce its infection rates.

“Many agree it feels safer there than it does in the U.K.”

Despite crowds from other nations, the absence of Britons has somewhat stalled Turkey’s long-awaited tourism rebound this year.

Russian tourists began arriving in Turkey in late June after Moscow lifted its two-month suspension in flights it had imposed due to concerns about a surge in COVID-19 cases in April.

On the other hand, Turkey has been among the nations that the German government earlier this month designated as a high-risk, triggering a minimum five-day quarantine requirement for those who are unvaccinated.

Germany had in June removed the country from the list as daily coronavirus infections dropped.

Turkey has long been a top destination for German holidaymakers but the arrivals fell sharply last year due to virus-related travel restrictions and quarantine measures.

Over 10 million tourists in 7 months

Overall, some 10.88 million foreign visitors arrived in total from January through July this year, the data showed.

The metropolis Istanbul was the top destination in the seven-month period, attracting around 38.2% of foreign visitors, or 3.85 million people.

The Mediterranean resort city of Antalya followed with 3.26 million and Edirne in northwestern Turkey, which borders both Bulgaria and Greece, with some 1.22 million.

While many businesses suffered during the pandemic, tourism has been clobbered by restrictions: In 2019, it brought in $34.5 billion and a record of nearly 52 million visitors.