Foreign arrivals in Türkiye leap over 38% to sustain strong recovery 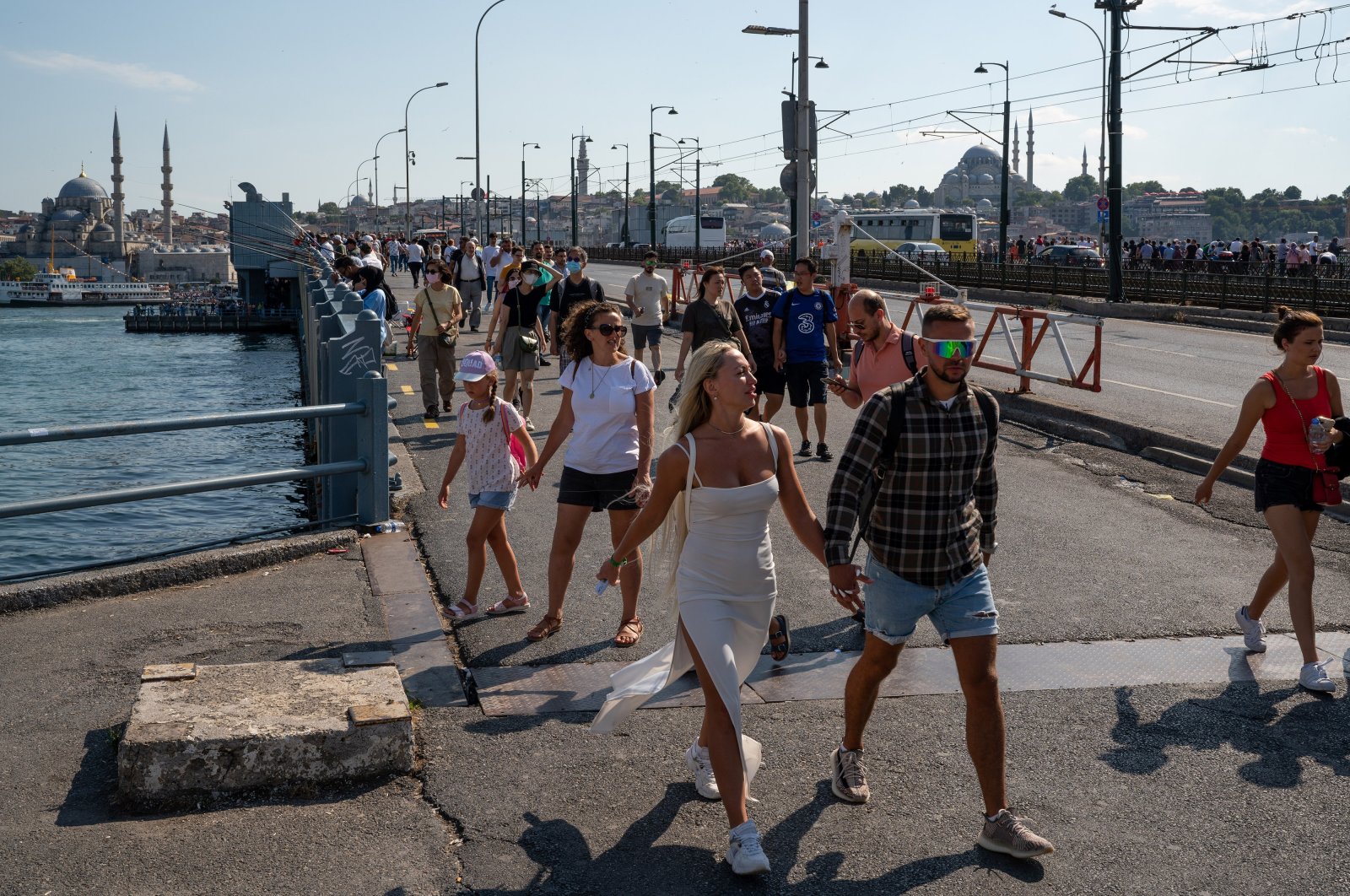 The number of foreign visitors arriving in Türkiye jumped 38.4% from a year earlier in October, official data showed on Monday, sustaining a strong recovery from the slump which began in 2020 due to the COVID-19 pandemic.

In addition to the influx from Russia, the rebound this year has been driven by a major leap in demand from Europe, spearheaded by Germany and the United Kingdom.

Russian visitors, hit by flight restrictions applied by Western countries after Russia’s invasion of Ukraine, topped the list among nations in October with 467,814 arrivals.

Istanbul, Türkiye’s most famous province and the largest one by population, was the top draw for foreign visitors, welcoming 13.4 million tourists from January through October this year.

It was followed by the Mediterranean resort city of Antalya with 12.2 million visitors, while Edirne, a northwestern province bordering Bulgaria and Greece, welcomed nearly 4 million tourists, the data showed.

Germans made up 13.3% of all visitors in the 10-month period with 5.3 million, followed by Russians with 4.6 million, Britons 3.2 million, Bulgarians 2.3 million and Iranians with 2 million.

If Turkish citizens living abroad are added to the count, the 10-month figure reaches 45 million.

Tourism revenues are vital to Türkiye’s economy as the government’s new economic program focuses on flipping the chronic current account deficits to a surplus, prioritizing exports, production and investments, and aiming to lower the increase in consumer prices.

The government raised its year-end tourism targets for the second time this year in late October. It now expects 50 million tourists and $44 billion in revenues, up from 47 million and $37 billion set in July and 45 million arrivals and $35 billion in income it had estimated at the beginning of the year.

The number of foreign visitors soared 94.1% to 24.71 million last year when COVID-19 measures were eased compared to 2020. Tourism revenues doubled to almost $25 billion but remained well below the level recorded in 2019.