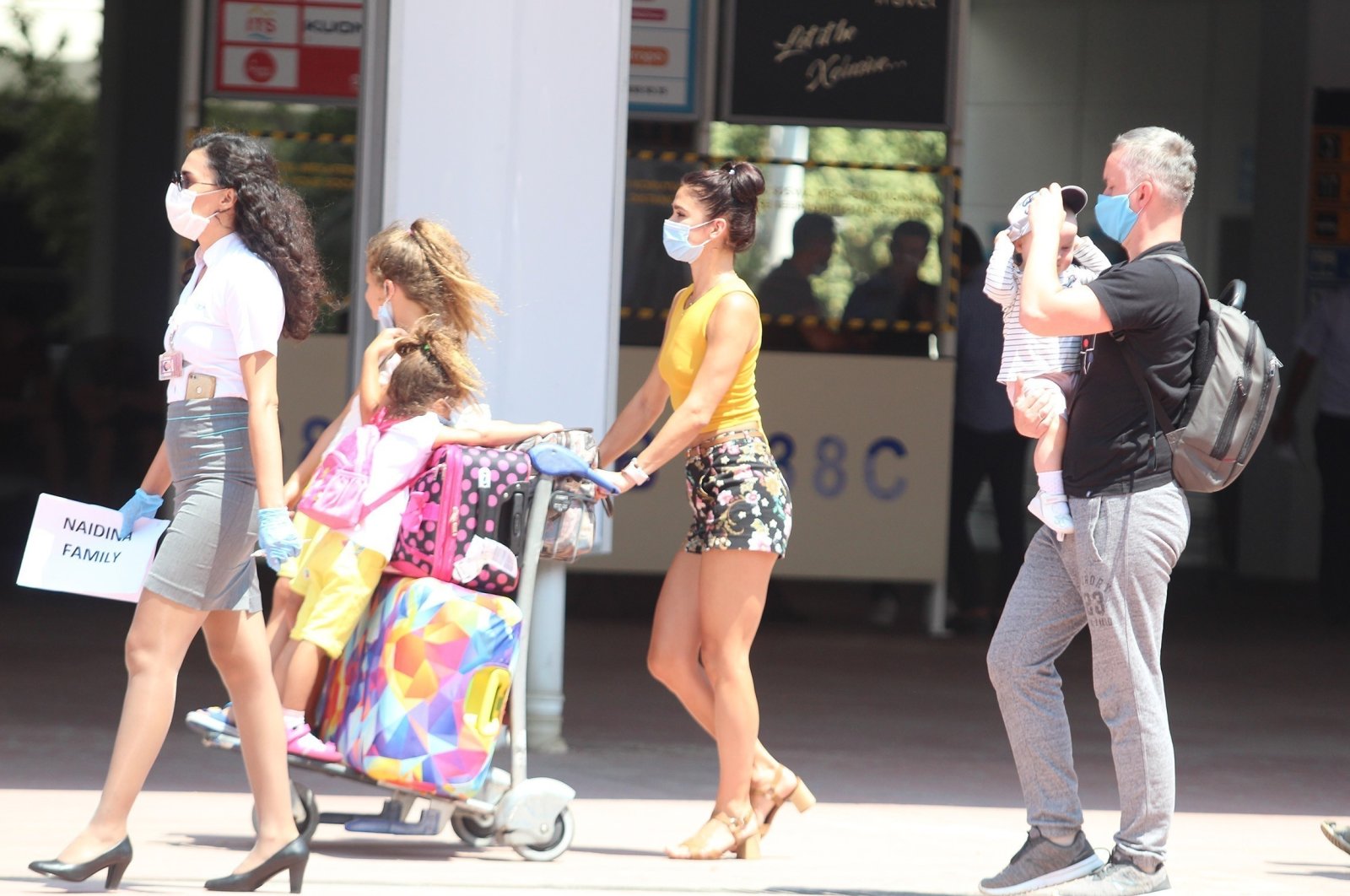 The southern Turkish resort city of Antalya has been seeing an increase in the number of tourists from Ukraine, Moldova and Kazakhstan. Despite the coronavirus outbreak that halted tourism, the number of vacationers from these countries increased in October in comparison to the same month last year.

The Culture and Tourism Ministry kicked off a “Safe Tourism Certificate” program at the very beginning of the virus outbreak, implementing several measures to curb the spread of the disease, allowing tourists to return to the country safely.

A total of 700,090 tourists visited the city in October. Around 102,117 of those were Ukrainians, compared to the 72,474 that visited the country in the same month last year.

Around 6,668 tourists from Kazakhstan visited Antalya in October 2019. This number increased to 7,130 this year. Moldova was also among the countries that have sent an increased number of tourists to Turkey’s Antalya with 5,880 visitors this year, up from 3,574 last year.

Ülkay Atmaca, head of Turkey's Professional Hotel Managers Association (POYD), told Anadolu Agency (AA) Wednesday that it is more important that tourists are now returning to the city than the numbers.

According to the Culture and Tourism Ministry data, Turkey welcomed some 9.46 million foreign visitors during the first nine months of the year.

The country’s tourism revenue also fell 71.2% to $4 billion (TL 33.74 billion) in the third quarter of this year, according to the Turkish Statistical Institute (TurkStat).