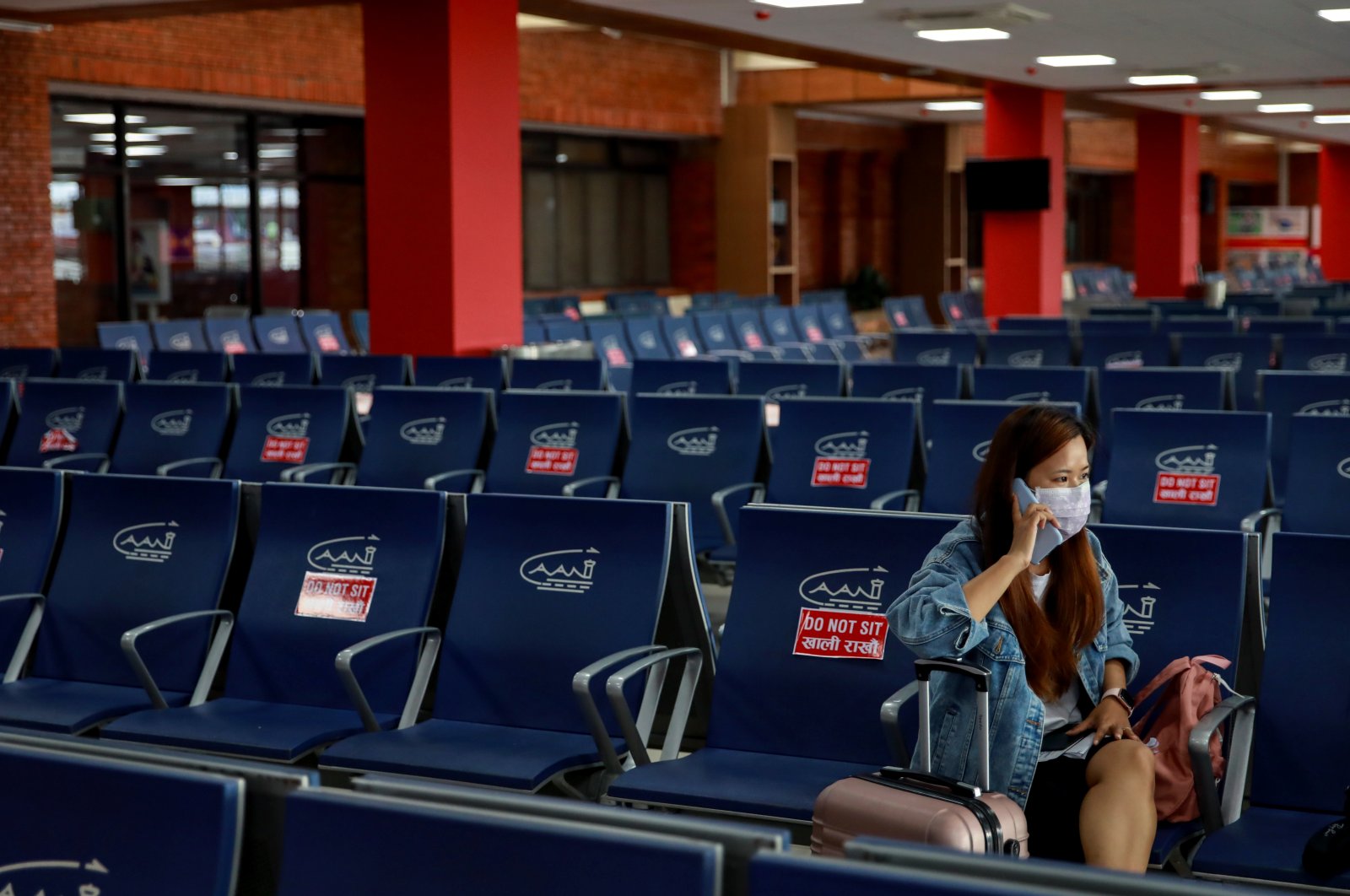 A passenger waits to board her flight at Tribhuvan International Airport after it reopened with limited international flights amid the spread of COVID-19, in Kathmandu, Nepal, Sept. 2, 2020. (Reuters Photo)
by Anadolu Agency Sep 02, 2020 9:44 am

Demand saw a slight recovery from the previous month, having posted a 96.8% annual decline in May, the IATA said in a press release.

Reopening the aviation market in the Schengen Area contributed to international demand in Europe, but other global markets posted slight changes in July compared to June, it noted.

"Governments reopening and then closing borders or removing and then re-imposing quarantines does not give many consumers confidence to make travel plans, nor airlines to rebuild schedules," he added.

The press release also showed that domestic air traffic was down by 57.5% in July, after a decline of 68% in June.

Since originating in China last December, the pandemic has infected millions of people and claimed hundreds of thousands of lives globally.