International tourism to drop by up to 80% in 2020 due to pandemic, UN says 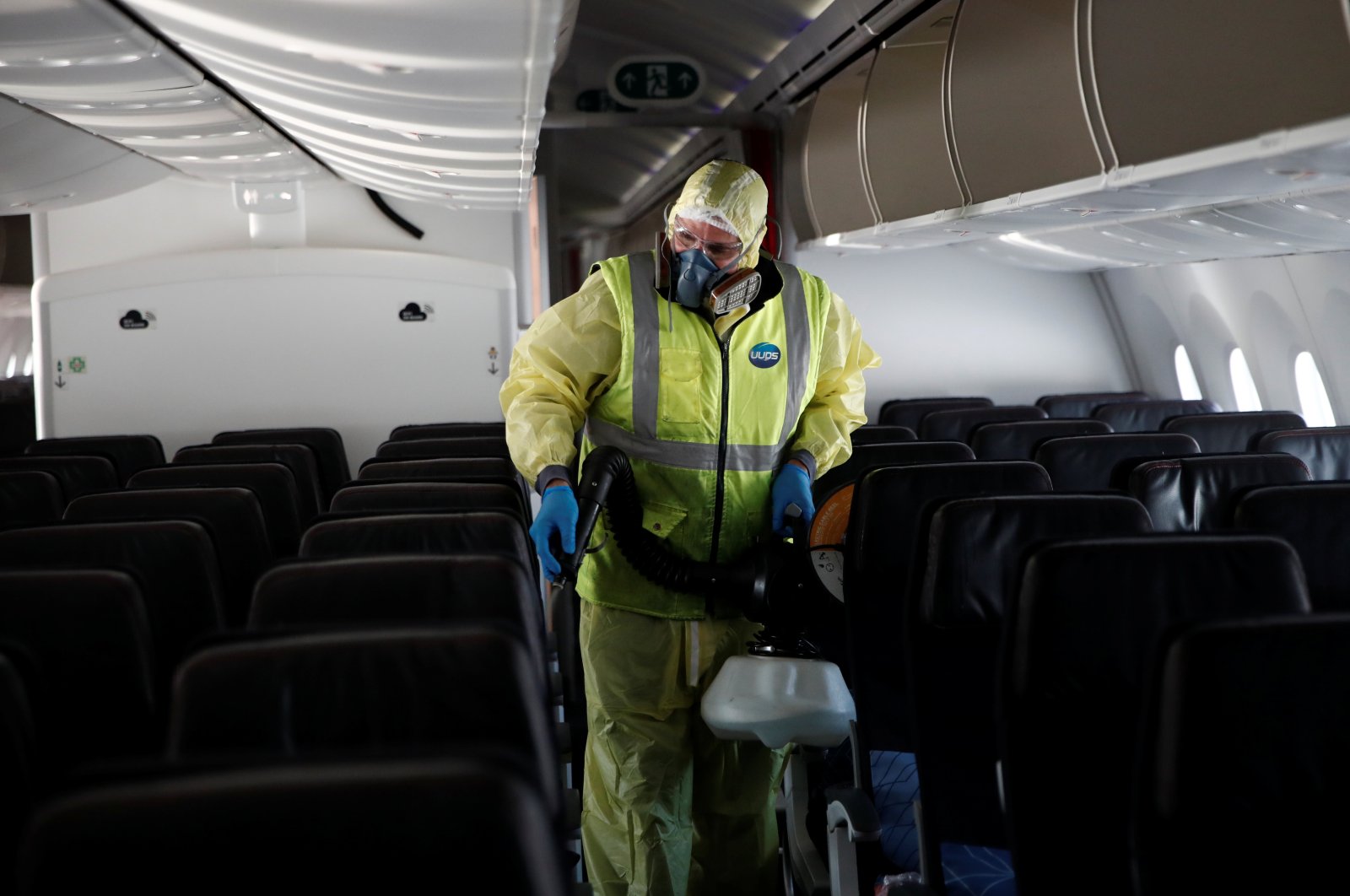 A worker, wearing a protective suit, sprays disinfectant inside an Air France Boeing 787 aircraft during a presentation of new security and health measures at Paris Charles de Gaulle airport in Roissy-en-France during the outbreak of the coronavirus in France, May 6, 2020. (Reuters Photo)
by French Press Agency - AFP May 07, 2020 11:50 am
RECOMMENDED

The number of international tourist arrivals will plunge by 60% to 80% in 2020 because of the coronavirus pandemic, the World Tourism Organization said Thursday, revising its previous forecast sharply lower.

Widespread travel restrictions and the closure of airports and national borders to curb the spread of the virus had plunged international tourism into its worst crisis since records began in 1950, the United Nations body said in a statement.

Tourist arrivals fell by 22% in the first three months of the year, and by 57% in March alone, with Asia and Europe suffering the biggest declines, according to the Madrid-based organization.

"The world is facing an unprecedented health and economic crisis. Tourism has been hit hard, with millions of jobs at risk in one of the most labor-intensive sectors of the economy," the body's secretary-general, Zurab Pololikashvili, said.

Airlines have suffered the most since the outbreak began with most flights grounded, but hotel groups, cruise operators and tour operators are also reeling.

The U.N. body said the full extent of the fall in international tourism would depend on how quickly international borders open again.

Under a best-case scenario, with travel restrictions starting to ease in early July, international tourist arrivals could fall by just 58%.

If borders and travel restrictions are only lifted in early December the fall would be more on the order of 78%.

If the restrictions are lifted in early September, the U.N. body predicts a fall of 70%.

Under these scenarios, the drop in international travel could lead to a loss of $910 billion to $1.2 trillion in export revenues from tourism, and of 100 million to 120 million direct tourism jobs.

While international tourism has taken a hit from the outbreak of disease in the past, the new coronavirus is unprecedented in its geographic spread.

By comparison, international tourism arrivals fell by just 0.4% in 2003 after the outbreak of SARS, which killed 774 people worldwide.

The U.N. body said most experts believe there will be signs of recovery by the final quarter of 2020, with domestic demand expected to recover faster than international demand. Asia and the Pacific were expected to rebound first, it added.

"Based on previous crises, leisure travel is expected to recover quicker, particularly travel for visiting friends and relatives, than business travel," it added.

The body had forecast at the beginning of the year that international tourism would grow by 3%-4% in 2020 but then revised its forecast at the end of March, predicting a 20%-30% decline.

International tourism arrivals rose by 4% in 2019 to 1.5 billion, with France, the world's most visited nation, followed by Spain and the United States.

The tourism industry accounts for about 10% of the world's gross domestic product (GDP) and jobs.