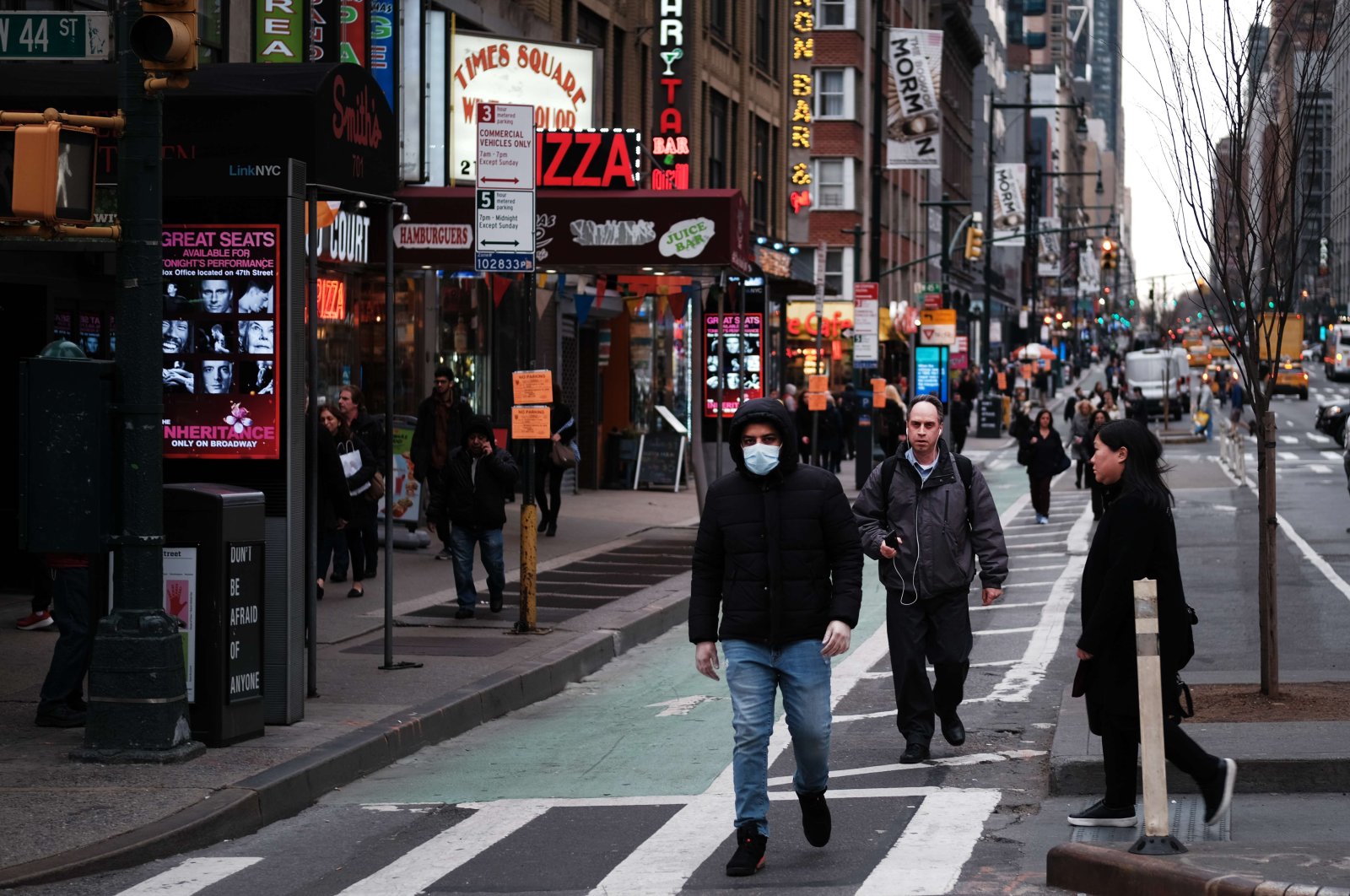 People walk near the Theater District in Manhattan on March 12 in New York City. New York City's Broadway theaters will need to close by 5 p.m. Thursday after New York Gov. Andrew Cuomo announced a ban on gatherings of 500 people or more amid the growing coronavirus outbreak. (AFP Photo)
by REUTERS Mar 13, 2020 4:09 pm
RECOMMENDED

The coronavirus epidemic is putting up to 50 million jobs in the global travel and tourism sector at risk, with travel likely to slump by a quarter this year and Asia the most affected continent, the World Travel and Tourism Council (WTTC) said Friday.

This impact will depend on how long the epidemic lasts and could still be exacerbated by recent restrictive measures, such as those taken by the U.S. administration on travel to Europe, WTTC's managing director, Virginia Messina, told Reuters.

"Certain measures are not helping, and they can prompt the economic impact to be way more significant," Messina said referring to the U.S. decision.

She argued that such policies are too generic and have not proven to be effective in containing the virus. She also said that such restrictions could complicate travel for medical experts and the delivery of medical supplies.

Around 850,000 people travel each month from Europe to the United States, contributing $3.4 billion monthly to the U.S. economy, Messina said.

Of the 50 million jobs that could be lost, around 30 million would be in Asia, 7 million in Europe, 5 million in the Americas and the rest on other continents, she projected.

The equivalent to a loss of three months of global travel in 2020 could lead to a corresponding reduction in jobs of between 12% and 14%, the WTTC said, also calling on governments to remove or simplify visas wherever possible, cut travel taxes and introduce incentives once the epidemic is under control.

She also encouraged flexibility in the sector so that travelers can postpone and not cancel their plans.

By sector, airlines and cruise ships are currently feeling the strain more than hotels, the official added.

The tourism industry accounts for 10% of the world's GDP and jobs.

The WTTC official defended quarantining certain towns, as is currently happening in Italy and Spain, if health officials recommend it to contain the outbreak, but only in specifically targeted areas or for certain age groups.

Messina estimated that, once the outbreak was under control, it would take up to 10 months for the tourism sector to return to its normal levels.