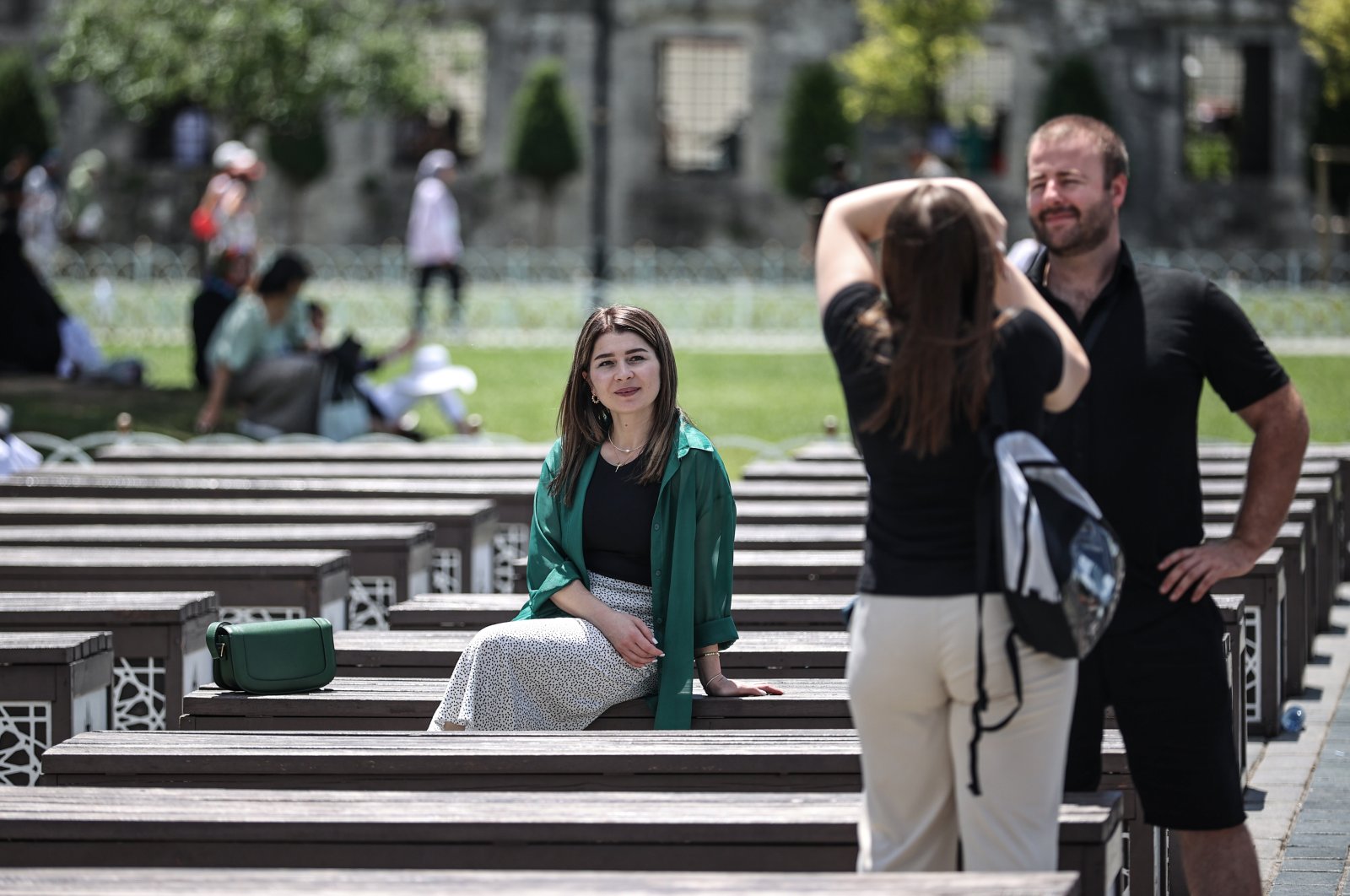 Turkey’s metropolis is being packed with foreign tourists as arrivals in June topped pre-pandemic levels and more than doubled from a year ago, in a much-sought rebound from a coronavirus-driven slump.

Dominated by arrivals from Europe and the U.S., the number of foreign visitors in Istanbul surged nearly 115% in June to over 1.47 million, data from the provincial culture and tourism directorate showed Tuesday.

The figure more than doubled compared to 684,621 arrivals in June of last year. It also topped the levels seen before the outbreak of the coronavirus pandemic. Some 1.1 million and 1.36 million foreign tourists visited Istanbul in the same months of 2018 and 2019, respectively.

Arrivals had dropped to as low as 66,725 in June of 2020 due to tight restrictions to curb the spread of the outbreak.

The number of foreign visitors in the January-June period of this year soared to more than 6.75 million, the data showed.

Known as a destination where Europe meets Asia that has long captivated visitors with its culture, art and history, Istanbul is seeing a significant increase in the number of foreigners arriving for shopping and health tourism.

According to a World Travel & Tourism Council report, Turkey is set to be the fourth most popular European destination this summer.

Officials had hoped tourism this year could replicate or exceed the numbers from 2019, when some 52 million visitors brought in $34 billion in revenue.

In 2021, tourism revenues doubled to almost $25 billion, recovering from the worst of the COVID-19 impact, but remaining well below the level recorded in 2019.