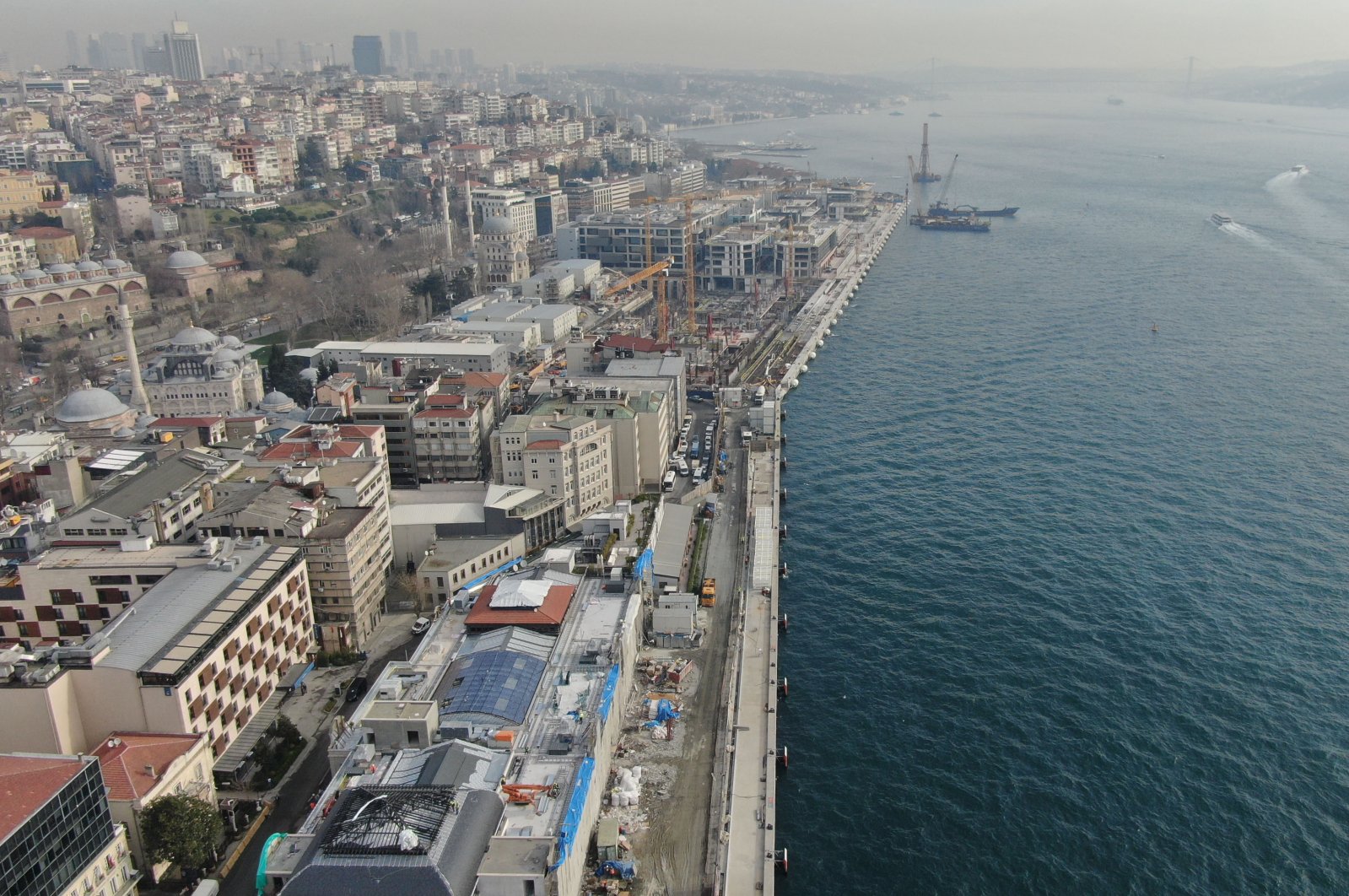 An aerial photo of the under-construction Galataport project located on the shore along Istanbul's central Karaköy district, on Sunday, March 8, 2020. (DHA Photo)
by Daily Sabah with DHA Mar 08, 2020 3:35 pm
RECOMMENDED

Istanbul’s Galataport is set to open in April as one of Turkey’s largest cruise areas as more cruise liners switch to Turkey from the Far East and other Mediterranean ports due to the recent coronavirus outbreak.
Located on the shore along Istanbul's central Karaköy district, the Galataport project is set to be finalized within weeks and receive its first cruise ships in April, reports said. The construction of the majority of the complex has been completed, and more than 2,000 workers are currently working around the clock to finish the last section of the mega project. A total of 61 cruise ships have already received bookings to drop passengers off in Istanbul's cultural heart in 2020. This number is expected to rise to 180 next year.

With a capacity of 25 million visitors per year, including 7 million foreigners, Galataport expects to welcome 1.5 million cruise tourists to Istanbul. The estimated revenues from the increasing number of tourists are expected to reach around $1 billion.
As part of the Galataport project, new shopping malls, hotels, cafes and restaurants, large office spaces as well as a parking area with a capacity of 2,300 spaces, are also being built. The project’s coast area, which was initially allocated for cruise passengers only, will be opened to public use after the finalization of the project, reports said.

As many of the destinations in the Far East, as well as several European routes, were canceled over the outbreak, major cruise lines turned to Turkey, adding additional trips to the country.

Norwegian Cruise Line was one of the first to announce it had canceled a number of its trips to the Far East and will be adding additional trips to Turkey. Along with the 12 planned trips for Ege Port in the Kuşadası region of Turkey's Aegean province of Aydın for this year, the company has arranged an additional 30 trips for Kuşadası with a total capacity of over 60,000 passengers.

Other companies such as Royal Caribbean and Celestyal are expected to organize 41 and 108 trips, respectively, from Turkey as well.

The industry officials told the Sabah newspaper that cruise companies with voyages in the Far East are making new plans, adding: "The primary route is the Mediterranean where Turkey is seen as the safest port. Cruises not included in this year's plan could turn their direction to Turkey at the last moment. However, we will see the biggest impact in 2021. There is a huge demand for both Istanbul and other ports."