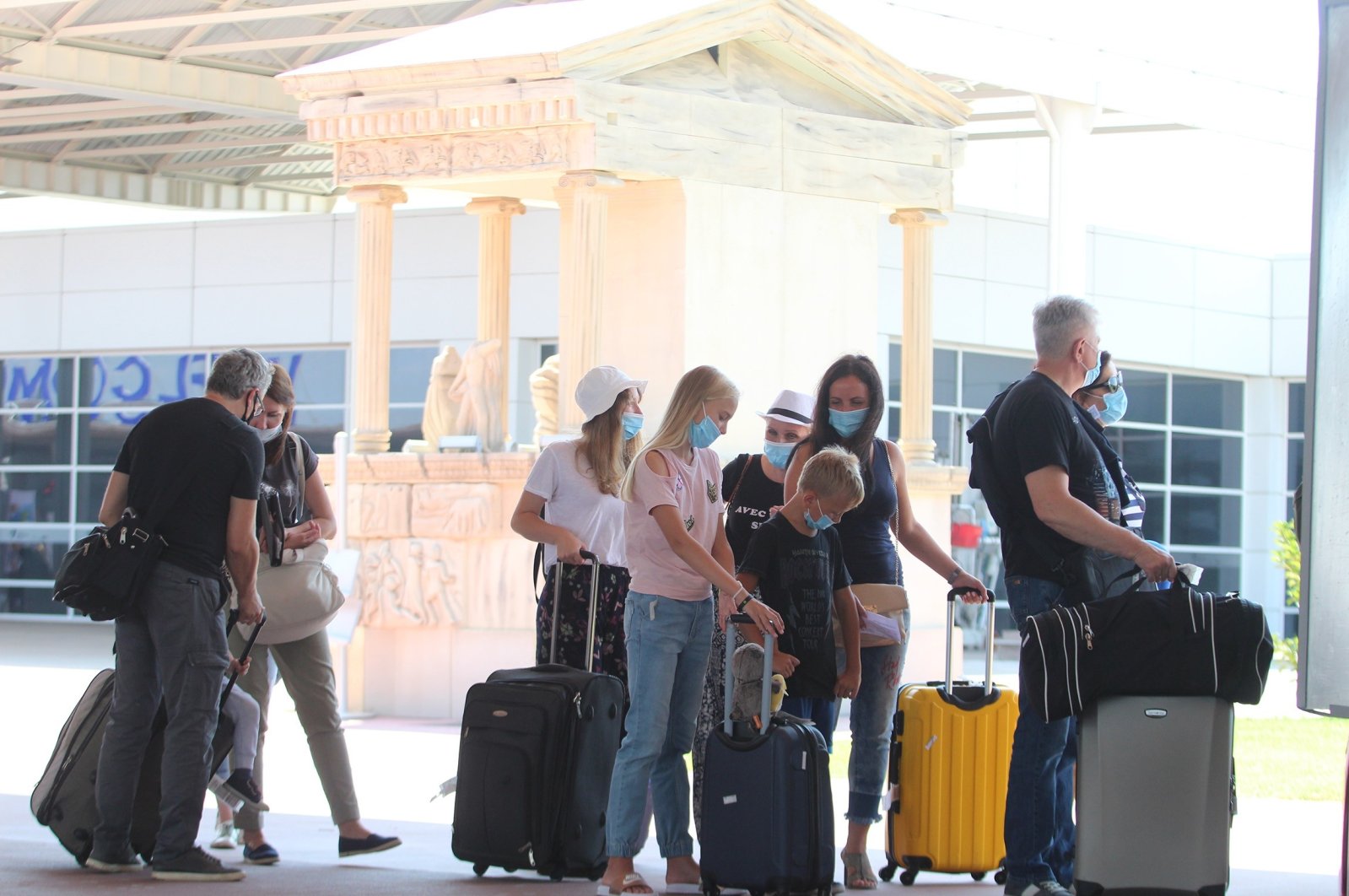 The first planes carrying Russian tourists arrived in Turkey's southern Antalya and southwestern Muğla provinces on Monday as flights from Moscow to Turkey’s coastal destinations resumed after a nearly five-month hiatus due to the coronavirus pandemic. Russian tourists all expressed how much they missed Turkey as soon as they arrived at the airports and their hotels.

“We’ve waited so long for this day, we’re so happy to be here. It feels like a dream,” said Anna Cherepkova, one of the 519 passengers on board the plane that landed in the resort city of Antalya on Turkey’s southern Mediterranean coastline. “We’re planning a great vacation,” said Cherepkova, who arrived with her friends.

Anna Zhila, who also came with a friend, said: “Many of our friends are also counting the days to come down here. We received a lot of information about Antalya before coming. ... We’re very happy now."

A plane that took off from Moscow’s Sheremetyevo International Airport landed at Antalya Airport early Monday. Russian tourists also arrived at other hot spots in Muğla, including the towns of Bodrum and Dalaman. Five more flights were planned to be carried out from Russia to Dalaman on Monday.

Alexandra Trushlyakova said she landed in Antalya for a weeklong vacation. "I came as soon as the borders opened. I plan to spend all of my time in the sea. ... I'll shake off this year's exhaustion in Antalya," she said.

Tatiana Korniova, who is in Antalya with her husband, said they had come to the Mediterranean city on vacation in past years. Korniova said they felt that Turkey is the safest country for a vacation amid the pandemic. “We’ve closely followed Turkey’s measures taken during the pandemic and chose Turkey for our holiday destination without a second thought. ... We’re happy to be here for vacation and believe we'll enjoy a safe and delightful holiday," she said.

Rustam Baigildeev, a 35-year-old Russian lawyer who landed in Dalaman, expressed happiness that flights have restarted.

“Turkey was able to open its borders in a short time. I’m coming for the first time. We have heard very good things about Marmaris. For this reason, we chose Turkey for the holiday,” Baigildeev said, also pointing out Turkey’s successful management of the pandemic.

The resumption of flights follows intensive negotiations between Ankara and Moscow. Russia had already started flights to Istanbul and the capital Ankara on Aug. 1. Some Russian tourists who chose Turkish resort cities for their "safe vacation" had already traveled to Antalya and other holiday destinations via transfer flights through Istanbul and Ankara.

Moscow had suspended all international air traffic on March 27 in an effort to stem the spread of COVID-19 and is now implementing normalization efforts to ease precautions.

Turkey had postponed the tourism season until June after it reported its first COVID-19 case in mid-March. Tourism facilities reopened as of June with rigorous measures to ensure safety and avoid spreading the virus.

Thousands of British tourists began flocking to Turkey’s touristic hot spots after the U.K. included the country on its list of nearly 60 countries for which it would ditch a 14-day quarantine period for arrivals. The U.K. deems these countries to pose a lower risk for COVID-19.

Recent reports indicate the number of Russian tourists arriving in Turkey could hit 4 million this year now that flights have resumed.

Turkey’s national flag carrier Turkish Airlines (THY) and low-cost carrier Pegasus Airlines are among the companies to have flights from Russia to Antalya, Dalaman and Bodrum.