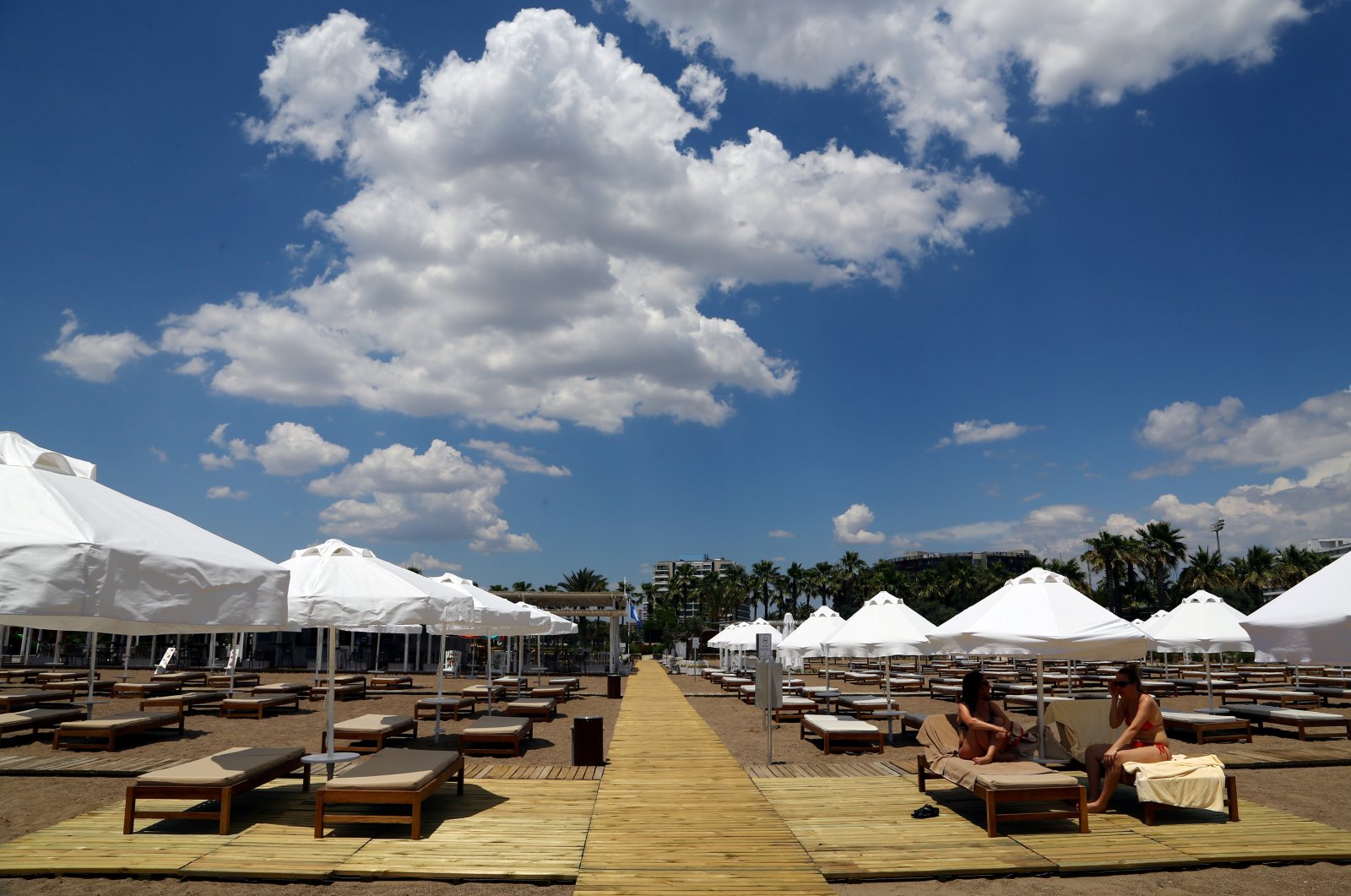 Women chat under umbrellas at the beach of Lara Barut Collection Hotel, amid the COVID-19 outbreak, in the southern resort city of Antalya, Turkey, June 19, 2020. (Reuters Photo)
by Daily Sabah with Wires Sep 14, 2020 12:32 pm

The coronavirus pandemic is in full speed but Turkey, a prominent tourism destination, has implemented measures to maintain tourist flows and enable a safe vacation experience. The country’s tourist magnet Antalya continues to hold the top spot for Russians, who prefer Turkey the most

Precautions to contain the COVID-19 pandemic have not affected the demand of Russian tourists looking to vacation in Turkey, the Association of Tour Operators in Russia (ATOR) said in a statement Monday.

In the statement, ATOR also emphasized that Turkey will be the leading destination abroad for Russian tourists.

“According to information from the tour operators, the flow of Russian tourists to Turkey in September may be even better than the month of August. Once the psychological threshold regarding the second wave of the pandemic passes, tourists will catch up with summer in Turkey,” the organization added.

Turkey was by far the most popular country to visit for Russians last year, with nearly 7 million visiting the country.

As Turkey’s tourism capital southern Antalya province continues to host tourists, even during the ongoing pandemic.

The resort city that is famous for its beaches, sunny weather, historical attractions and natural beauty has seen a recent increase in tourist numbers.

According to information by news agencies, the city has seen a steady increase in tourist numbers since July.

Under the coordination of the Culture and Tourism Ministry, the “Safe Tourism Certification Program” has helped ease concerns for tourists and drawn many more of them as Turkish authorities provided visitors a safe vacation with strict precautions in place to prevent the spread of the coronavirus.

Russia takes the lead in tourist numbers, followed by Ukraine and then Germany.

'Antalya has seen an influx of tourists'

Cem Kınay, a member of Turkey's Tourism and Development Agency Board, told Anadolu Agency (AA) that tourism basically came to a halt months ago but has seen a dramatic increase since then.

Saying that the Safe Tourism Certification Program has made Turkey stand out among other countries, he underlined the importance of tourism for the country.

“Safe and healthy tourism has been an important factor for the opening up of Russia, Germany and U.K. routes. It is evident that people have missed vacationing. There has been heavy tourist inflow to Antalya from countries such as Russia, Ukraine, the United Kingdom and Poland. Our hotels were open and prepared. They are doing their best to abide by the rules of certification,” he said.

“I think that the tourist inflow will continue and will stretch to even November and December,” Kınay added.

He also underlined that Turkey is a country compatible with tourism “12 months, four seasons and 365 days” of the year, and Antalya can be visited any time thanks to its pleasant weather.

Kınay also said that football and golf teams’ visits are important for the city. “The number of tourists visiting Turkey has surpassed 10 million, 2 million of which has come to Antalya. These numbers are significant, especially during the pandemic. We are expecting 15 million tourists to visit Turkey this year,” he concluded.