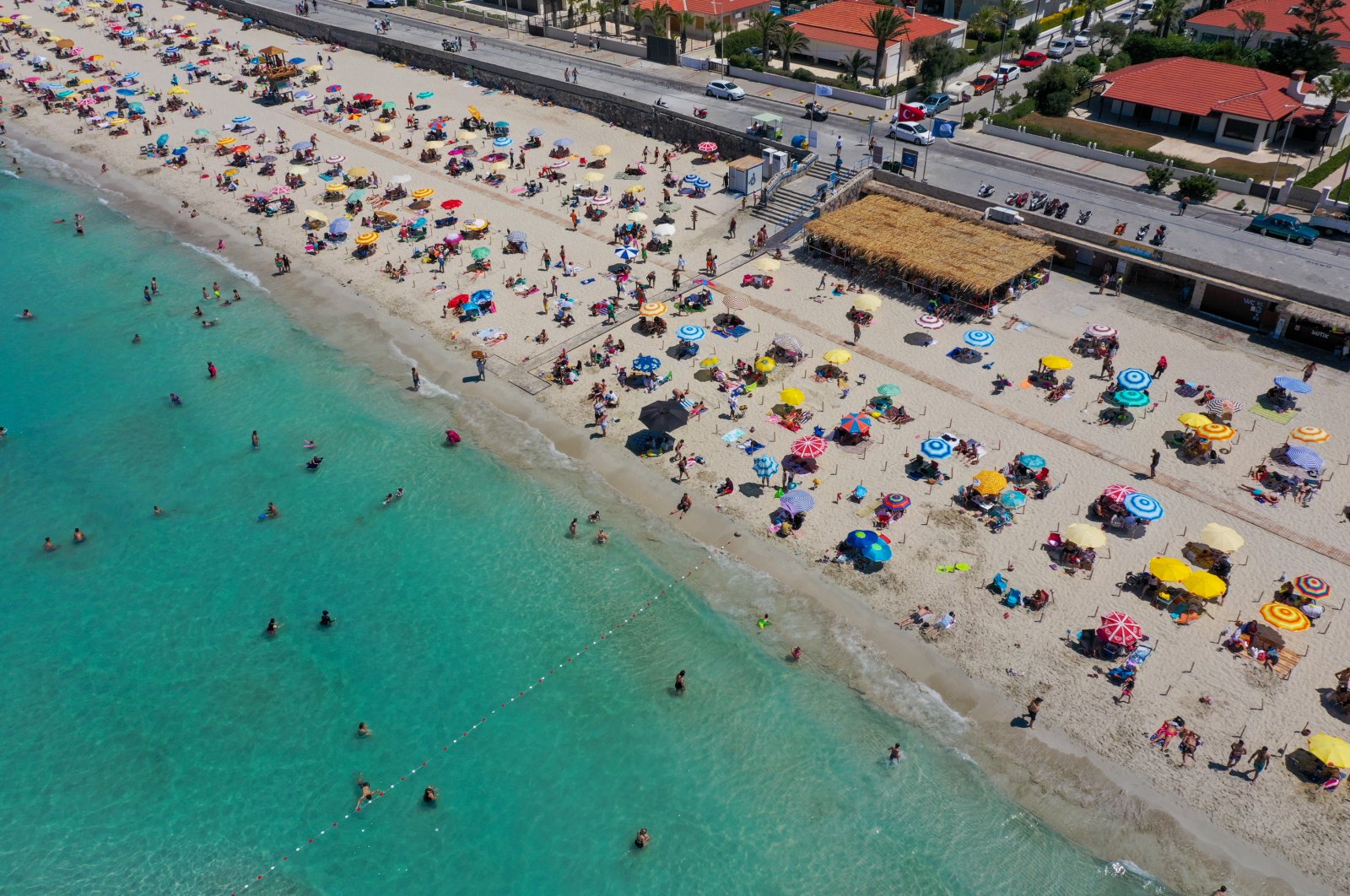 Turkey is a reliable alternative for European travelers looking for a “coronavirus-free destination,” a group of German tourism professionals concluded after being hosted by the Culture and Tourism Ministry as part of a trip to promote Ankara's new safety measures.

The German group, which visited touristic destinations in Turkey’s Aegean coastal provinces of Izmir and Aydın, noted that the country had proved itself to be a safe destination amid the coronavirus pandemic and that it was time for European Union authorities to rethink the travel restrictions.

Among the German group, Matthias Gürtler, the editor-in-chief of tourism magazine Touristik Aktuel, said very sensible measures had been taken at tourism facilities in the country.

“We have been able to observe the situation at many hotels and my impression is that Turkey has overcome this crisis successfully,” Gürtler said.

He stated that his magazine would promote Turkey as a safe travel destination for Germans, adding that the EU’s travel warnings against the country were not justified.

He also noted that the coronavirus risk in Turkey was less than that of Spain or Italy.

Bastian Wipfler, director of the German travel agency Holzapfel, said they had seen beautiful hotels, beaches and other touristic destinations during the trip and that safety measures were taken in each place they visited.

“Overall, I would say the coronavirus risk is being taken very seriously in Turkey. I have noticed regular temperature checks everywhere, which is not the case in many parts of Europe,” Wipfler said.

Wipfler noted that there was a rising demand for trips to Turkey among Germans and urged the EU Council to lift travel restrictions on the country.

“They (customers) ask when the restrictions will be lifted and when flights will start. Once we are back, we will be telling them that a beautiful and safe holiday destination awaits in Turkey,” he said.

Meanwhile, Deputy Tourism Minister Nadir Alpaslan said the events and introductory trips to promote the country’s safe tourism initiative had been helpful in convincing foreign tourists to consider spending their holiday in Turkey.

He added that the ministry would organize similar events for tourism professionals from the U.K., the Netherlands, Russia and many other nations.

The German government last month decided to lift its global travel warning only for EU member states and Schengen associated countries, namely Iceland, Liechtenstein, Norway and Switzerland, but extended it for all the other countries, including Turkey, until the end of August.

Furthermore, in a list unveiled last week, the EU decided to exclude Turkey, along with the U.S. and other countries, from a list of 15 countries recommended for nonessential travel. Ankara called on the bloc to correct the “mistake” as soon as possible, citing its measures taken to combat the pandemic as well as its efforts and successes.

Turkish authorities have described the decision as "disappointing" and have called on the EU to change its stance. Foreign Minister Mevlüt Çavuşoğlu said there was no "scientific reason" behind the travel warning against Turkey.

In the wake of the pandemic, the Culture and Tourism Ministry launched the Safe Tourism Certification Program in partnership with the Foreign Ministry. The program covers a broad range of safety measures in transport, accommodation and hygiene, both for hospitality employees and tourists, according to the Tourism Ministry.

The certificate, which has been certified by international bodies, validates the execution of high-level health and hygiene requirements at airline companies, airports and other transportation hubs, as well as in accommodation outlets and food and beverage facilities.