Number of Russian tourists arriving in Turkey could hit 4 million 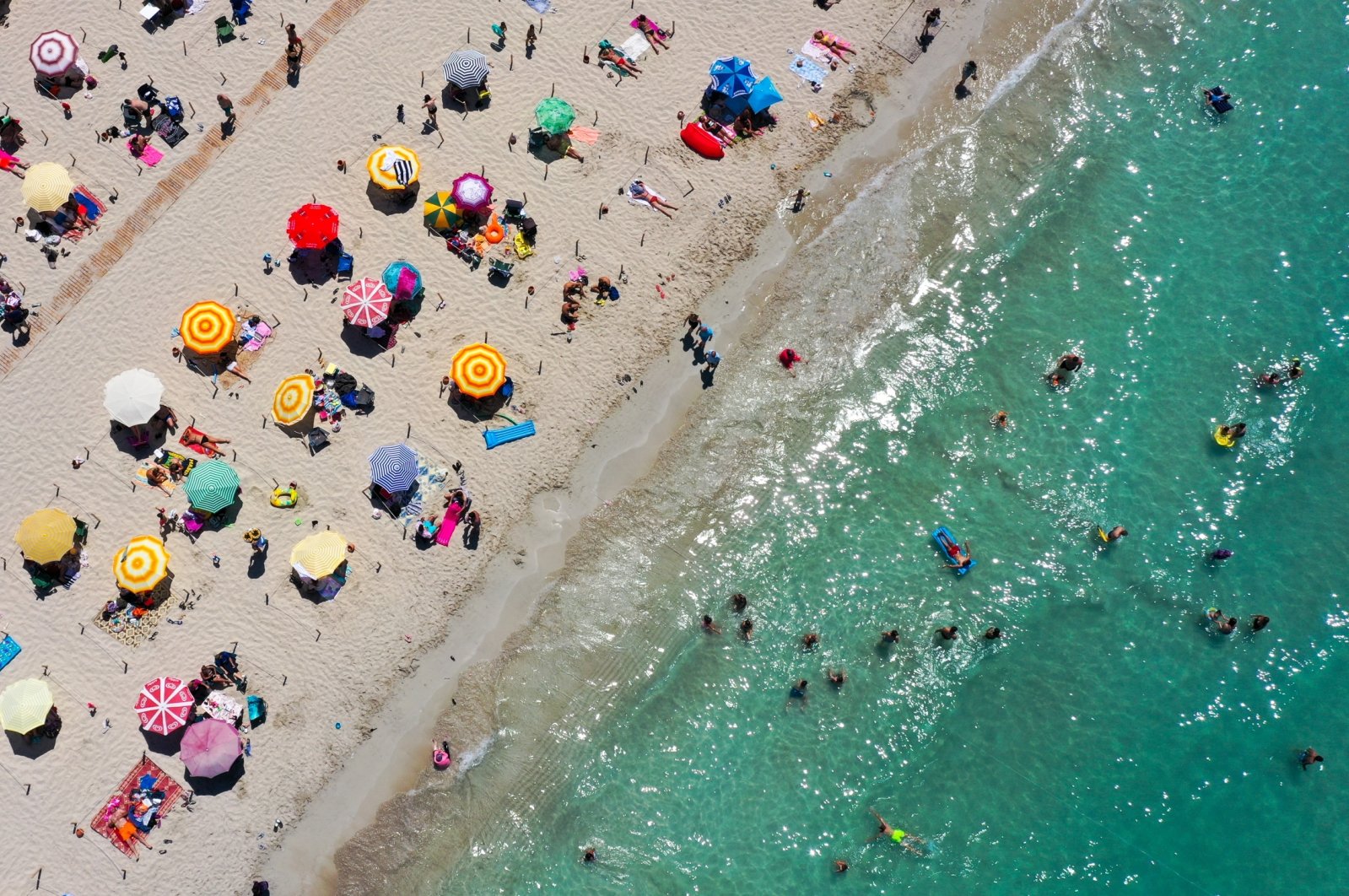 The number of Russian tourists arriving in Turkey could hit 4 million with the opening of the borders between the two countries, Russian media reported Wednesday.

Turkey has been the destination for which Russians have made the highest number of reservations in recent weeks, according to a report in the Russian language daily Kommersant. The country has also been searched for the most on websites of Russian tour operators, it said.

Turkey’s Transport and Infrastructure Ministry last week said Ankara and Moscow have agreed to resume flights following three and a half months of suspension due to the coronavirus outbreak, in a decision highly sought by the Turkish tourism industry. Flights resumed as of July 15.

Some 7 million Russians visited Turkey last year, the report recalled, adding the number could hit 4 million this year following the resumption of flights between the two countries.

The report also noted Russians have been flying to Turkey through Belarus, as well as to their other destinations, including Albania and Egypt.

In April, after the introduction of a nationwide lockdown in Russia, experts of travel search company Aviasales noted a rise in requests for flights from Minsk – the largest international airport in Belarus – to Turkey.

Since mid-May, immediately after the first relaxation steps in Russia, Aviasales users have started to actively search for the possibility of flying to Turkey via Belarus.

Russians are interested in flights to Istanbul, Antalya, Dalaman, Izmir and Bodrum, although there are no direct flights to these Turkish destinations yet.

Flights from Belarus to Turkey resumed on July 1, but the cost of air tickets is currently higher than usual, with a one-way trip from Minsk to Istanbul on a direct flight of Turkish Airlines costing around 34,000 rubles (nearly $485).

Russian citizens topped the list and accounted for 15.6%, or 7 million, of all arrivals in Turkey in 2019, according to the Culture and Tourism Ministry.

Their top travel destination was the resort city of Antalya on Turkey’s southern Mediterranean coastline. The city hosted more than 5.5 million Russians last year, accounting for 35% of the total tourists visiting the city.

Turkey's Culture and Tourism Ministry and the Turkey Tourism Promotion and Development Agency (TGA) are hosting tourism professionals from Germany in Antalya this week.

From Thursday to Monday, representatives from Germany’s leading tour operators will participate in the “Safe Tourism Certification Program” conducted jointly by the ministry and the TGA.

The program includes extensive measures for transportation and accommodation of all domestic and foreign visitors as well as touristic facility staff to stem the spread of COVID-19.

Nadir Alpaslan, the deputy culture and tourism minister, said another group was hosted in the Aegean coastal city of Izmir last week with the partnership of the Turkish-German carrier SunExpress and that the visitors were pleased with the measures taken against the pandemic.

Ahmet Çalişkan, the deputy CEO of SunExpress – a joint venture of flag carriers Turkish Airlines and Lufthansa, said Antalya is a safe and hygienic tourism area with its high standard of security measures.

“Within current conditions, we aim to show that Antalya is one of the best destinations for travel,” he added.

The travel warning against Turkey by the EU and the German government has been a sticking point since the easing of lockdown measures across Europe.

The German government last month decided to lift its global travel warning only for EU member states and Schengen-associated countries, namely Iceland, Liechtenstein, Norway and Switzerland, but extended it for all the other countries, including Turkey, until the end of August.

Furthermore, in a list unveiled recently, the EU decided to exclude Turkey, along with the U.S. and other countries, from a list of 15 countries recommended for nonessential travel.

Turkish authorities described the decisions as "disappointing" and have called on Germany and the EU to change their stance.