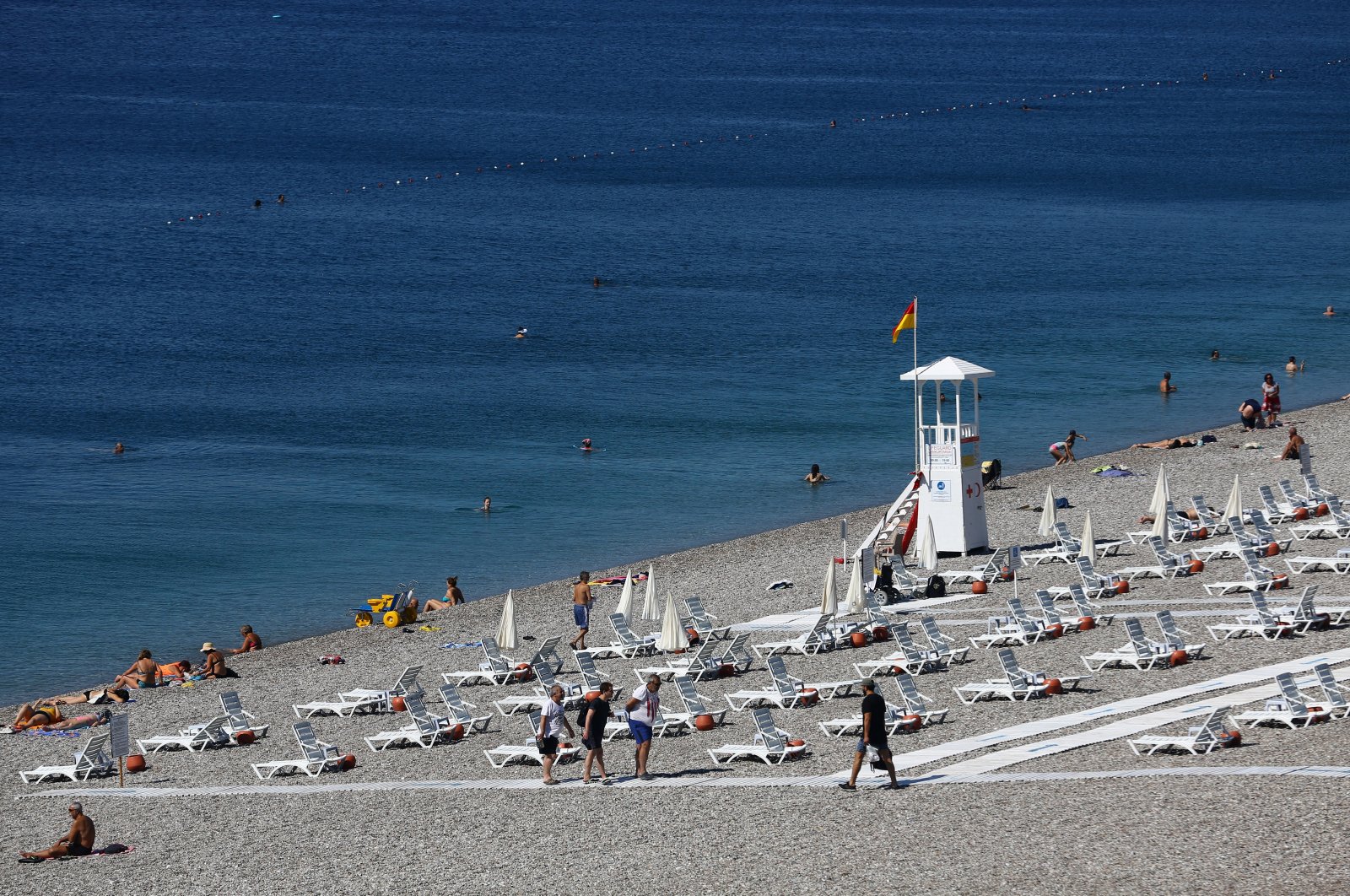 The number of tourists visiting Turkey’s southern Antalya province on the Mediterranean coast totaled over 3.3 million from the beginning of the year to mid-November, an Anadolu Agency (AA) report said Tuesday.

Despite the COVID-19 pandemic that brought on travel restrictions and lockdown measures, halting global tourism, Antalya has again become one of the most preferred touristic destinations in the region.

The “healthy tourism certificate” program that was initiated in coordination with the Culture and Tourism Ministry, Health Ministry and related authorities was an important factor in attracting numerous tourists to the city, and the country in general, as the program has developed trust among foreign customers.

As part of the certificate program, hotels, airports and the city’s world-renowned beaches abided by the many measures that were needed to prevent the spread of the virus.

Ülkay Atmaca, head of Turkey's Professional Hotel Managers Association (POYD), told AA on Wednesday that the opportunity of safe and healthy tourism that was present in the region was what made tourists choose Antalya and enjoy pleasant vacations there.

Atmaca said the important thing was the survival of the sector, adding that the experience gained will be very valuable for 2021.

“Early reservations for the next year have started gradually,” he said.

Russians were the top foreign visitors that came to the region during this time period, with some 1.4 million vacationers. Ukraine and Germany followed Russia with 554,410 and 339,759 tourists, respectively. Additionally, 209,649 tourists arrived from the U.K., 85,929 from Poland and 63,028 from Belarus.

Noting the effectiveness of the measures and promotional activities adopted by hotels and airports, Yavuz emphasized: “There is no other city in the world with 3 million tourists this year except Antalya. This is a really significant, very important number.”

He added that the numbers were achieved even though the touristic season in the city started very late due to the worldwide restrictions.