Over 7.25M tourists arrive in Turkey in 8 months as mobility gains pace 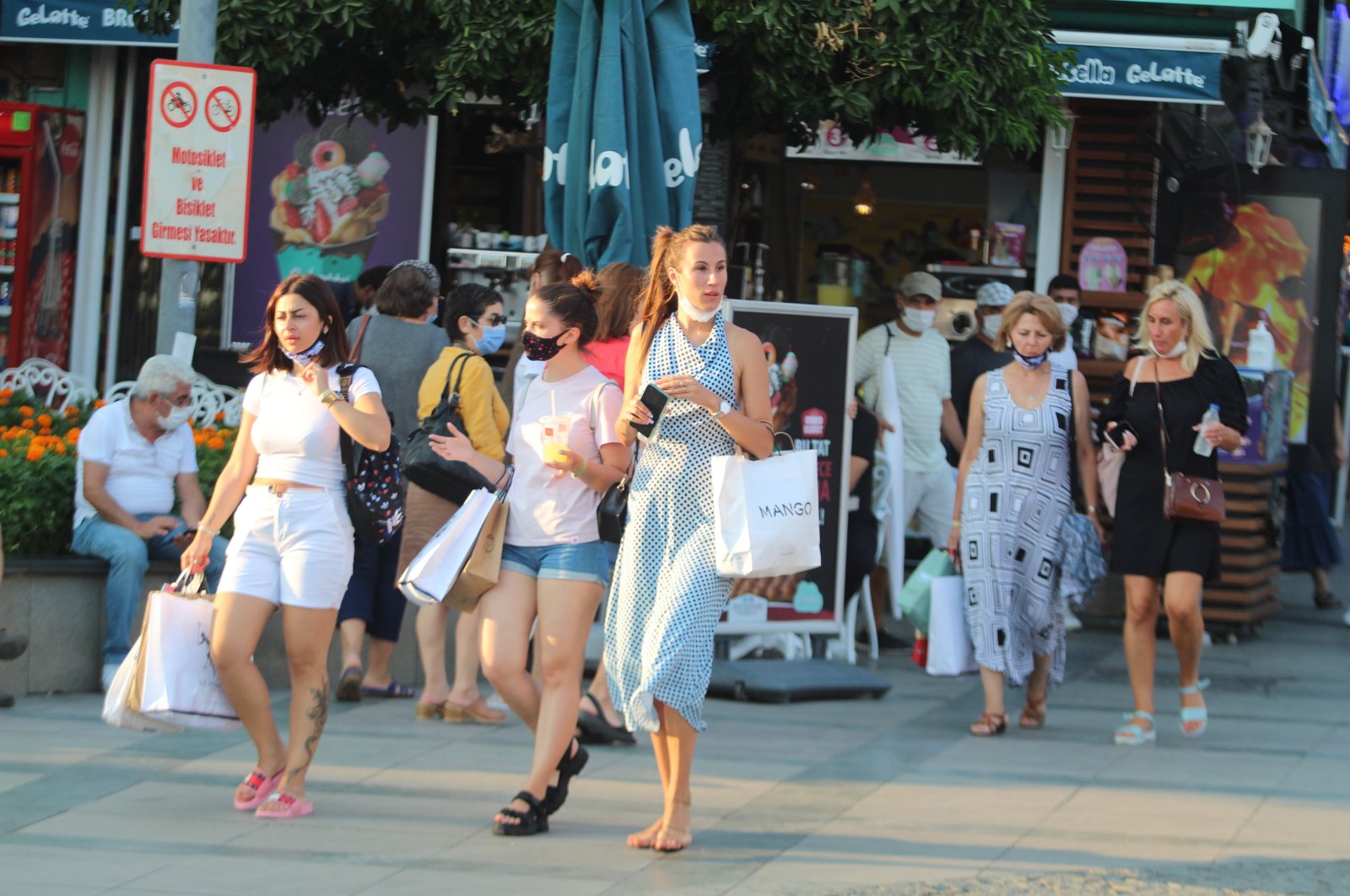 Severely hit by the coronavirus pandemic, foreign arrivals in Turkey have been continuing an upward trend after the country lifted most of the lockdown measures and restarted international flights.

More than 7.25 million tourists have visited the country from January through June, according to data compiled by the Culture and Tourism Ministry. The figure is down 76.6% from the eight-month period of 2019.

Some 520,833 Ukrainian and 465,180 British tourists also arrived in the country during the same period, while the Mediterranean resort city of Antalya, the city of Istanbul and the Aegean province of Muğla were among the top destinations for visitors.

After February, Turkey postponed the tourism season to June and canceled a number of events, such as fairs and expos. With the normalization process starting in June, tourist facilities in Turkey reopened with rigorous measures to ensure the safety of tourists.

Turkey's Safe Tourism Certification Program, covering a broad range of safety measures in transport, accommodation and health conditions for tourists and hospitality employees alike, ensures that hotels and blue-flag beaches observe social distance rules in the sea and pool, as well as in sunbathing areas.

The overall figure reaches 9.27 million when over 2 million Turkish expats are included, the data showed.

Tourists from Germany and Russia prefer to spend their vacations in Antalya, while the British flock to districts around Muğla, including Bodrum and Marmaris.

"Many British guests decide to settle here in later years because they admire the city following their vacation," said Bingöl.

Yücel Okutur, president of the hoteliers association in the Dalaman, Ortaca, Köyceğiz districts, said Muğla was among the top places in Turkey where the British nationals bought real estate.

The British are eager to come back to Muğla, Okutur said, adding that currently, Turkey had been among the most successful countries in Europe in dealing with the coronavirus.

Praising the country's health institutions, he said: "This is a great opportunity for tourism. Tourists in our country have had no problems with the epidemic."

"Our friends in Europe will come to Turkey in the coming season and make us the No. 1 tourist destination in the country," he added.

"Thanks to its natural beauty and tourist facilities, Turkey will take its place as No. 1 destination next year."

Okutur underlined that they expected flights from the U.K. to continue to the region over the coming months.

Last year, more than 45 million foreigners entered Turkey, up from nearly 39.5 million in 2018.