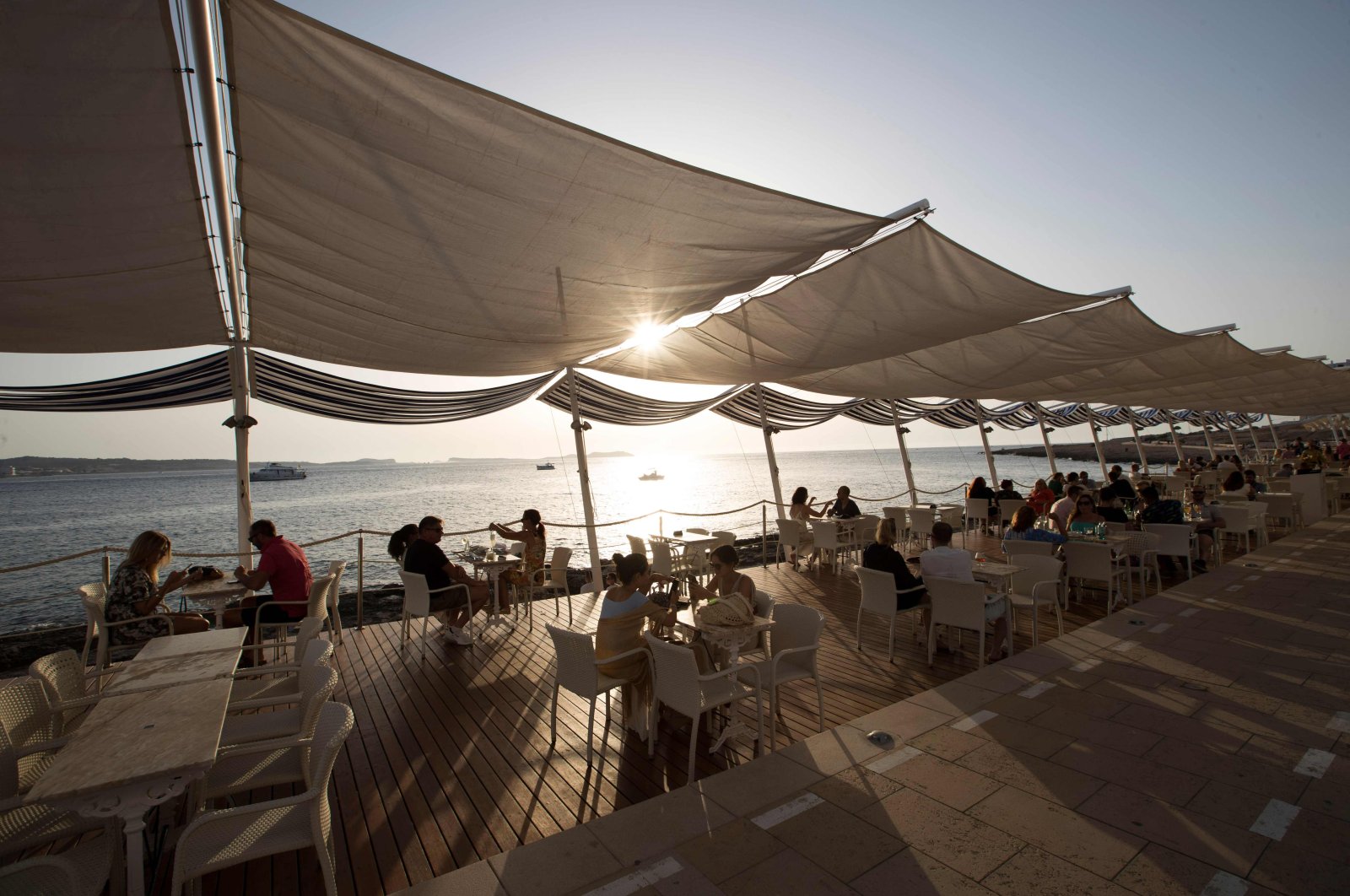 On the largely-empty beach at Figueretas, Ibiza, social distancing isn't hard to do. Here, bar terraces are sparsely populated and the shutters of apartments overlooking them are mostly closed.

With Spanish health authorities struggling to contain rising coronavirus infections, this island fears its tourist season may have been dealt a final blow following Britain's decision to quarantine all arrivals from Spain.

But both the tourists who are here and the locals are enjoying a period of unprecedented calm in Ibiza – one of the Balearic Islands – which is normally overrun by clubbers and DJs from across the globe.

"The impact has been terrible. The pandemic has battered the local economy for one simple reason: 90% of the island's GDP comes from tourism," said Vicent Torres, head of the island's governing council.

In mid-June, the Balearic Islands had high hopes of making the most of the summer when the archipelago welcomed the first foreign tourists allowed into Spain after the lockdown as part of a pilot project with Germany.

And by July, the recovery was well underway, "better than we had expected," said Iago Negueruela, head of tourism for the Balearic Isles' regional government.

But Britain's announcement on July 25 that it would impose quarantine on anyone arriving from Spain, given the increase in cases, has threatened to wipe out the recovery.

The irony is that the Balearic Islands have seen very few cases of infection.

The effect was immediate.

"From the very first day, customers were calling to cancel their reservations," said Lucas Prats, manager of a four-star hotel in the center of Ibiza town.

"For those who have to work (when they go back to the U.K.), it's a problem," he acknowledged.

"It has been a major blow," admitted Torres, pointing out that British tourism accounts for about 30% of the island's visitors.

"It is going to very difficult to come back from this because the British tourists had just started arriving and we were confident this would get the season going. But this decision has shattered all our expectations."

Famed for its clubbing culture and nightlife, Ibiza must also contend with the closure of its iconic dance clubs, some of the most popular in the world, but shuttered to slow the spread of the virus.

The Spanish government, which has denounced the British move as unfair, fought hard to obtain an exemption for travelers returning from the Balearic or Canary Islands. But London refused.

If such an exemption "is not agreed quickly, some businesses and hotels will close down and it will be very difficult for them to open again," said Torres.

Louis Morgan, 23, who is visiting from Wales for a few weeks, thinks that a quarantine requirement for those coming from the Balearics "seems unreasonable".

And his girlfriend Milly Davies, 22, agreed.

"The infection rate is way lower here," she said.

Although the island's towns and beaches are normally crowded, neither the tourists nor the locals are unhappy about the atmosphere of unprecedented calm.

"It's quite nice, actually. We were walking down the streets and it was quieter," said Davies, after an evening stroll through Ibiza town.

"There are fewer tourists, parties, perhaps more families ... you can feel the difference in the traffic when you're going to the beach with the children, it's quite noticeable," said Swiss national Santi Soto, 47, who regularly visits with her husband and two boys.

For taxi driver Angel Torres, the crisis has given the islanders a rare moment of peace.

"You can hear people saying 'I wish it would stay like this forever' because there's no overcrowding on the beaches nor in restaurants, nor on the roads," said the 47-year-old, sitting inside his taxi.

"So you can enjoy the island much more than in other years even if it's a major economic blow."

Juan Jose Roig who lives in the highest part of the town said he's happy to be able to hear the cicadas around his house.

"We have the island to ourselves, and we're enjoying it as we did 30 years ago," the 53-year-old electrician told AFP.

"There has to be a half-way point where people can eat and work well, while also having space.

"They will have to rethink the tourist model a bit, it's unavoidable."