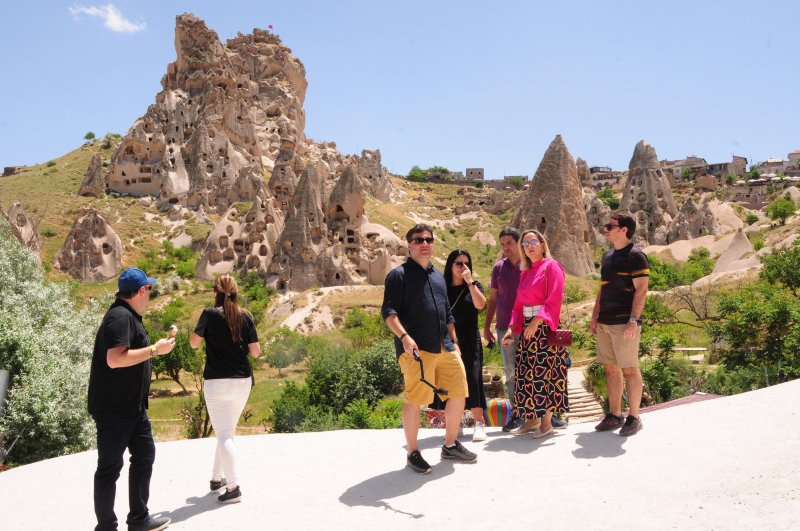 The number of foreigners visiting Turkey jumped 16.11% on a yearly basis in January, with the hotel occupancy rate across the country reaching 61.9%, up 6.4% from the same period in 2019. Hosting almost 1.8 million foreign visitors last month, the country saw its highest-ever January tourist numbers this year, the ministry data showed.

The Culture and Tourism Ministry said Monday that almost 1.8 million foreign visitors entered the country in the last month, with Istanbul, the Turkish city most frequented by tourists, drawing 57% of all foreign visitors, at a rate of around 1 million.

Edirne, in northwestern Turkey, which borders both Bulgaria and Greece, saw the second-highest number of foreigners, with 222,494 in the month, the ministry’s data showed.

The Mediterranean resort city of Antalya followed these with an 8.04% share, or some 143,679 foreign visitors, last month.

Turkey’s tourism enjoyed another buoyant year in 2019 with more visitors and soaring revenues.

Tourism revenues hit $34.5 billion last year, a record high, according to the Turkish Statistical Institute (TurkStat) data. This is a 17% increase compared with the sector's revenue of $29.5 billion in 2018. The average expenditure per capita stood at $666 in 2019, up from $647 the previous year.

Having hosted the highest annual number of tourists ever last year, Turkey became the sixth-most visited country in the world, according to the U.N. World Tourism Organization (UNWTO).

The sector's revenue per available room (RevPAR) also increased by 16% year-on-year in January to 42 euros from 36.20 euros. Comparatively, the European average for hotel occupancy rate stood at 58.5% in January and RevPAR was 59.10 euros, the report said.

The occupancy rate was 69% in Istanbul and 56.5% in the Mediterranean resort city of Antalya. Excluding the major Turkish cities of Istanbul, Antalya, İzmir, and Ankara, the occupant rate across the country stood at 51.3%, up 2.1% from the previous year.

Experts warned that the hotel occupancy rate and revenues for February and March may be lower than the first month of the year due to a slowdown in the number of international arrivals.

The recent coronavirus outbreak is expected to have a negative impact on global tourism that could last for a couple of months. The deadly outbreak caused a large decline in the number of Chinese tourists with countries adopting new travel restrictions as a preventative measure.