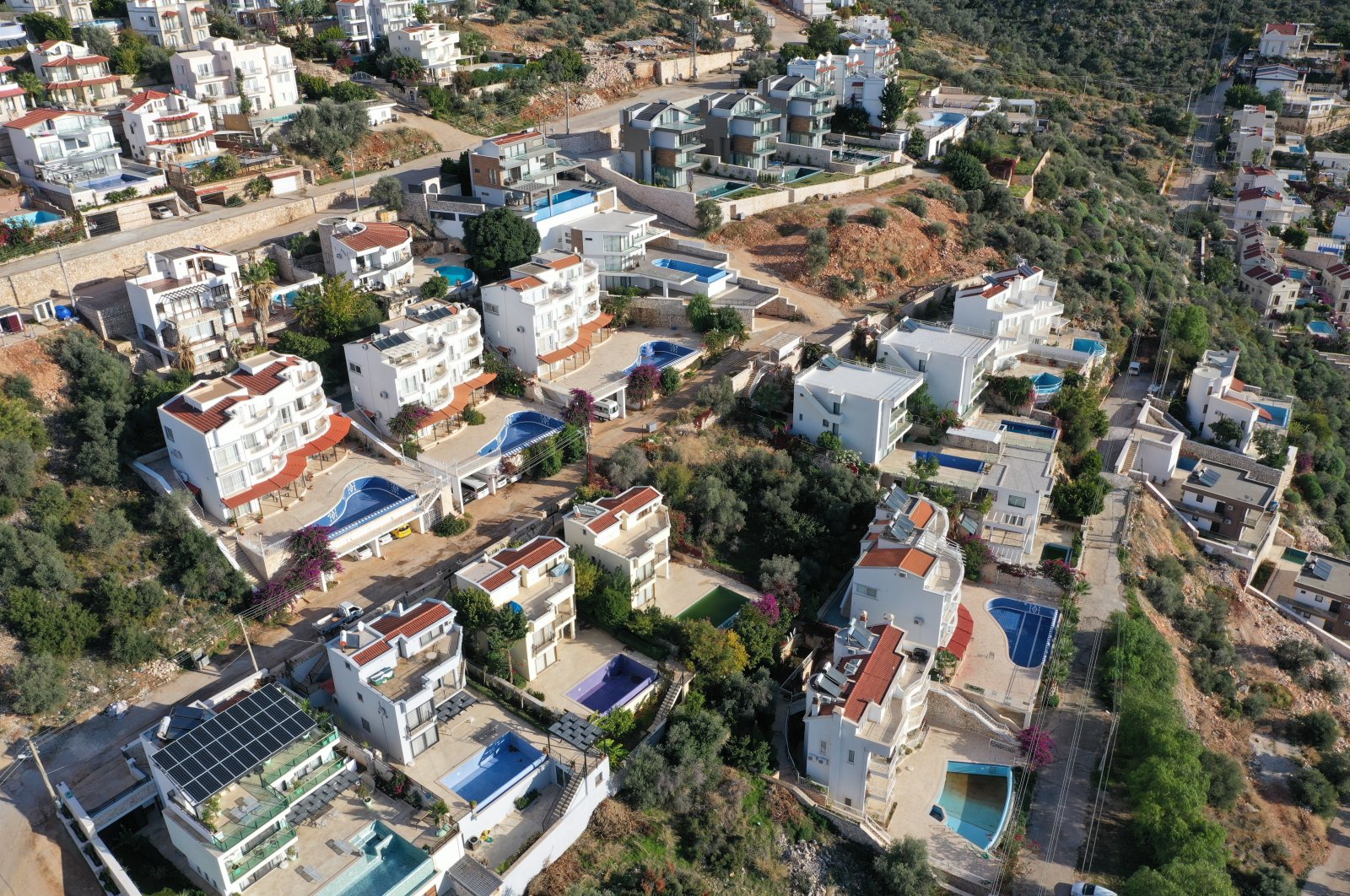 The renting of villas in Turkey has become increasingly popular among domestic and foreign tourists, offering an isolated holiday experience during the coronavirus outbreak.

Social distancing has become an intrinsic aspect of people's lives and impacted holiday preferences in 2020. Domestic and foreign tourists looking to have a safe holiday have opted for alternatives to staying in busy hotels, propelling the villa tourism industry.

Turkey’s Mediterranean resort city of Antalya attracted about 3.5 million foreign tourists from January through November of this year and was the most popular destination despite the tourism coming to an almost complete standstill.

The province, which is one of the world's most important tourist destinations, was No. 1 in terms of villa tourism among holidaymakers. Its Kaş district was also high on the list, offering isolation in nature.

Perçin said the Mediterranean resort city performed relatively better during the touristic season, which was hit hard by the pandemic.

“I think we had a good season in terms of villa tourism. We have high expectations for 2021 as there is more prospect of vaccines,” he told Anadolu Agency (AA).

The healthy tourism certificate program that was initiated in coordination with the Culture and Tourism Ministry, Health Ministry and related authorities was an important factor in attracting tourists to the city and the country in general, as the program has developed trust among foreign customers.

Izzet Kara, the owner of a tourism and construction company that provides rental services to about 600 villas in the Kaş district, said that Antalya has had active tourism since the removal of travel restrictions.

Kara noted he sees the greatest demand for villas from British tourists, followed by tourists from Germany, the Netherlands, Belgium, France and Russia.

Another person providing villa rental services, Hasan Solakoğlu, said that the prices vary according to the summer and winter seasons and the villas' features.