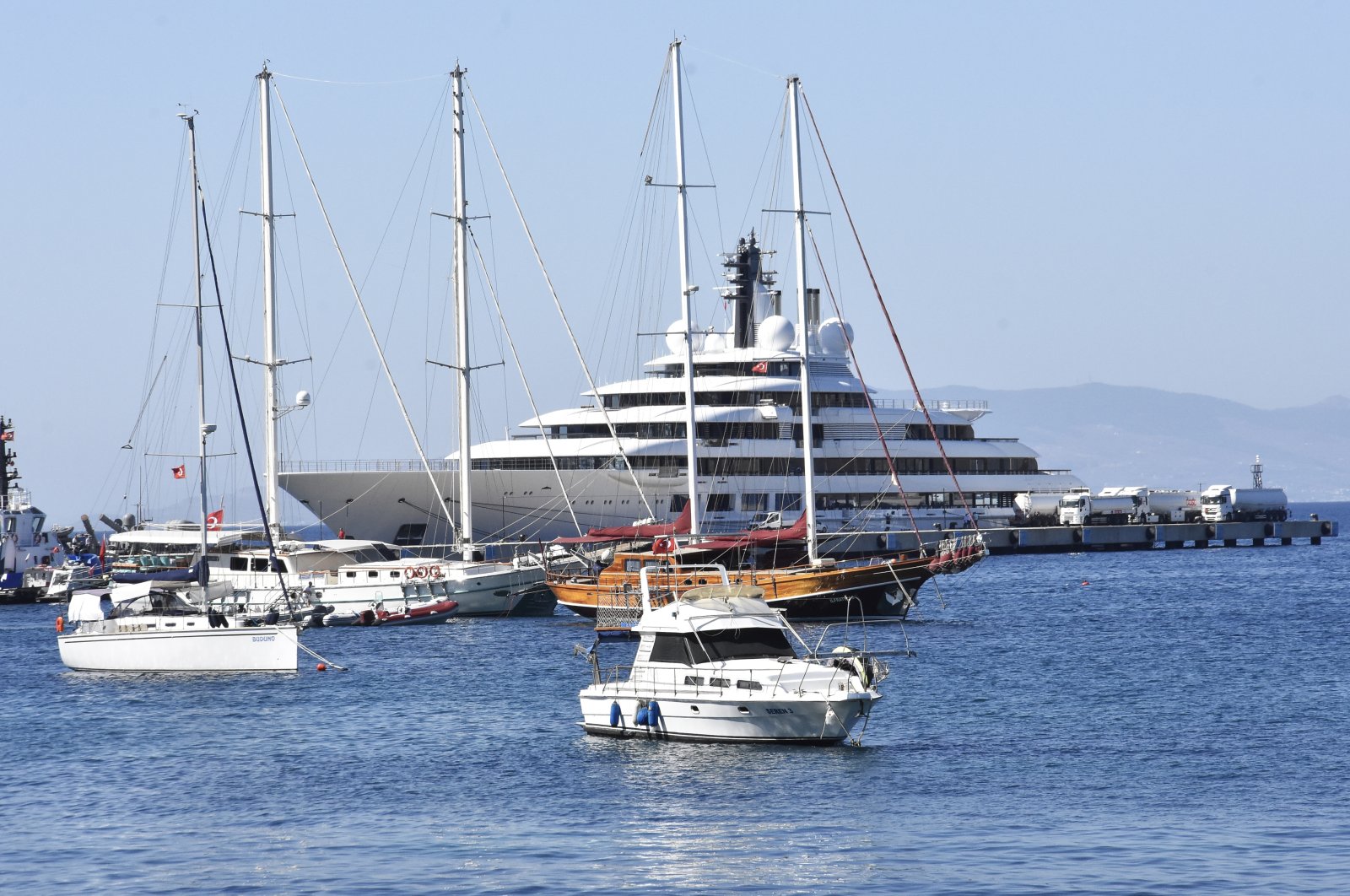 Turkey has become the new favorite destination for megayacht owners after the other popular countries with coastlines along the Mediterranean Sea such as Spain and France reported rising numbers of coronavirus cases.

According to a report by Bloomberg released on Tuesday, at least 63 megayachts are currently sailing off the coasts of Turkey, the highest number since 2017 and up from 26 in the same period the previous year.

The owners of luxury yachts, such as wealthy Europeans and Russian oligarchs, spend an average of 25 million euros (TL 194 million) when they visit the country and stay for around three months. Such a figure is equivalent to the amount left by an average of 50,000 tourists staying in resort hotels.

Begüm Doğulu, the head of the Yacht Tourism Association and a yacht operator, told Daily Sabah earlier in May that the industry is expecting a 50% increase in the number of megayachts docking at Turkish marinas this year. Last year, 3,500 foreign-flagged yachts docked at Turkish ports with megayachts accounting for 6% of them.

Greece and Croatia are also receiving megayachts with both countries recording a three-year high in arrivals. A Bloomberg report said that Roman Abramovich’s 162-meter Eclipse, the fourth-longest yacht in the world, and the 116-meter Ulysses, owned by New Zealand’s richest man, Graeme Hart, were seen in Croatia.