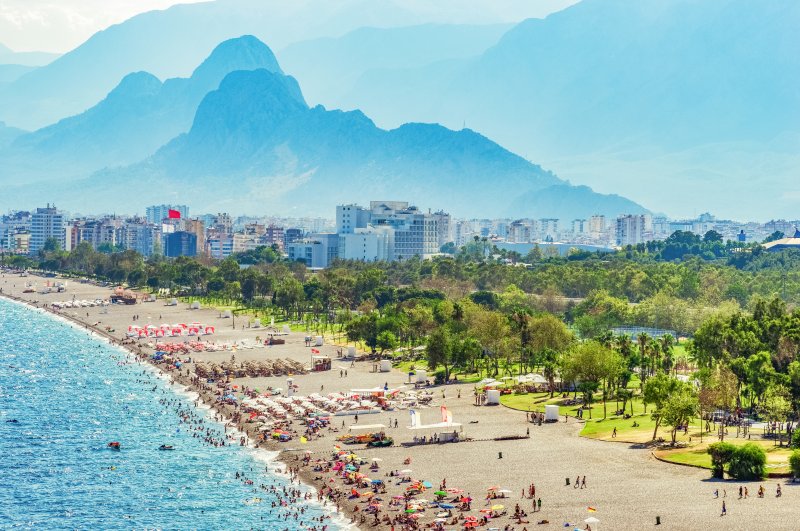 Known around the world as a unique destination that offers a combination of fascinating nature and history, the Mediterranean resort city of Antalya has had its best-ever January and February months in terms of the number of visitors it hosted.

The city welcomed some 388,994 tourists in the first two months, a 30% rise compared to the same period a year earlier, according to data compiled by the Antalya Provincial Directorate of Culture and Tourism. Antalya welcomed around 299,176 tourists in January and February last year.

The winter season is known as a dead season; however, double-digit growth in the number of foreign visitors in the first two months of 2020 was welcomed by the sector, the governor of the southern resort city of Antalya, Münir Karaloğlu, said.

Antalya smashed the tourist record last year, hosting over 15 million, and moves with firm steps toward its target of 18 million for 2020.

Germans ranked second at about 99,625 tourists in the two-month period, marking a 35.4% rise in their numbers as well.

However, the city has been attracting more visitors from countries such as the Netherlands, Belgium, France, Denmark, Switzerland, Sweden, Iran, Jordan, Cyprus, Norway, Australia and Azerbaijan. Visitors from the Netherlands totaled 8,201, with Jordan not far behind at 6,126 and Belgium with 5,149 visitors.

Often regarded as Turkey's “tourism capital," Antalya has always been a center of interest for tourists looking to enjoy pristine Mediterranean beaches as well as the rich history of the region that has been home to countless civilizations.

Figures in January and February show Turkish tourism industry may end 2020 with another record, said Erkan Yağcı, president of the Mediterranean Touristic Hoteliers Association (AKTOB), in an interview with Anadolu Agency (AA) Monday.

"In case we continue at this pace, I expect we will see double-digit growth and achieve our goal of 18 million," he said.