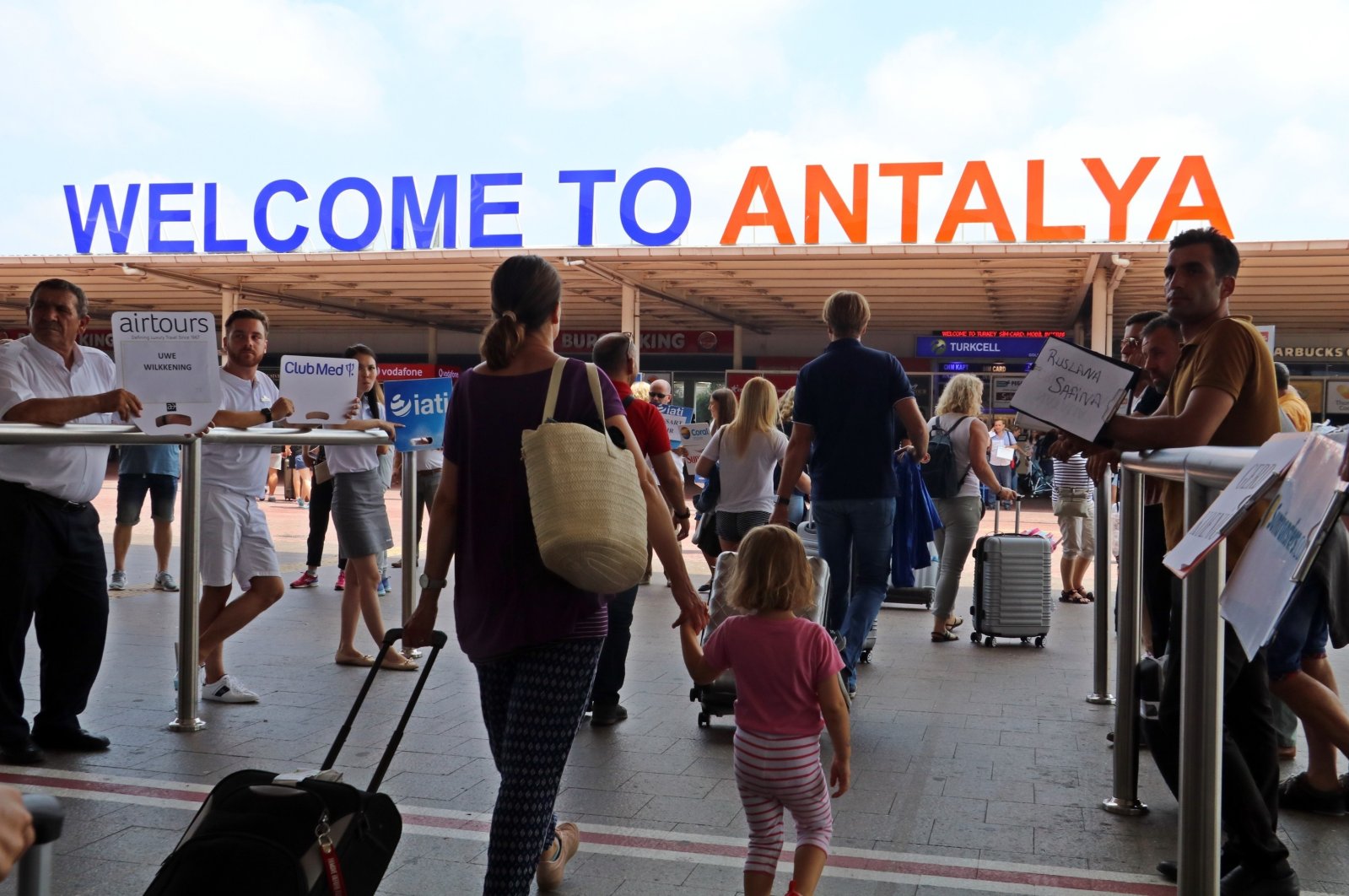 The Turkish tourism industry on Tuesday received some long-anticipated good news after Germany gave its citizens the green light to travel to Turkey's popular coastal provinces for the summer holidays.

Tourism industry representatives welcomed the decision, saying Turkey will be a "safe holiday" destination for Germans.

The German foreign ministry said it was dropping a warning against travel to Antalya, Izmir, Muğla and Aydın, along Turkey's Mediterranean and Aegean coasts, where the coronavirus’s prevalence stood at only five new infections per 100,000 inhabitants over the course of a week.

The move comes following consultations between German and Turkish officials and is a part of a deal to help revive tourism between the two countries.

"Germans have missed Antalya and Antalya has missed the Germans a lot," said Ülkay Atmaca, head of Turkey's Professional Hotel Managers Association (POYD). "It is excellent news that our guests will be coming again from our second-largest market," Atmaca told Anadolu Agency (AA) on Wednesday, adding that they now expect German tourists to flock to the coastal provinces.

"We will continue to enforce strict rules for safe tourism," said Erkan Yağcı, the head of the Union of Mediterranean Touristic Hoteliers and Operators (AKTOB), evaluating the decision.

For his part, Alanya Tourism Operators Association (ALTID) President Burhan Sili said rather than the numbers of tourists coming from these countries, "it was very important that German and Russian markets have come into play."

"Turkey has developed a special concept of tourism and hygiene for these four regions in order to allow for safe tourism in line with the pandemic conditions," German government spokeswoman, Ulrike Demmer, said in Berlin on Tuesday.

Turkey would also require all travelers leaving for Germany to show a negative coronavirus test taken within 48 hours before leaving, according to a foreign ministry statement.

In March, Berlin issued a global travel warning for its citizens to avoid non-essential travel abroad due to the COVID-19 outbreak and restrictions on international air travel. Three months later it lifted its travel warning only for the European Union and the Schengen countries but extended it for all the other countries until the end of August.

On the other hand, in a list unveiled in June, the EU decided to exclude Turkey, along with the U.S. and other countries, from a list of countries recommended for nonessential travel.

Ankara described the decisions as disappointing and had called on Germany and the bloc for a reversal, citing measures taken to combat the pandemic as well as its efforts and successes.

Germany’s partial lifting of travel warning is "a decision that was taken late," POYD’s Atmaca said.

Germany has seen the measures taken by Turkey regarding the COVID-19 outbreak, he noted. "They announced this decision on Aug. 4, without waiting for Aug. 31. In a few days, when the flight numbers are clear, we can talk more clearly."

Atmaca said, however, it was a very strong development that after Russia, Germany had also lifted the travel warning.

Some 3 million of Germany’s 80 million inhabitants have a Turkish ethnic background, while Turkey’s coasts have historically been among the most popular tourist destination for Germans of all ethnicities.

Last year, Turkey was the second-most popular tourist destination for Germans after Spain, according to the German Travel Association, DRV. Nearly 5 million German tourists traveled to Turkey in 2019.

"One of the most favorite tourist destinations for the Germans is partially open again," said DRV president, Norbert Fiebig. "Good news not just for holidaymakers but also for the travel business."

AKTOB’s Yağcı thankes the Safe Tourism Certification program, launched recently by the Foreign, Culture and Tourism and the Transport ministries, for brining Turkey to this point.

The certification program covers a broad range of safety measures in transport, accommodation and health conditions for tourists and hospitality employees alike.

The certificate, issued by international certification institutions, validates the execution of strict health and hygiene requirements at airlines, airports, and other transport facilities, as well as in accommodation outlets and food and beverage venues.

"The work to be done after this will provide a very serious advantage for both the continuation of this year and the sales to be made for the next season," he added.

Turkish Travel Agencies Association’s (TÜRSAB) Marmaris representative, Suat Esin, said there is a belief the Berlin’s decision would reflect positively on the regions.

"The tourism industry has in economic terms been badly affected by the outbreak. The fact that tourists from Russia, the U.K. and Germany will start coming again will reflect positively in the tourism industry for two to two-and-a-half months," Esin said.

The chairperson of the Izmir Branch of the Turkish Chamber of Shipping (DTO), Yusuf Öztürk, said Berlin’s move increased expectations in the industry, adding that tourism facilities welcomed mainly local tourists in June and July.

"This decision by Germany, from where 5 million tourists arrived last year, has given great morale. We expect other countries, especially EU members, to follow Germany and Russia," Öztürk said.

Following a hiatus brought about by the outbreak, flights between Turkey and Russia relaunched on Aug. 1. First charter flights for tourism destinations like Dalaman, Bodrum and Antalya are scheduled for Aug. 10.

Some 7 million Russians visited Turkey last year, while recent reports said the number could hit 4 million this year following the resumption of flights between the two countries.

On the other hand, thousands of British tourists began to flock to Turkey’s touristic hotspots after the U.K. recently included Turkey on its list of nearly 60 countries and said it would ditch a 14-day quarantine period for people arriving from these countries, which it deems to be a lower risk for COVID-19.