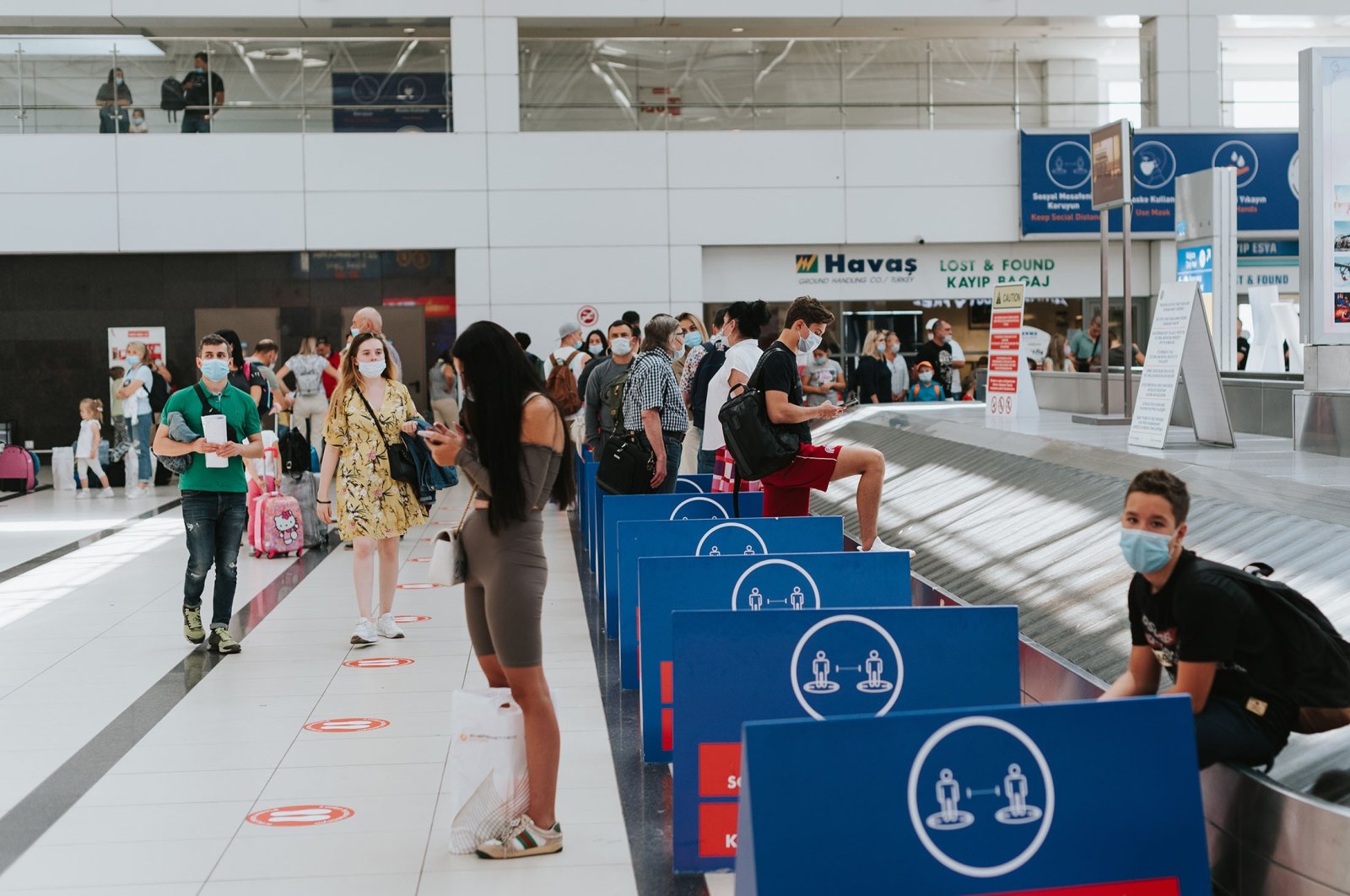 People wait for their luggage at the airport in Antalya, Turkey, August 2020. (Shutterstock Photo)
by DAILY SABAH WITH AA Dec 24, 2021 1:10 pm
RECOMMENDED

The number of foreigners visiting Turkey jumped 111.5% from November 2020 but was still down by 19.5% compared to its pre-pandemic level in the same month of 2019, according to the Culture and Tourism Ministry.

Last month, Turkey's most populous city Istanbul was the top draw for foreign visitors with a 57% share, attracting 997,621 foreigners.

It was followed by the Mediterranean resort city of Antalya and Edirne in northwestern Turkey, which borders both Bulgaria and Greece.

In January-November, the country welcomed 22.8 million foreign visitors, up 89.6% from the same period last year.

Commenting on the year's tourism figures and plans for the coming period, Culture and Tourism Minister Mehmet Nuri Ersoy said that the 2021 tourism revenue target of $24 billion (TL 284 billion) has been reached. He noted that the aim next year is to hit $34.5 billion, which the industry previously achieved before the pandemic in 2019, breaking an all-time record.

Speaking to Anadolu Agency (AA), Ersoy stressed that while their target may have been assertive, it was achieved.

“We specifically stated that we aim to raise our revenue from $12 billion in 2020 to $24 billion with a 100% increase. It was an ambitious and difficult target, but at the end of the year, we saw that it was achieved,” he said.

When it comes to the new variants of the coronavirus, Turkey is putting up a good fight, Ersoy said, adding: "Of course, it is not enough for us as Turkey to fight alone in this process. The countries that provide us with tourists must also successfully fight the pandemic so that mutual air traffic is open. My prediction is that this will happen again in May.”