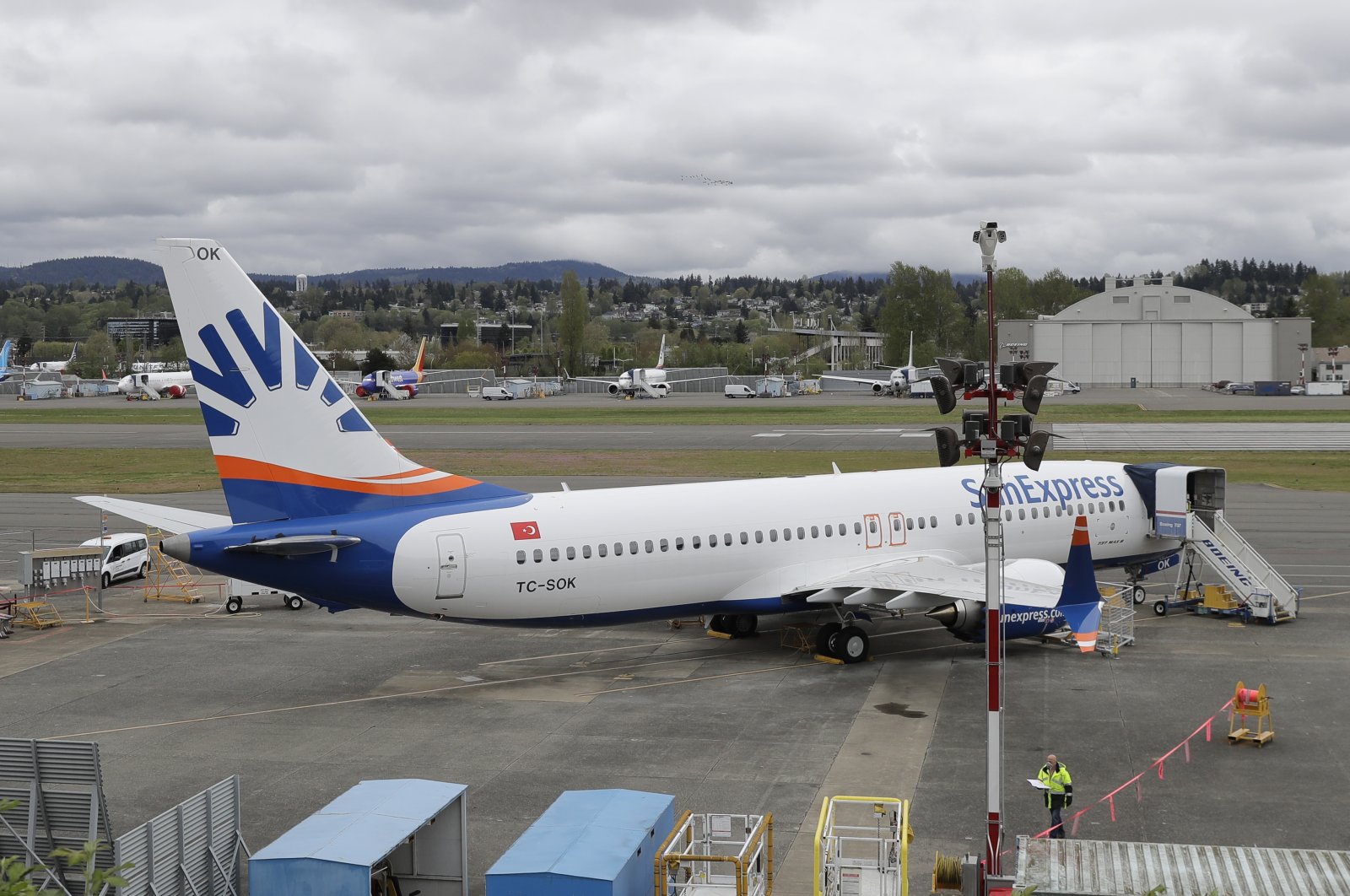 Turkey has been experiencing a very high demand from European travelers and the country has become one of the top options for German tourists, in particular, the CEO of the SunExpress, a joint venture of Turkey's national flag carrier Turkish Airlines (THY) and German carrier Lufthansa said Wednesday.

Max Kownatzki, who said that the carrier has most recently added 23 new flight routes to Turkey for this summer season, and is set to provide direct flights to 52 destinations in 27 countries, commented on the airliner’s 2021 plans.

The airliner CEO said that for the 2021 Turkey tourism they have nine new international flight routes, which are Beirut, Geneva, Irbil, Chisinau, Ljubljana, London, Gatwick, Manchester, Sofia and Tel Aviv and two new domestic routes – southern Hatay and central-eastern Malatya province – from southern Mediterranean resort city of Antalya where the airliner is headquartered.

“We will offer flights from Antalya to a total of 40 destinations abroad and 10 destinations within the country in the 2021 summer season,” he said, continuing that western Izmir province, which is a transfer center for the carrier will also offer flights to 31 international destinations and 14 domestic ones, including some that have been newly added.

Kownatzki said, apart from Antalya and Izmir, they are planning direct flights for many cities across Europe from a total of 15 Turkish provinces including resort towns of Bodrum and Dalaman.

Further commenting on the interest in holiday opportunities in Turkey, the SunExpress CEO said that the eagerness to travel has never been this high.

He said that according to the research they conducted, the European tourists will prefer places that are not far from their home countries and that have a convincing success against fighting the COVID-19 outbreak. Turkey fulfills both these requirements.

Informing that the reservations mostly consist of last-minute bookings this year, Kownatzki said, for example, some 80% of the flights conducted in February were booked within the last 14 days before the fights. “However, the demand has not weakened,” he added.

The Turkish government, Kownatzki continued, has managed the measures to combat the spread of the virus very successfully from the very beginning of the outbreak. All the measures were for safe tourism were implemented, he said.

Kownatzki went on to say that last year they brought some 65 tourism professionals from Germany to Antalya and Izmir provinces so they can see the safe tourism options in the region for themselves and that all the participants were very much pleased about the implemented measures.

“Now, Germans consider Turkey as the No.1 option for summer vacations,” he said, adding that they are planning to carry out a similar project this year as well.

Commenting on COVID-19’s impact on the carrier which negatively affected the airline industry worldwide, SunExpress CEO said that they acted with all their means to prevent layoffs and kept the company going successfully. We are very much pleased about the results when we compare ourselves with our peers as a company among the global top five low-cost carriers.

Speaking on the vaccine passport which is currently on Europe’s agenda, Kownatzki said that they totally support this application for safe travel and believe that the easy feasibility of the COVID-19 tests and the rapid vaccine rollout is currently key before reaching a desirable level in global vaccination efforts.

SunExpress CEO also shared his predictions regarding the number of tourists expected to visit Turkey, which he described as a country that survives challenging times by getting stronger.

“We firmly believe that Turkish tourism is set to gain a strong momentum and leave the crisis behind by becoming even stronger,” he said.