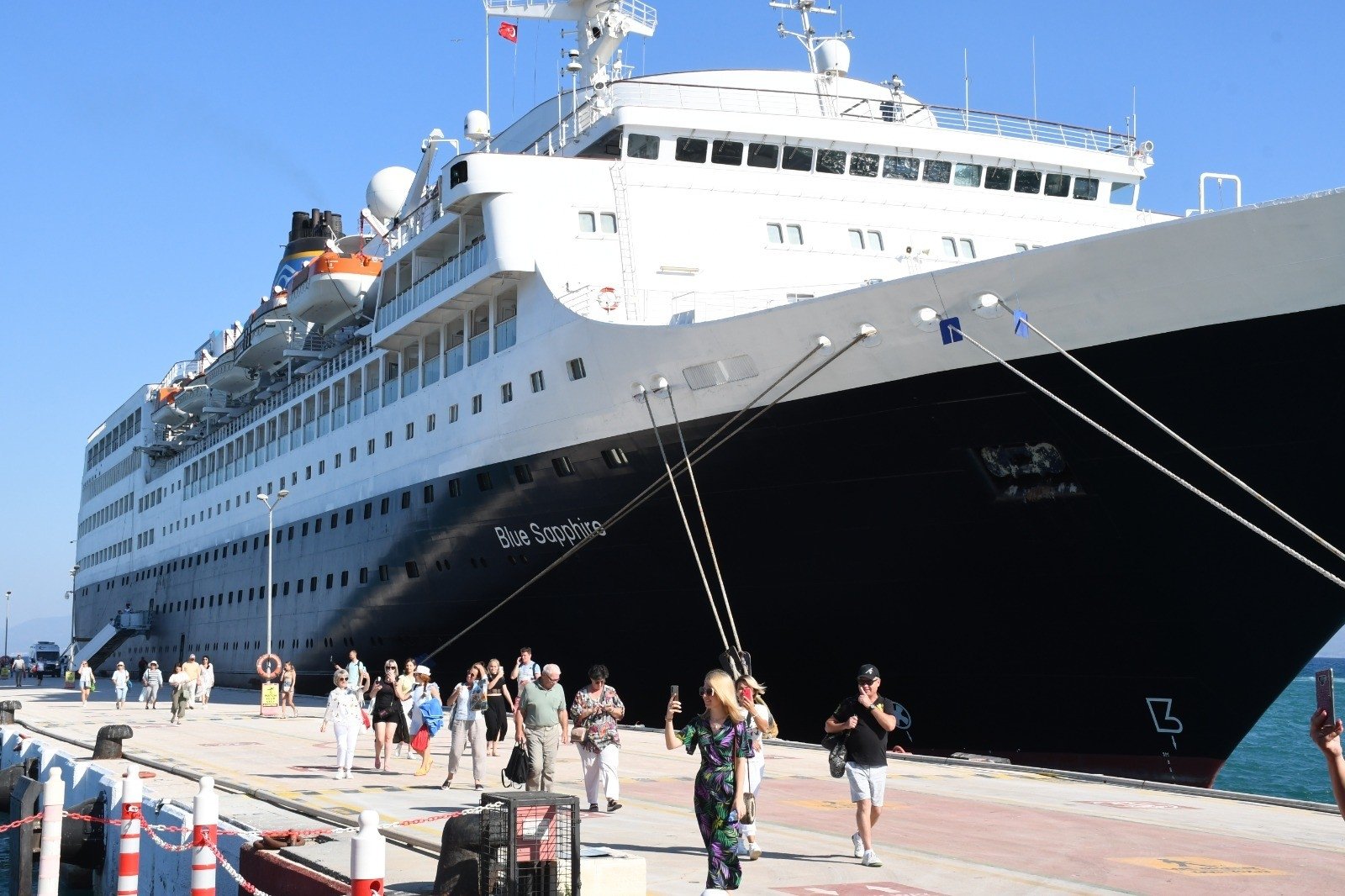 The resort town of Kuşadası welcomed Thursday its first cruise ship after a 16-month pause due to coronavirus pandemic restrictions that brought travel to a halt.

The city in Turkey’s Aegean province of Aydın is known for hosting the highest number of cruisers annually.

The Blue Sapphire docked at the Kuşadası Ege Port early in the morning, carrying 450 passengers consisting mostly of Russian citizens.

“The last time a cruise ship arrived in our country was on March 13 last year again here at the Kuşadası Port. Since then, this ship is the first that made the voyage from abroad to our country carrying passengers,” Güngör told reporters.

Bodrum, one of the most popular holiday destinations in southwestern Turkey’s Muğla province, welcomed a cruiser in March this year. Yet, it was without passengers and had arrived to pick up its crew and restock its supplies before it restarted its trips.

The Blue Sapphire embarked from Antalya before it arrived in Kuşadası from Egypt.

Güngor noted that the ship had to skip Greece since it keeps the sea border gates closed, noting that lifting of the closure would enable many more ships to come to Turkey.

Provincial Culture and Tourism Director Umut Tuncer also said that if the pandemic measures improve, cruise tourism could be revived further in the period ahead.

Meanwhile, Turkey is soon to launch a mega port project tailored for Istanbul. Galataport is expected to see the first ship anchor at its shores in the coming period, opening a new era for the metropolis’ tourism industry as it aims to become one of the industry's top cruise destinations.

Galataport is jointly being built by Turkey’s Doğuş Group and Bilgili Holding with an investment of $1.7 billion (TL 14.07 billion). It is one of the world’s largest coastal projects, aiming to become one of the industry’s top cruise destinations.