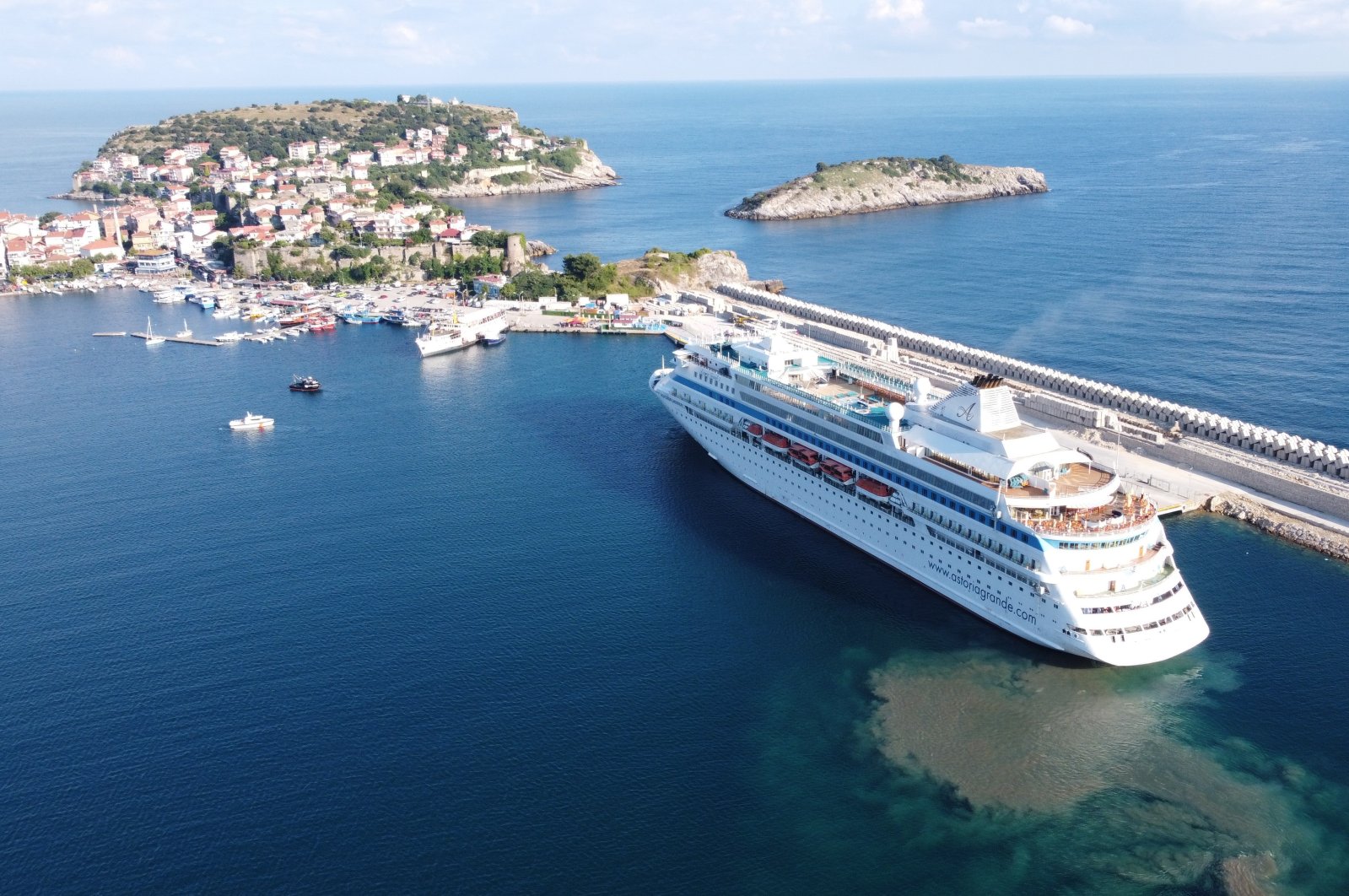 The construction of the Black Sea harbor, which was tendered by the Transport and Infrastructure Ministry in 2018, is now 90% complete.

It was constructed with an investment of TL 78 million ($4.3 million). Panama-flagged Astoria Grande arrived at the harbor from Russia’s Sochi, via Istanbul.

Some 350 visitors were on board at the ship. Amasra is famous for its culinary culture as well as its historical structures and natural beauties. The cruise ship's next stop will be Sinop, another city on Turkey’s Black Sea coast.