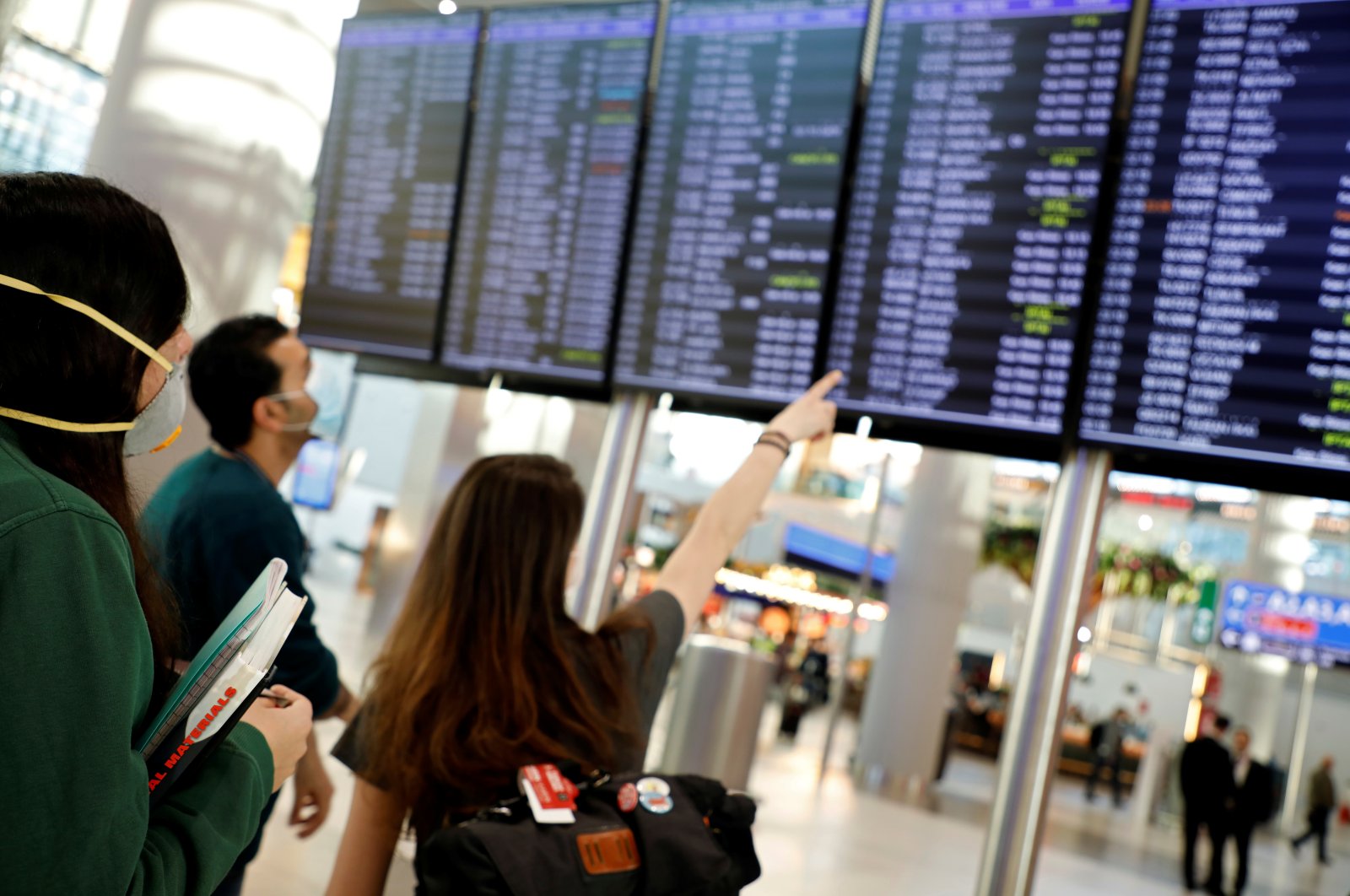 Turkey enjoyed an all-time high in 2019 with more than 45 million foreign visitors, but its tourism industry is bracing for a heavy hit during the upcoming travel season due to the novel coronavirus, which brought along waves of travel restrictions and cancellations.

The global outbreak of the new coronavirus emerged right when the Turkish tourism industry has entered a strong period of recovery with the country recording a sharp rise in the number of tourist arrivals after having unleashed a massive stimulus to recover from 2018 currency crisis.

Turkish Hoteliers Federation (TÜROFED) Chairman Sururi Çorabatır said there has been a significant decline in holiday reservations as many airlines decreased the number of their flights by 50% with the majority of countries.

In January, Culture and Tourism Minister Mehmet Nuri Ersoy said upward trends could mean that Turkey will welcome 58 million foreign visitors and generate $40 billion from tourism activities in 2020, up from $34.5 billion the country earned in 2019, a 17% increase compared with 2018.

The start of this year seemed promising as the industry enjoyed its best January ever with 1.8 million arriving visitors – a 16.1% year-on-year surge, data by the Culture and Tourism Ministry showed. Hotel occupancy rates were also promising as they reached nearly 62%, jumping 6.4% from a year earlier.

However, the signs show now that the country will experience a slowdown in the following months, along with many other tourism destinations worldwide, despite recording only six coronavirus cases so far.

The global death toll from the virus surpassed 5,780 with more than 153,000 cases confirmed worldwide, according to the World Health Organization (WHO), which has termed Europe as the new epicenter of the virus.

To prevent the spread of coronavirus, the government said it will prioritize preventing the spread of the illness within the country and will ensure the safety of borders along with limiting tourist arrivals. It advised hotels dotting the Aegean and Mediterranean coasts to delay summer openings by a month. National flag carrier Turkish Airlines recently said ticket cancellations were up 50% since mid-January.

Ersoy said the ministry has been conducting meetings with sector representatives, adding that financial support for the sector would be announced soon.

TÜROFED Chairman Çorabatır noted that the opening of hotels in touristic regions, which were initially planned for early April, has now been postponed to end of April. Çorabatır said delays would bring a heavy financial toll on the industry.

“We have given an advisory document to the culture and tourism minister. If protective measures are taken to support the sector, we will work in cooperation to overcome this crisis with minimum damage,” he was cited as saying by Turkish daily Milliyet Sunday.

Turkey has already suspended flights from China, Iran, Iraq, Italy, and South Korea, Germany, France, Spain, Norway, Denmark, Belgium, Austria, Sweden, and the Netherlands. Some of the countries on the list, such as Iran, China and Germany, account for a big percentage of total tourist arrivals to the country.

Tourists visiting the Grand Bazaar in Istanbul’s historic Sultanahmet district have already fallen 50% due to COVID-19. Hasan Fırat, chairman of the Grand Bazaar Artisans’ Association, said the market saw ups and downs last year but is currently experiencing the worst fall in terms of the number of visitors and trade volume.

The tourism sector is an important source of foreign currency for Turkey, helping to rein in the energy-importing country's usually wide current account deficit. The country last year managed to log its first current account surplus in 18 years. However, in the last five years, the country experienced several shocks that put a strain on the industry.

In late 2015, Turkey downed a Russian fighter jet that violated the country’s airspace near the Syrian border, sparking a diplomatic crisis and leading to a sharp decline in Russian visitors to Turkey. The industry also experienced setbacks in 2016 due to the failed July 15, 2016, coup attempt and Daesh and PKK terror attacks targeting Turkey's touristic regions, including the Istanbul Atatürk Airport and a night club in Istanbul, as well as increased anti-Muslim sentiment in Europe. In 2016, the number of tourist arrivals declined by 11 million to 25.2 million compared with 2015.

Meanwhile, the sharp depreciation of the Turkish lira against the U.S. dollar in 2018 and the euro has increased the country’s attractiveness as a cheaper destination. However, the depreciation of the lira pushed down the revenue per tourist. In 2017, the country's annual tourism revenue was $26.2 billion for a total of 38.6 million tourists. In 2018, the number of arrivals increased to 45.6 million visitors, but the total revenue increased only by $3 billion due to the exchange rate.