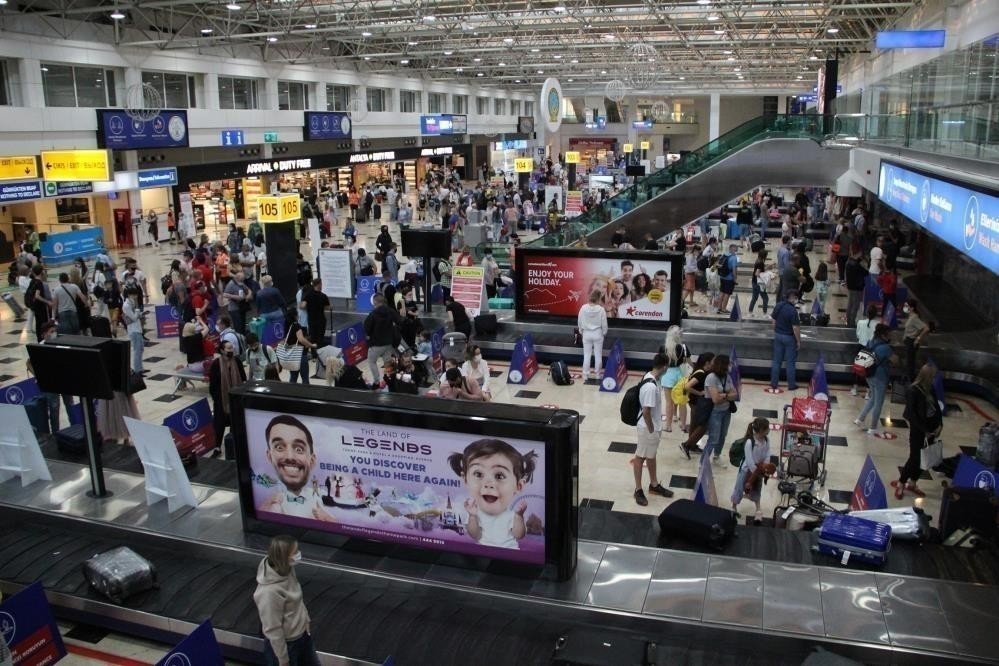 Turkey’s southern resort city of Antalya is enjoying strong demand from abroad this year for New Year's Eve, attracting tourists from all over the world, especially Russia, Ukraine and Germany.

Antalya, which had a better season compared to 2020 during the COVID-19 pandemic, continues to be the most popular touristic destination in the Mediterranean. While Antalya has already welcomed 8.96 million foreign tourists in 11 1/2 months, the city is now preparing to host more guests for the New Year's holiday.

The streets were illuminated and decorated with figures of pine trees, snowmen, deer and wrapped gifts. Hotels have also adapted to the New Year's concept.

Stating that they held meetings with tourism professionals to talk about both the New Year's holiday and the next year, Yazıcı noted that they evaluated the rules to be followed.

Emphasizing that both the industry and the city are ready for the new year, Yazıcı said: "We are expecting a crowd on New Year's weekend. We believe that we will have a good New Year's Eve within the framework of the rules, by complying with the pandemic rules without disturbing anyone."

Yazıcı said that there are also workshops and congresses driving numbers up in the city in addition to the holiday.

Tourism professionals are more hopeful for 2022, Yazıcı said, adding that they expect the season to commence in April next year.

"We will take several measures with the police, gendarmerie, coast guard, law enforcement and municipal units so that our citizens do not become victims. Necessary measures have been reviewed. We will review them again next week. We do not anticipate any problems in the tourism sector or city life in this regard. We are experienced. According to the current rules, music must be turned off by 12 a.m. Our tourism professionals had requested the ban to be extended later, and we will convey it to Ankara," said Yazıcı, adding that the necessary inspections of hotels and other sites will be carried out by the security and gendarmerie teams on New Year's Eve without disturbing guests.

Emphasizing the high density of tourists expected for the new year, Atmaca said, "There is a high demand from the domestic market, we can say that most of the facilities with artists are full. With the snowfall, there is a very serious demand for ski resorts."

The fact that New Year's Eve is on a Friday this year will only increase the domestic touristic potential, he added.