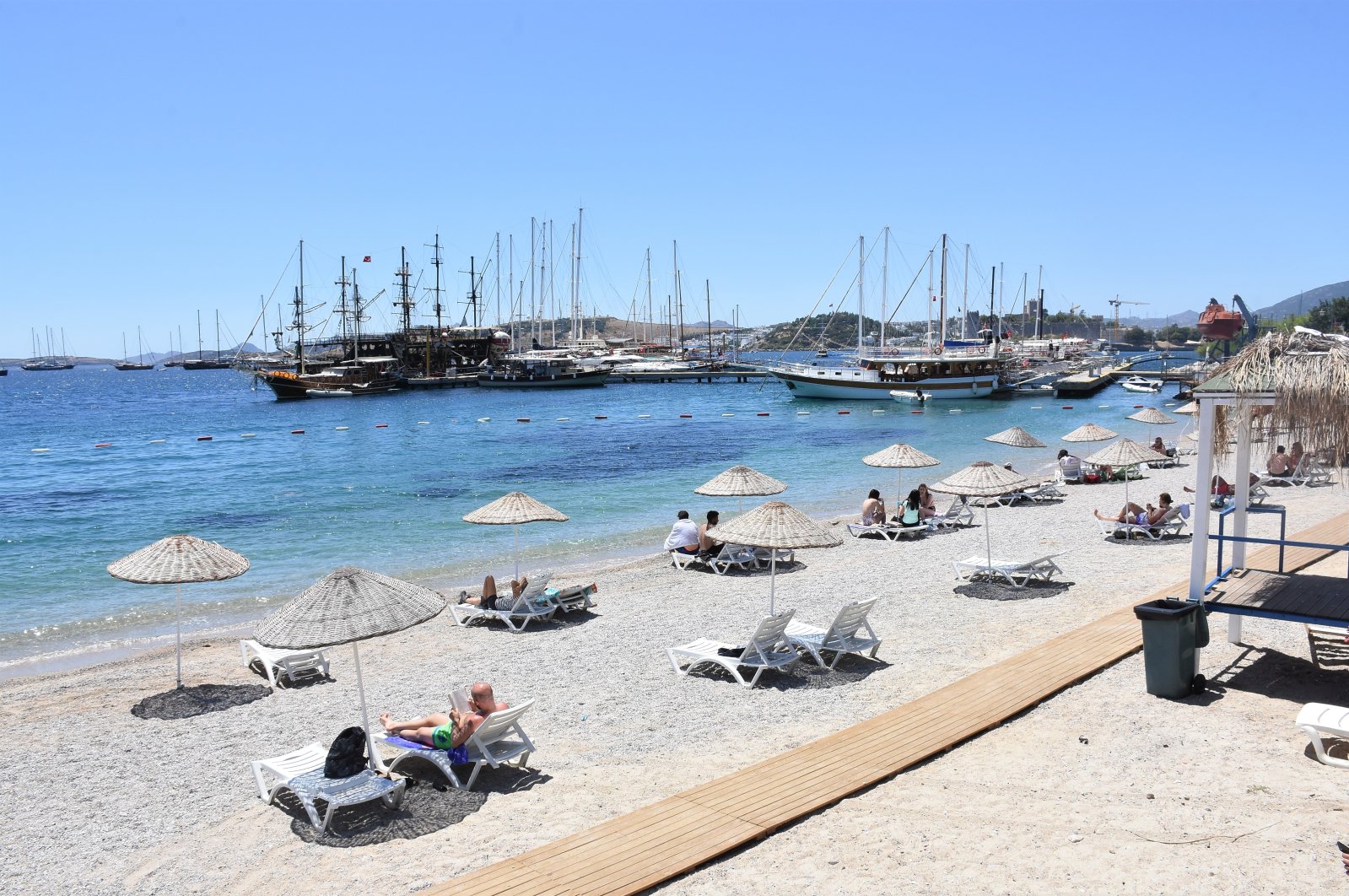 Dubbing it disproportionate, and even political, tourism representatives from Turkey and Germany have called for Germany to revert the decision to extend travel warning for countries outside the EU

Turkish and German tourism representatives have criticized Germany's decision to extend travel warnings for non-European countries until the end of August, saying not all countries could be put in the same pot.

They called the move "disproportionate" and demanded the decision must be reversed.

The German government on Wednesday extended the travel ban for countries outside the European Union until Aug. 31 over ongoing concerns linked to the coronavirus pandemic but said it will lift border controls to all its neighbors by mid-June.

It had introduced warnings against all foreign travel in mid-March at the height of the outbreak.

Foreign Minister Heiko Maas on Thursday said Germany is in close contact with countries outside Europe, including Turkey, over whether travel warnings in place due to the coronavirus pandemic can be lifted.

Lifting the warnings would depend on factors like the number of infections and capacity levels of local health systems, Maas said after talks with ministers from several popular vacation destinations for Germans.

Fiebig called the decision "disproportionate," stressing that every country should be evaluated separately.

"Many countries have had great successes in the fight against coronavirus, with many tourist sites proving to have fewer people infected with the virus than Germany," he said, pointing out that health and safety measures have also been taken in these areas to avoid endangering the health of holidaymakers.

Decision should be reviewed

Turkish Hoteliers Federation (TÜROFED) Chairman Sururi Çorabatır recalled that in deciding whether to remove the travel warning to countries outside the EU, Germany looked at whether the infection rate has been adequately taken under control, the operability of the health system, the adequacy of the test capacity, hygiene rules, opportunities for return and measures taken for tourists’ safety.

"It is clear that we have fulfilled all of these criteria, even more. Both the capacity of our hospitals, our health workers and the number of test centers established at airports are many times higher than those of the countries they have opened (travel with)," Çorabatır told Daily Sabah.

"We don’t find it meaningful travel to Turkey is not allowed while it is being allowed for Greece, which can not offer half of the health services of that of Turkey, and to Spain, where tens of thousands of people have lost their lives. Not only us, but our German colleagues have also reacted," he added.

The TÜROFED chairman said Turkey had acted very quickly when there were still talks about how to open hotels in Europe and had put forth a healthy certificate system.

"We know negotiations are ongoing. Let's hope this wrong decision is reversed. We expect the reconsideration of the decision and the opening of travel to Turkey for all EU citizens, especially Germany," Çorabatır added.

"The numbers of cases in Spain, Italy and France in the EU are obvious. Turkey's fight against the virus has been appreciated by the world. If Germany really wants to protect its citizens, it shouldn’t send its citizens to Spain, Italy and France," said Ibrahim Halil Korkmaz, CEO of Anadolu Cultural Entrepreneurship and chairman of Molton Hotels, suggesting that the decision was completely political.

Recalling that there are 3 million citizens in the country, Korkmaz said: "Even though they shut down flights, how will they prevent these people whose families are in Turkey from coming? I hope they will reverse this wrong decision."

Müberra Eresin, chairman of the Hoteliers Association of Turkey (TÜROB), said in the post-pandemic period, the first aim of all countries regarding tourism will be to resume domestic tourism.

"The EU accepts Schengen borders as an internal border and member states support each other," Eresin said, noting that they think the decision was made with such a motive. However, she said, if the time limit is extended, those who plan to come to Turkey, including Germans and Turks living in Germany, will be disappointed with the decision.

She said Turkey showed great success in its fight against the pandemic while having implemented hygiene and certificate programs at an extraordinary level for post-pandemic tourism.

Ufuk Gezgin, general manager of Ela Quality Resort, stated that this decision of Germany is completely political, noting he believes officials from Turkey will meet with German counterparts to revert the decision which may otherwise be followed by the Netherlands, Belgium, Switzerland and Poland.