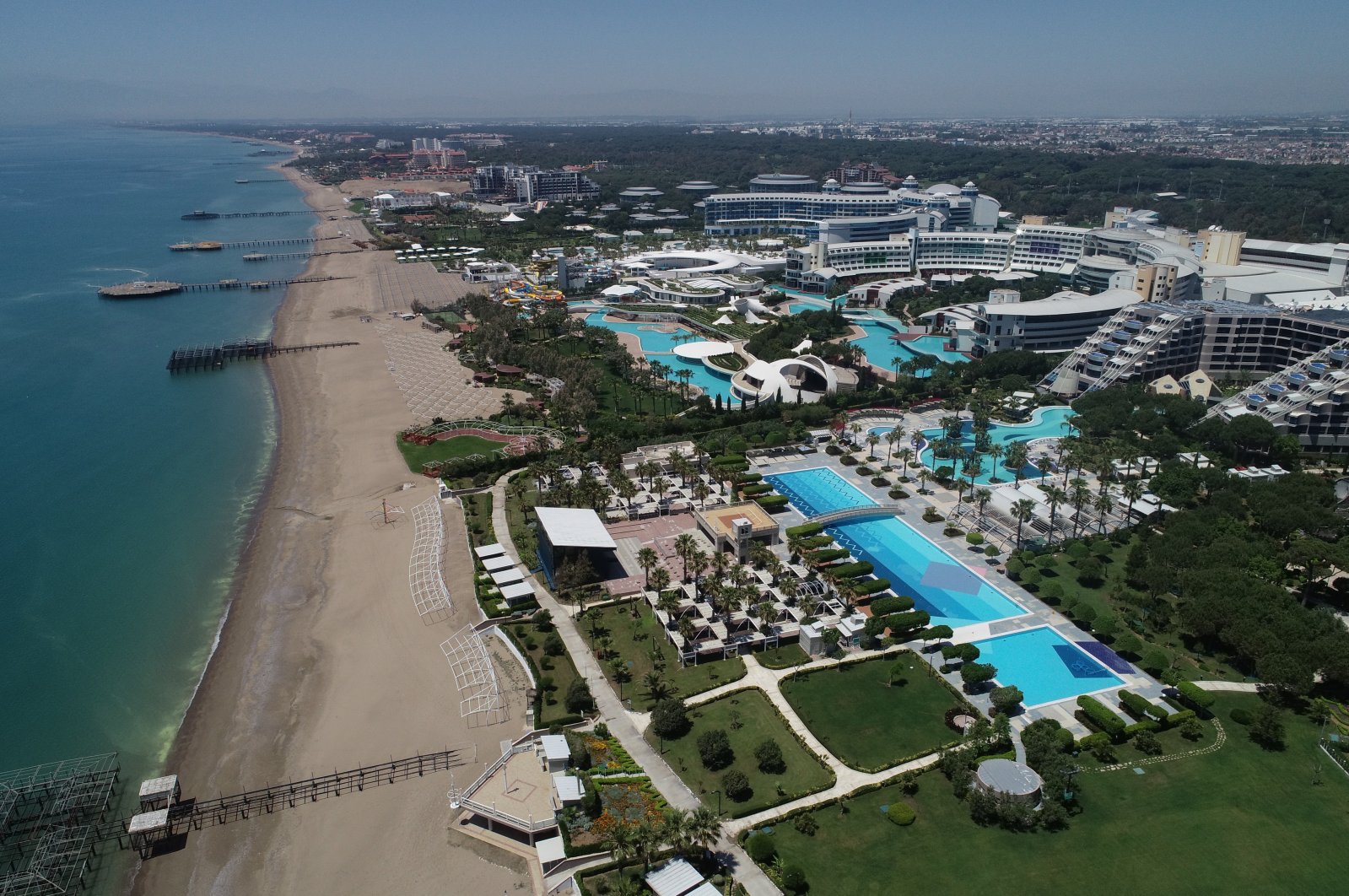 Hotels in Turkey's Mediterranean resort city of Antalya are preparing for tourism season as the normalization period begins amid the seemingly controlled pandemic in the country.

The country has started to gradually roll back restrictions imposed to curb the spread of the pandemic after President Recep Tayyip Erdoğan last week outlined the country's normalization process.

Within this scope, shopping malls, barbershops and beauty salons across Turkey resumed business after nearly two months on Monday. Also, all main Turkish automotive factories resumed operations as of Monday.

Mehmet Nuri Ersoy, the tourism and culture minister, also said the tourism season is expected to start with Ramadan Bayram, or also known as Eid al-Fitr, a holiday that marks the end of the Muslim holy month of Ramadan, in late May.

The ministry issued a hygiene notice last week to inform hotels about COVID-19 measures, such as social distancing and hygiene rules.

After the ministry's notice, hotels started to design their facilities, including buffets, beaches, lobbies and pools, to ensure social distancing.

Hotels set up thermal cameras at their entrances to measure the body temperature of their staff and customers.

They will also use disinfection systems for customer baggage during the season.

Buffets were removed, and the staff will be required to serve meals for customers. Desserts, fruits and salads will be served on single-use plates.

Sunbeds on beaches and poolside will be placed at a distance of 1.5 meters (5 feet), and towels will be delivered in bags.

Room key cards will be disinfected with ultraviolet lamps, while disposable pens will be used in lobbies.

TV and air conditioning remote controls will be disinfected in guest rooms, and all textiles will be washed at 70 degrees Celsius (150 degrees Fahrenheit).

Çağlar Bardakçı, the general manager of the tourism complex Susesi Luxury Resort, said all hotels have to follow the rules of the ministry.

While hotel services will continue, there will be fewer visitors and more personnel, he noted.

"We expect to start the season as of June, after the Eid," he said.

The outbreak damaged several sectors, especially the aviation, travel and tourism sectors, around the world.

Tourism is an important part of Turkey's economy, and the country expected 58 million visitors this year, now unlikely given the pandemic. The tourism minister recently said if the coronavirus was under control, 63 million tourists might be expected in 2021.

The number of foreign visitors arriving in the country totaled 4.24 million in the first quarter of the year, a 22.1% year-on-year drop amid worldwide travel restrictions due to the pandemic, according to Culture and Tourism Ministry data.

The country has also seen an 11.4% decline in its tourism income in the January-February period, dropping to $4.1 billion, according to the Turkish Statistical Institute's (TurkStat) data.