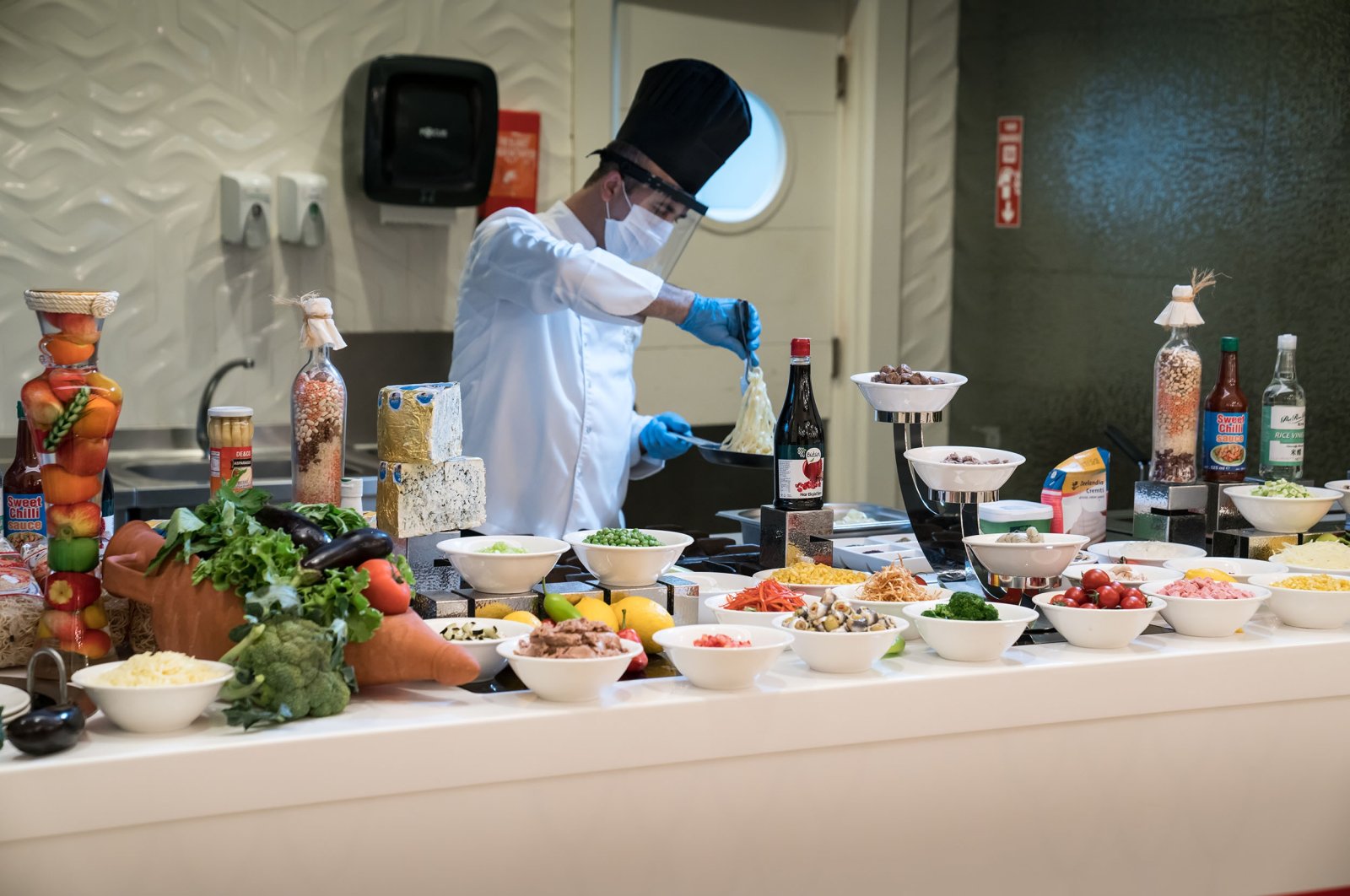 Turkey has been spearheading the implementation of measures to prevent the spread of COVID-19 since the very beginning of the outbreak. Undercover inspectors, dubbed "secret guests" by local media, are checking into hotels across Turkey to audit whether safety measures are up to standard.

Staying at hotels just like any other guest, the auditors report all disruptions. The improper implementation of a single measure can warrant a facility losing its Safe Tourism Certificate.

This certificate program was initially considered last year by the Culture and Tourism Ministry in cooperation with the Health Ministry and related institutions when preparing the country for tourism amid the pandemic. Its ultimate aim is to keep domestic and foreign tourists healthy by enforcing its zero-tolerance policy in facilities that fail to adhere to strict standards.

The facilities must meet the criteria and pass continuous audits to keep providing services.

Noting that they inspect 129 registered facilities, Demirtaş said that their documents are renewed on a monthly basis.

There are rules that apply to every stage of tourism, Demirtaş explained, from the reception to the restaurants and common areas.

Guests are also screened and undergo several checks, including having their temperature taken at the entrance.

Burcu Soysal, quality manager of a five-star hotel operating in the tourism region of Belek in Antalya province, said that the hotels were completely revised for holidaymakers and that the premises are constantly being disinfected.

Describing the Safe Tourism Certificate criteria as very strict, Soysal said: “Our employees in the areas are already conducting an internal audit. We are already familiar with controls. The secret guest is referred to as the instant inspector. They make a sudden entrance and spend time inside like a guest and then report the whole process.”

The rise in COVID-19 cases in the country before the June 1 normalization period caused some countries to restrict flights to Turkey. Russia, a country that sends the highest number of holidaymakers to Turkey, was among the countries and suspended most air travel until June 1. Moscow then said it will not allow tourists to travel to Turkish resort cities until at least June 21.

Culture and Tourism Minister Mehmet Nuri Ersoy, however, said that talks with the Russian side are positive and that they have shared notes containing necessary information about tourism in the country.

“A delegation by Russia will inspect these measures onsite,” he reiterated.

Noting that the negotiations with European countries are continuing, the minister said that various Health Ministry officials from Turkey and related countries held meetings to answer mutual questions.

“So far, we held meetings with more than eight countries,” he said.

Daily coronavirus cases in the country have dropped significantly in recent weeks to below 6,000 – down from a record high of above 60,000 in April.