Archrivals Boeing, Airbus to enter bidding war over US refuelers 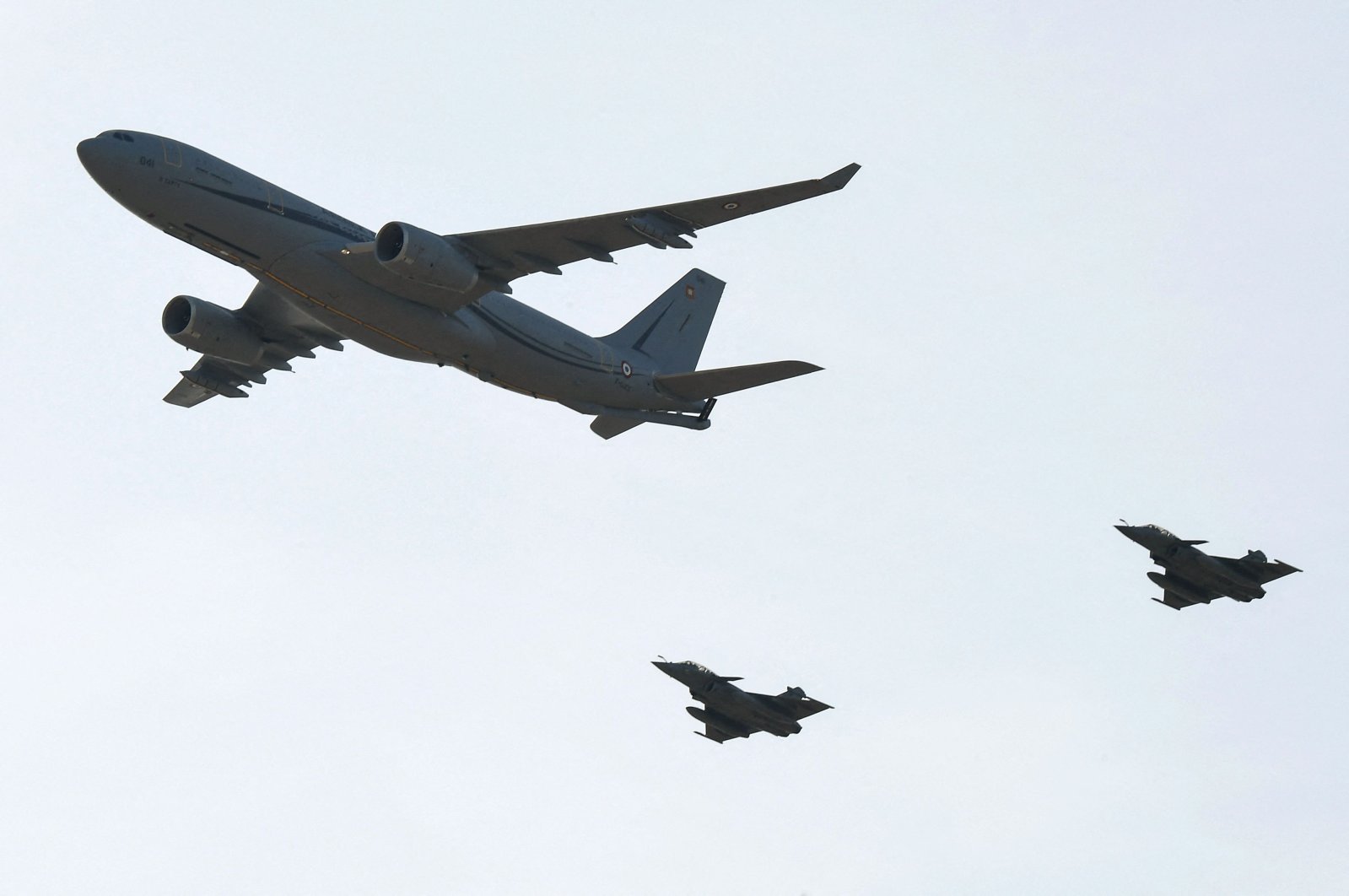 The U.S. Air Force is set to reopen a bidding war between Boeing and archrival Airbus over the replacement of its aging fleet of refueling aircraft essential to Washington's ability to project power beyond its borders.

In a tortuous and scandal-riven procurement process, during which two contracts were scrapped, Boeing finally snagged a $35-billion deal in 2011 to develop and supply 179 KC-46 refuelers by 2029.

Even though the project was plagued by cost overruns and delays, Boeing looked set to walk away with the next phase of the project to replace the Air Force's fleet – without which a large proportion of its capacity would be grounded.

But the Pentagon changed its plans.

The U.S. Air Force in mid-June put out a so-called source sought notice for the supply of between 140 and 160 aircraft at the rate of 12 to 15 a year from 2029 to replace the rest of the fleet until a new model of tanker is developed.

It set up yet another competition between Airbus, with its A330 MRTT that it sells to around 10 countries, and Boeing with its KC-46 Pegasus, derived from the B767 and exported to Japan and Israel.

"Even if we have some scars from previous campaigns, we will obviously see this with a lot of interest and try to come up with a competitive offer," Airbus CEO Guillaume Faury told the Agence France-Presse (AFP).

Initially awarded to Boeing in 2003, the mega-contract was canceled after revelations of spying and conflict of interests on the part of a former Pentagon official who left to join Boeing.

The bidding war was relaunched in 2007, won the following year by Europe's EADS (European Aeronautic Defence and Space) – since renamed Airbus – which was at the time allied with Northrop Grumman of the United States.

But that contract was also annulled because of "significant errors" in the evaluation of the bid as determined by the U.S. General Accounting Office.

Reopened in 2009, the tender was finally won two years later by Boeing, which had no choice but to lower prices.

Since then, the KC-46 program has been beset by problems, which had already cost the Seattle giant more than $5 billion.

The first aircraft was delivered to the U.S. Air Force in 2019 two years late.

'Boeing still has a chance'

The 46 planes currently flying are hobbled by a defective fuel delivery system and other glitches, and will not be fully operational until 2023.

"This looks like a USAF attempt to put competitive pressure on Boeing, and also to deflect criticism of the KC-46 acquisition," said Richard Aboulafia, an aeronautics expert with the Teal Group.

"In other words, Boeing still has a chance here. All they need to do is get their program back on track, and submit a competitive bid," he said.

"However, with billions in losses and similar execution problems on other programs, Boeing may continue to struggle with the KC-46. Thus, Airbus may have a chance, particularly if it teams with Lockheed Martin," Aboulafia said.

Airbus and Lockheed have collaborated on refuellers since late 2018.

If Airbus wins the bidding contest, "the program will be greatly Americanized," Faury said, as U.S. law requires the procurement of goods produced in the U.S.

But even with a production unit in Mobile, Alabama, which Airbus was planning to use a decade ago, "it would be really good news for production levels and the whole supply chain" made up of several European suppliers if the European aeronautics giant comes out on top, he said.