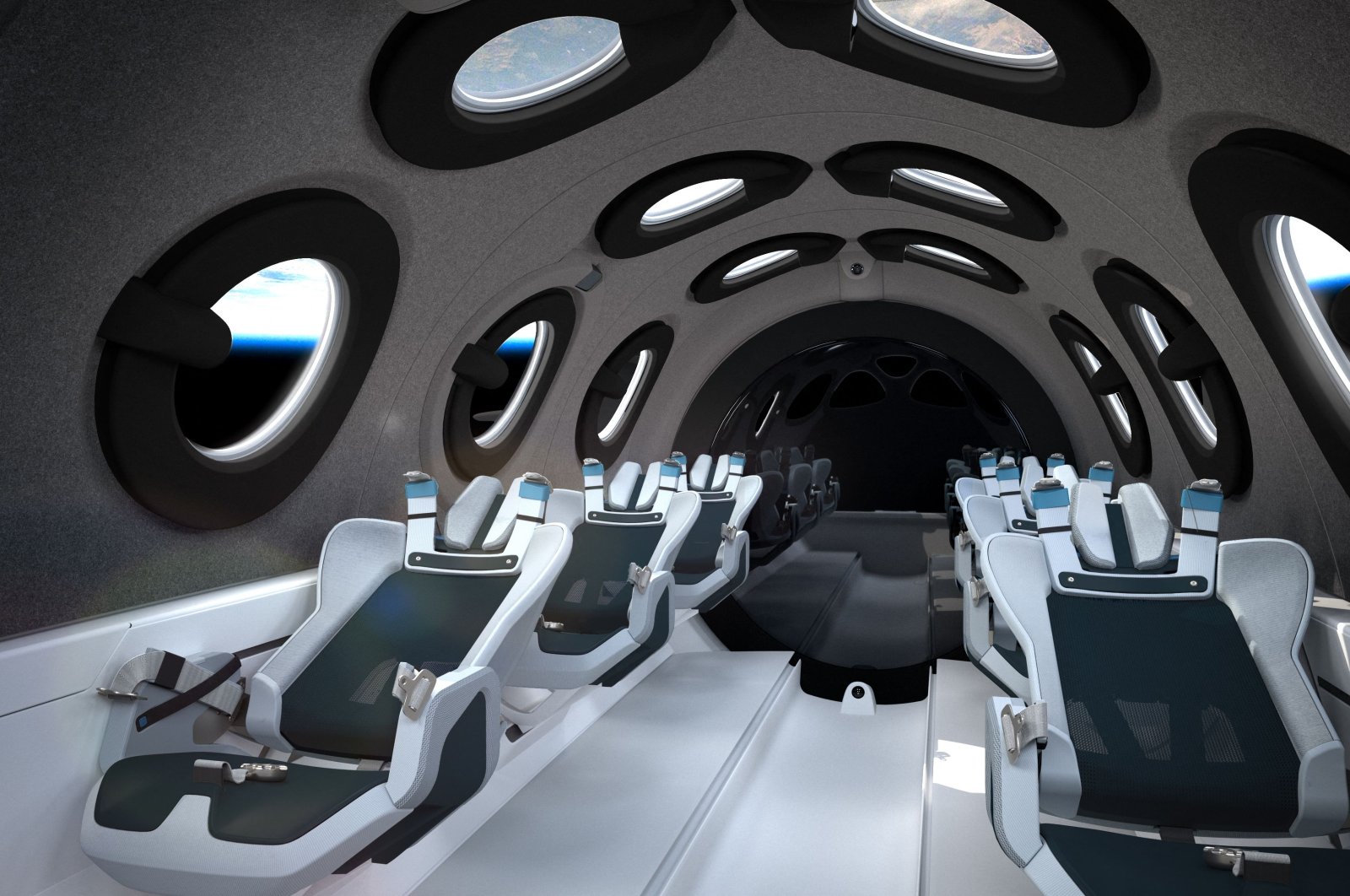 Flights to Türkiye, Serbia sell out after Putin's partial call-up

Richard Branson and Jeff Bezos launched Virgin Galactic and Blue Origin in the early 2000s, and now both men stand on the verge of liftoff themselves, mere days apart.

The result of both an overlap in the companies' development timelines and the pair's fierce rivalry, the launches mark a milestone in the nascent space tourism industry.

While the tycoons are among the first passengers, their ultimate goal is to allow hundreds of (wealthy) clients to admire with their own eyes, for a few minutes, the curvature of the Earth.

They won't be the first billionaires in space.

Hungarian-American Charles Simonyi and Guy Laliberte, the Canadian co-founder of Cirque du Soleil, spent several days aboard the International Space Station in 2007 and 2009, respectively, but made the trip on Russian Soyuz rockets.

Bezos and Branson will be the first to hitch a ride with private space companies – which they themselves created.

"It's just an incredible, wonderful coincidence that we're going up in the same month," Britain's Branson told The Washington Post in an interview, adding that his decision to move up his spaceflight to July 11 was "honestly not" intended to best the Amazon founder, whose voyage is slated for July 20.

Branson's flight takes off Sunday from a base in New Mexico called SpacePort America.

The time has not yet been announced, but the company said a livestream would begin at 7 a.m. local time (1 p.m. GMT).

VSS Unity's two pilots ignite its rocket engines, propelling the craft to Mach 3 above the 80 kilometers (50 miles) altitude considered the boundary of space by the United States.

The passengers, Branson and three other Virgin Galactic employees, will be able to unbuckle and experience weightlessness for a few minutes.

The ship finally glides back to the original runway.

"When we return, I will announce something very exciting to give more people the chance to become an astronaut," he has promised.

Blue Origin's voyage launches on July 20, the anniversary of the first moon landing in 1969.

The reusable rocket system is named New Shepard in honor of Alan Shepard, the first U.S. citizen in space.

After liftoff, the capsule, which carries up to six crew members, separates from its booster and then spends four minutes at an altitude exceeding 100 kilometers (60 miles) – also known as the Karman line, the internationally accepted border of space.

In comparison, commercial planes generally fly at an altitude of 10 kilometers.

The booster lands autonomously on a pad two miles from the launch site, and the capsule floats back to the surface with three large parachutes that slow it down to about a mile an hour when it lands.

Onboard will be the Amazon founder, his brother Mark, 82-year-old female aviator Wally Funk and the mystery winner of an auctioned ticket that sold for $28 million.

It will be New Shepard's first crewed launch. Virgin Galactic has had three crewed flights including pilots, and even a passenger.

But after being heralded as imminent for years, the advent of space tourism remains dependent on the complete success of these tests.

In 2014, a Virgin Galactic spacecraft crash caused the death of a pilot, significantly delaying the program. Another tragic event of this kind could well put an end to it.

Flights to Türkiye, Serbia sell out after Putin's partial call-up