Budget airline Jet2.com to suspend some UK flights to Spain after quarantine rule 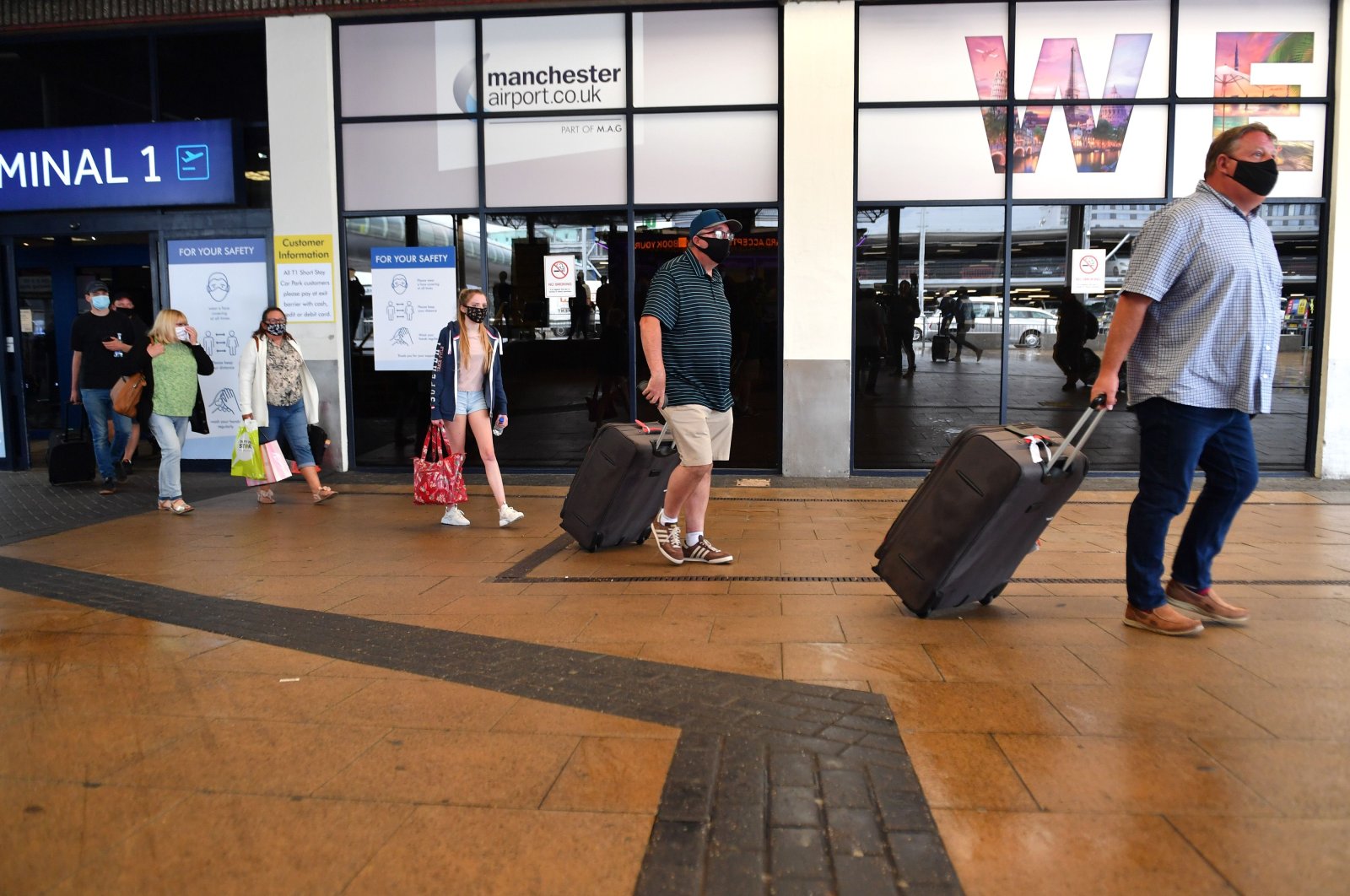 Passengers wearing a face mask or covering due to the COVID-19 pandemic, react as they exit Terminal 1 after landing at Manchester Airport in Manchester, northwest England on July 27, 2020. (AFP Photo)
by REUTERS Jul 27, 2020 7:52 pm
RECOMMENDED

Budget airline Jet2.com said on Monday it was canceling flights from Britain to four destinations in Spain after the U.K. government said holidaymakers returning to Britain will need to quarantine for two weeks.

"Following the latest government advice regarding travel to mainland Spain from the U.K., we have taken the decision to suspend our flights and holidays program to Costa de Almeria, Alicante, Malaga and Murcia from 28th July up to and including 16th August," the airline said on Twitter.

Jet2.com, owned by Dart Group, said it was also suspending flights from Britain to Faro in Portugal until Aug. 16.

Britain's decision late on Saturday to take Spain off a safe-travel list over a rise in coronavirus cases took effect from midnight local time, leaving travelers with no time to dodge it and with major concerns about their returns, tourists at Madrid airports said in previous reports, a move that will also affect tourism-dependent Spanish economy.

Spain was one of the worst-affected by the coronavirus pandemic in Europe, with more than 290,000 cases and over 28,000 deaths. It imposed very strict lockdown measures to contain the spread, gradually easing them earlier in the summer.

Spain had been on a list of countries that the British government had said were safe for travelers to visit – meaning tourists returning home would not have to go into quarantine.

But it has seen a surge of cases in the last few weeks, prompting most regions to impose rules for masks to be worn everywhere and, in several areas including Barcelona, calls for people to stay at home.

While Spain was hard hit, Britain itself has been hit harder, with an official death toll of more than 45,600. Some British tourists pointed out that Spain's mask-wearing rules were much stricter than Britain's.

The British decision follows steps by Norway on Friday to reimpose a 10-day quarantine requirement for people arriving from Spain, while France advised people not to travel to Spain's northeastern region of Catalonia.

Britons made up more than 20% of foreign visitors to Spain last year, the largest group by nationality, a key source of income for a country that depends on tourism for about 12% of its economy.

Spain's central bank has said the economy could shrink by 11.6% in 2020, without ruling out an even sharper contraction of 15.1% in case of a new wave of coronavirus.

The tour operator TUI has also canceled British holidays to mainland Spain from Monday until August 9 after the U.K. government's decision.

British Airways, EasyJet and Ryanair, on the other hand, criticized the government's decision, while announcing that they would continue their flights to Spain despite quarantine rules.