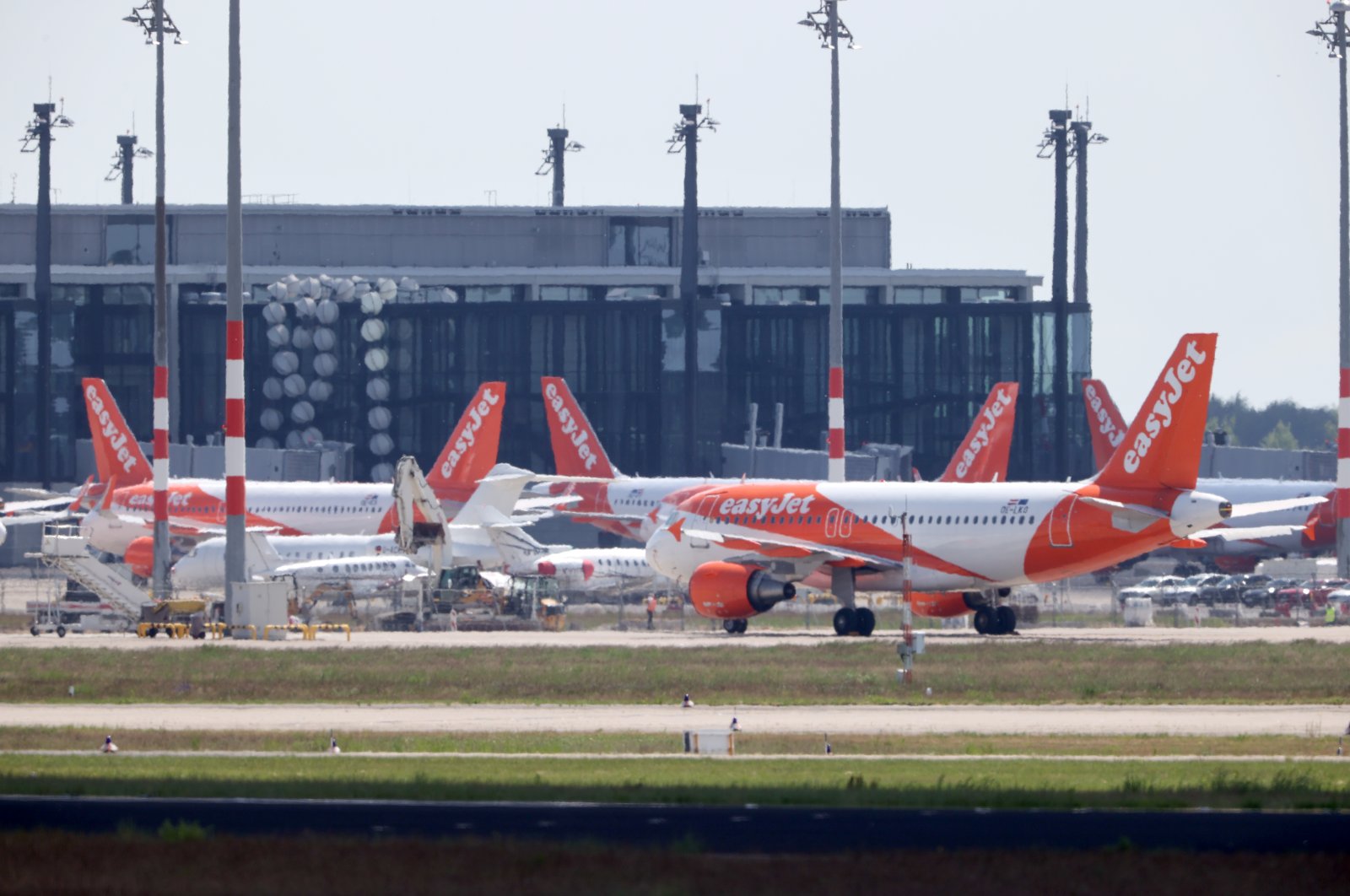 EasyJet planes are seen at the Berlin Schoenefeld airport, amid the spread of the coronavirus, Schoenefeld, Germany, May 26, 2020. (Reuters Photo)
by REUTERS May 28, 2020 2:26 pm
RECOMMENDED

Britain's easyJet plans to cut up to 4,500 jobs and shrink its fleet to adjust to the smaller travel market which is forecast to emerge from the coronavirus crisis.

EasyJet, which employs more than 15,000 people in eight countries across Europe, is moving later than others in announcing job cuts as a result of the coronavirus pandemic, which has brought airlines across the world to their knees.

Most have been forced to cut jobs, including more than 15,000 in Britain, as they prepare for a market which is not forecast to return to 2019 levels until 2023.

EasyJet, which said on Thursday it would launch a consultation process with staff, also plans to shrink its fleet by 15% to 302 planes by the end of 2021 and to cut costs through deals with airports, maintenance suppliers and in marketing.

Shares in easyJet rose 6% to 751 pence ($9.26), their highest level since mid-March, before coronavirus grounded its fleet.

"Exactly the kind of overhaul the cost base needs," Bernstein analyst Daniel Roeska said of easyJet's cuts, which go deeper than those of Ryanair and Wizz Air, who have said they will lay off 15% and 19% of staff respectively.

EasyJet said it expects to be flying around 30% of its capacity by the fourth quarter, which leaves it trailing Ryanair which is planning to fly 40% in July.

"The leverage to growing market share over the next two years seems to rest with Ryanair and Wizz, who see their cost bases as allowing them to exploit this crisis," Goodbody analyst Mark Simpson said.

EasyJet Chief Executive Johan Lundgren said that job cuts would ensure easyJet emerges as "a more competitive business." Around 8,000 of its staff are based in Britain.

Lundgren told reporters that easyJet was talking to the British government about a 14-day quarantine rule which airlines say will further stifle any travel recovery.

Over the last six weeks easyJet has also been grappling with an attempt by its biggest shareholder to oust its senior bosses and the fallout from a cyberattack.

It said talks with lessors interested in acquiring aircraft on a sale and leaseback basis are ongoing and proceeds would now be 500 million pounds to 650 million pounds ($798 million), around 25% higher than expected in April.