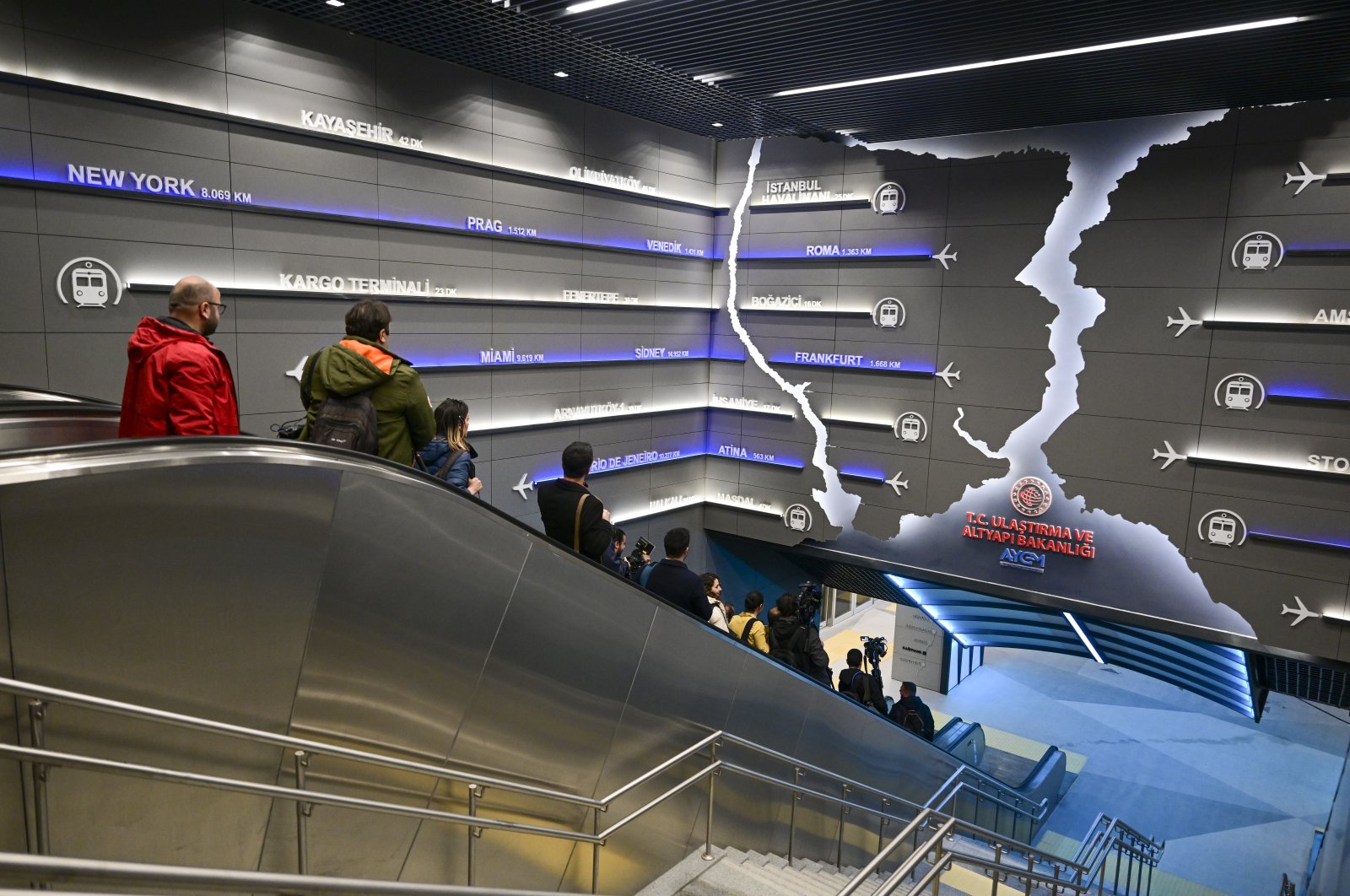 The 34-kilometer (21-mile) metro link marks the first railway connection with Türkiye’s largest and one of the biggest airports in the world.

The line from the Kağıthane neighborhood will run through the Eyüpsultan and Arnavutköy districts before reaching Istanbul Airport.

Addressing the inauguration ceremony, Erdoğan said that thanks to the Kağıthane-Istanbul Airport Metro Line with a capacity of 800,000 passengers per day, it is now possible to reach Istanbul Airport from Kağıthane in 24 minutes.

The link promises to add to an already dense transportation network in Istanbul, Europe's largest city straddling Europe and Asia. It will also further boost passenger and cargo mobility, which is likely to mobilize greater and faster links with Europe.

Istanbul Airport, which was officially declared open in late October 2018 before becoming fully operational in April 2019, is dubbed the busiest airport in Europe with an average of 1,156 daily flights last year.

Pointing out that the government integrated the recently inaugurated metro line in Mahmutbey with a metro line in Kağıthane, the president said that they will connect this line with Zincirlikuyu Metrobus stop in a few months.

The president also commented that the signaling system of the newly opened metro was produced by leading Turkish defense company Aselsan in cooperation with the Scientific and Technological Research Council of Türkiye (TÜBITAK).

“Domestically designed and produced vehicles that will operate on the line will also serve with domestic batteries. Türkiye has proven its strength and capability in the subway's construction line with this project to the entire world,” Erdoğan highlighted.

“Likewise, work on our subway line project, which will start from Istanbul Airport and descend from Arnavutköy to Halkalı, is underway. Besides this, work on the Bakırköy-Bağcılar, Başakşehir-Kayaşehir, Kazlıçeşme-Sirkeci and Altunizade-Bosna Boulevard lines is on the go as well. When we complete all these projects, we will have increased the network of Istanbul's rail system to over 380 kilometers (236.1 miles),” the president emphasized.

“Most of the metro lines that have been put into operation in recent years are the projects built by our Ministry of Transport and Infrastructure,” he added.

Transport and Infrastructure Minister Adil Karaismailoğlu previously said in a live broadcast that the metro line to the Istanbul Airport will be the fastest metro in Europe, with 120 kph (75 mph).

Türkiye is also looking to connect a high-speed train line between Istanbul and Ankara to the two airports in the metropolis, Karaismailoğlu had announced earlier.

The project that will link the railway line to Sabiha Gökçen Airport on the Anatolian side and Istanbul Airport on the European side of the city is nearing the tender stage, Karaismailoğlu said.

Karaismailoğlu did not delve further into the timeline of the tender for the project.