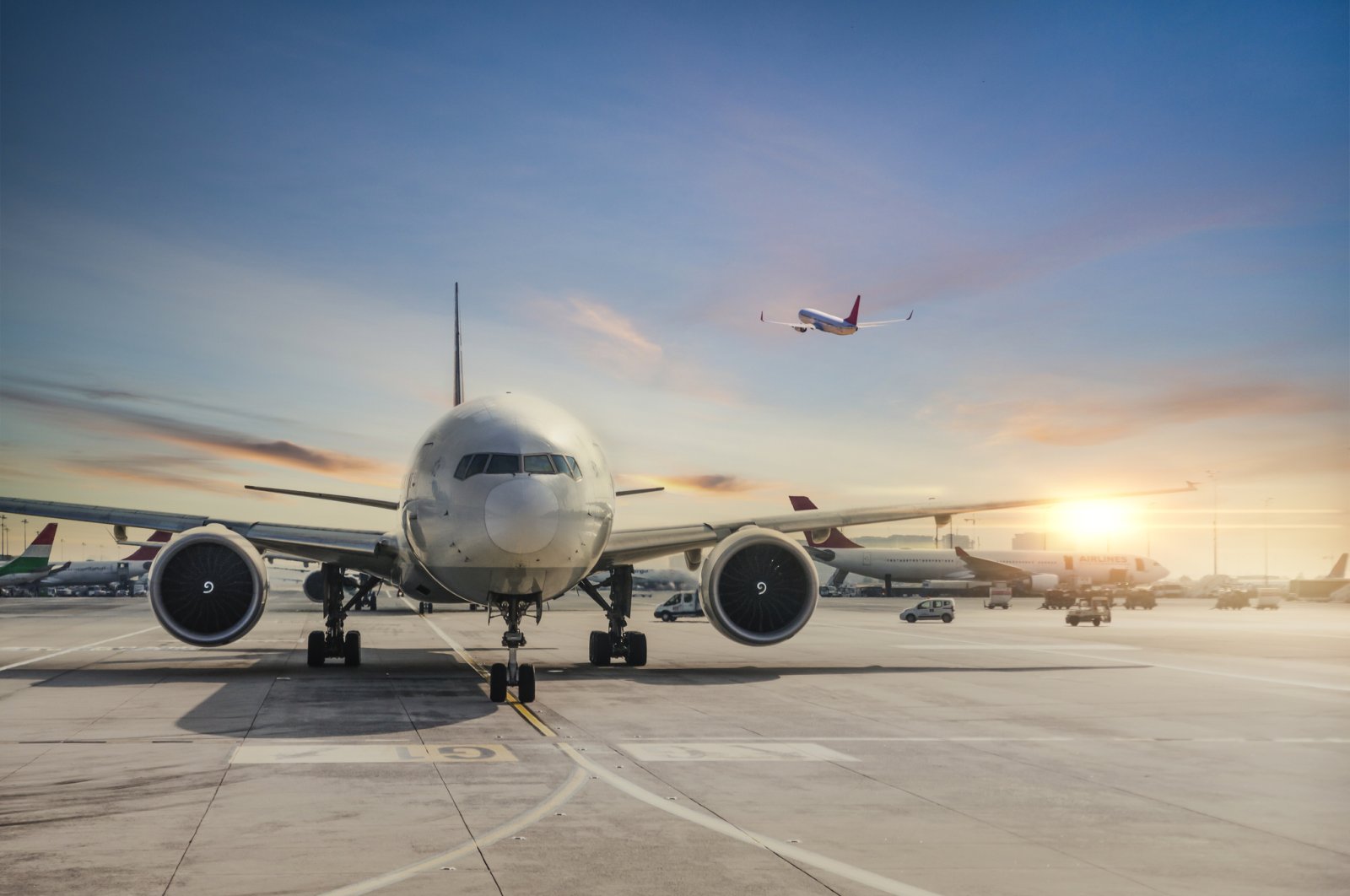 The airline industry, which contributes greatly to countries’ employment while bridging continents for global trade, faces its greatest crisis as the coronavirus outbreak wiped out business and customer plans with governmental-level restrictions on free travel which have only begun easing with the most recent steps toward normalization.

With reopening and post-pandemic plans on the agenda, there come new questions, including: How big is the virus cost on airlines, both for major companies and low-cost carriers? When will the industry bounce back, and, to make this happen, when will people ever be able to feel safe enough to travel again?

Patrick Edmond, managing director of Altair Advisory that provides board-level strategic advice for the aviation industry, told Daily Sabah via email that there are several requirements for travel to return normal, initially beginning with the airlines’ getting permission to fly with the lifting of the travel bans.

Meanwhile, Edmond explains, “The health procedures to put in place such as social distancing measures, tests and provided masks on board, must be defined to allow them to fly.”

According to a report by the International Civil Aviation Organization (ICAO) on the economic impacts of COVID-19 on civil aviation, there are several different recovery paths for the industry under two scenarios, which are distinguished as the best-case and worst-case scenarios to address the ambiguous nature of the current situation.

The best-case scenario foresees a “V-shaped process," identified as “a brief period of contraction” followed by quick and smooth recovery with the first sign of recovery in late May. ICAO estimated international travel to decline between 861 million and 1.3 billion passengers with the reduction of the seats by the airlines from 38% to 58%, and with $152 billion to $235 billion potential gross operating revenue loss in a V-shaped recovery path.

These figures could go as high as 1.524 billion fewer travelers with a reduction ranging from 48% to 71% of seats offered by airlines and up to $269 billion revenue loss in the case of a U-shaped recovery, which is identified as “a prolonged contraction and muted recovery with a possibility of no return to the trend line of growth.”

The ICAO report also forecasts similar V- and U-shaped recovery scenarios for domestic passenger traffic, which ranges between the reduction of seats from 28% in the best-case scenario with early recovery to up to 51% in a prolonged recovery process with a decrease in passengers between 958 million and 1.68 billion. The report's highest revenue loss in domestic flights was also stated as $149 billion with $85 billion being the lowest potential loss.

Passenger traffic worldwide took a major hit following the emergence of the virus in the central Chinese city of Wuhan late last year, as countries introduced a series of measures to curb the spread of the virus, including suspending air traffic and closing borders, while many airlines grounded planes though some continued with air cargo transportation.

Touching upon the importance of cargo transportation, Edmond stressed that though the long-haul airlines, in particular, will see a significant reduction in passenger demand, they have one advantage.

The airline industry has been one of the most affected industries by the pandemic, yet all sorts of businesses saw the impact due to imposed curfews and restrictions, as countries delivered economic stimulus packages one after another. Economic institutions also revealed various recovery predictions with gross domestic product (GDP) growth estimations, which are directly connected to the civil aviation industry since people will eventually need reasons to travel either for their businesses or for personal needs that require economic availability and the continuity of businesses.

“Passengers must feel comfortable booking a ticket, for example knowing that the hotel they are going to is safe, clean,” Edmond further argued, along with passengers’ being able to afford a ticket in the post-pandemic era following a period that witnessed millions of job losses worldwide.

An International Monetary Fund (IMF) graphic that demonstrates the GDP projections of developing countries and advanced economies from the first quarter of 2019 to the fourth quarter of 2021 indicates a sharp decline in advanced economies’ GDP which is set to bounce back to its pre-pandemic levels as of the third quarter of 2020. The same graphic forecasts a recovery for developing countries as of the third quarter of 2020 as well, which is set to expand with a ratio that is parallel to that of the pre-pandemic era.

How the competition in the sector will be shaped in the coming period is also a subject that is currently argued, as the impact of the outbreak changes for each carrier, depending on several factors, including the variability of governments’ moves to avert the damage and compensate for the companies’ losses.

“There is likely to be less capacity, fewer airlines and destinations and a change in emphasis between different business models,” John Strickland, an aviation expert and the director of JLS Consulting, told Daily Sabah.

Similarly, Edmond noted: “I think we will see fewer airlines, some will stop operating, and many of the airlines which continue will be smaller,” highlighting that more cooperation between network carriers and low-cost carriers is also likely to come.

He explained that the network carriers may cooperate with low-cost airlines for short-haul flights as they may terminate some of their short-haul domestic flights to reduce their size. Thus, to reach a spot on the other side of the world, a passenger may use a low-cost airline to fly to a nearby hub then make a transfer to a network airline flight.

“I know there are several travel technology companies working on solutions to allow airlines to cooperate like this,” Edmond added.

Restoring consumer confidence while keeping up to address necessary health precautions will come to the fore as another challenging subject for the airlines, as flights are no longer expected to be the same as they were before.

Several changes and requirements are among the discussed topics, such as compulsory temperature checks or even blood tests.

“Winning customer confidence will be essential, but much work needs to be done on the ground to address any health concerns before customers board an aircraft. This may include temperature testing at airports and the use of technology to assist with social distancing by reducing queueing," Strickland said.

Budget airlines – more vulnerable than others?

There is still uncertainty on which airlines will weather the crisis, but it is not a secret that cash-strapped and indebted airlines with no government support are in a tighter spot than others. However, some new cost-rising measures such as leaving the middle seat empty have raised questions on whether low-cost airlines could be more vulnerable in terms of reaching the break-even point.

Many airlines have already taken steps to leave middle seats open or restrict ticket sales, along with other measures such as cabin cleaning and air filtration systems. However, experts warned that saving a seat free might not be the solution to limit the spread of the virus and it is definitely not compatible with budget carriers’ business model; some say it is simply not compatible with any airline.

“If an airline wants to really provide 2-meter distance between passengers, then on a 180-seat plane like an A320, perhaps there will be a maximum of 30 passengers – it won’t work at all,” Edmond said, adding that implementing social distancing would force airlines to charge people 50% more for the other seats.

“It is possible as a short-term emergency measure for a few weeks, but no more,” Edmond said.

The International Air Transport Association (IATA), the global industry's main group that represents 290 airlines, has already said that airlines will not be able to make a profit if they limit airplanes to two-thirds of their normal capacity unless they drastically increased airfares.

Irish budget carrier Ryanair's CEO Michael O'Leary said earlier that if such a rule of leaving the middle seat empty is implemented, the government should pay for the empty seats or the company’s planes will not fly.

Saying that the company plans to gradually resume flights before temporarily decreasing the number during the less busy winter season, O’Leary noted, in an interview with the Financial Times, that those plans can only be realized without "some entirely ineffective social distancing measures like having middle seats empty because if middle seats are empty, we're not returning to flying at all."

Strickland also said offering limiting seat capacity is not likely to be an advantage for airlines over low-cost carriers.

“Lower seat capacity is not likely as it cannot meet the requirement for social distancing onboard unless aircraft operate only at load factors (average occupancy) of 25% which is not economically viable for any airline,” Strickland said.

He said what makes airlines more vulnerable than others is poor management with weak cost control and poor competitive focus and in fact budget airlines could be better-positioned than others in the post-crisis industry due to their cost structure.

“Low-cost airlines are more typically well-managed and efficient in their operations. They are able to support offering low fares which will be necessary to restart demand after the COVID-19 crisis," Strickland said.

He noted low-cost airlines’ ability to offer cheaper seats could give them an advantage as expected recessionary conditions would bring greater price sensitivity for air travel. “They are well-placed to exploit this," he said.

Full recovery not likely without vaccine

While the industry continues to work on safety measures to restore consumer confidence, it does not expect to see a full recovery without a vaccine or an effective coronavirus drug that will make customers completely safe to travel.

“We have to see either a very fast and very reliable virus test – giving results in seconds or minutes – or preferably a vaccine before demand can really pick up,” Edmond said.

United Airlines' new CEO Scott Kirby warned shareholders earlier this week that more improvements in demand could happen soon but no full recovery would come without a vaccine.

"We won't get back to 100% until some time after people feel completely safe and COVID-19 will thankfully be in the rearview mirror," Kirby said.

Yet the recovery is not only related to the safety measures or how big the threat of getting infected is but also depends on how fast the global economy recovers.

“Demand for air travel is driven by GDP growth, and typically the multiplier is about 2 or 2.5. In other words, if GDP grows by 5% in a given year, we expect air travel to grow by 10% or more,” Edmond said.

He warned that global GDP contraction will push air travel demand down considerably, “even after the virus is under control.”