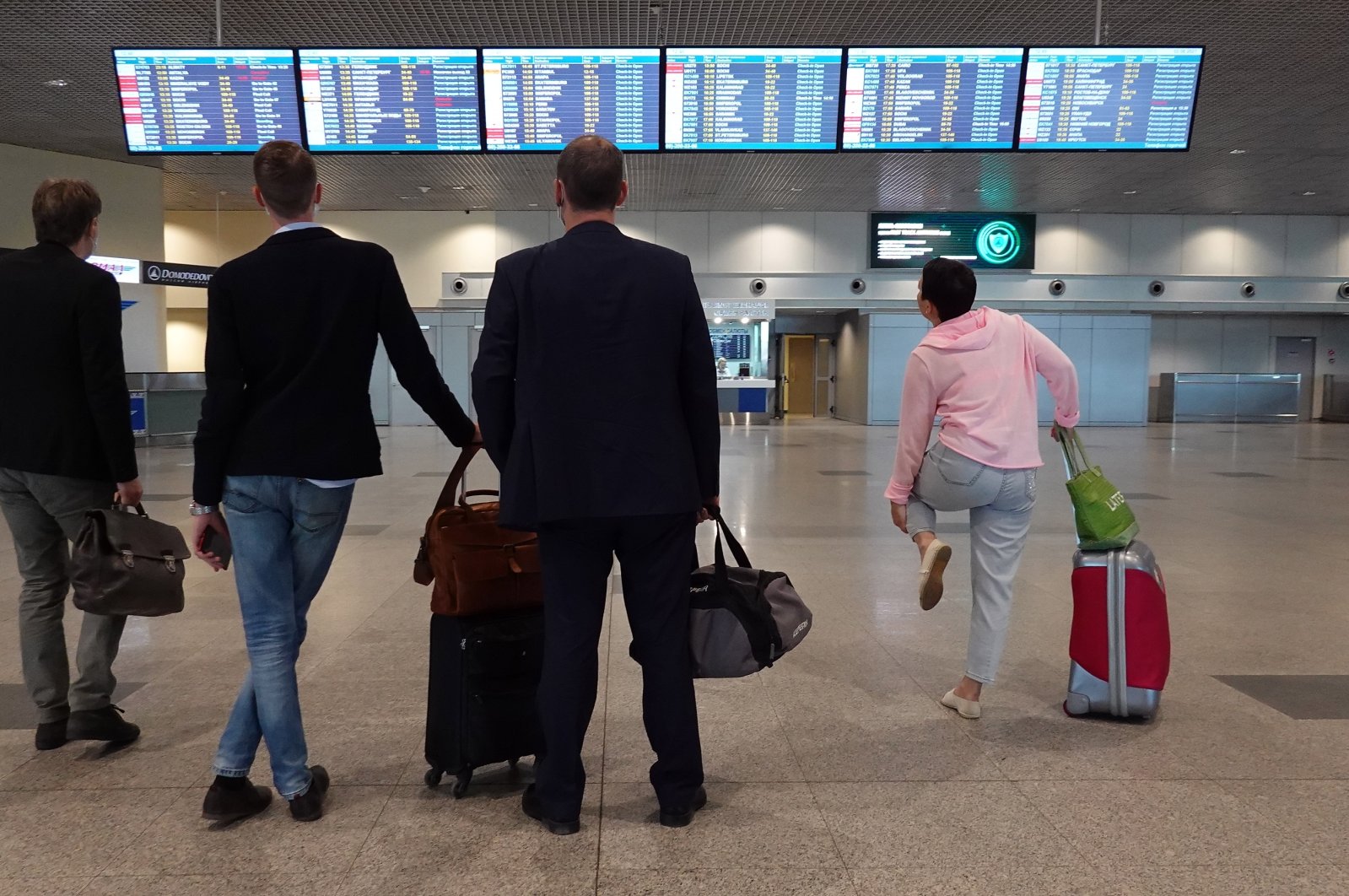 A year after the coronavirus pandemic emptied airports, air travel associations now fear a chaotic summer holiday season in Europe as travelers could be made to wait hours before boarding planes due to health checks.

Strict controls are still in place at most European airports even though vaccination campaigns are making progress and infection rates are falling.

That time is generally spent checking in, passing security and immigration controls, picking up checked bags and making it through customs. And there's the new reality: Airlines having to check passengers' COVID-19 tests, temperature and other health documents.

The wait time has increased even though the volume of traffic is "only about 30% of pre-COVID-19 levels," an IATA statement said.

The sector lobby group warned that time spent in airports could swell to five hours and 30 minutes if traffic rebounds to 75% of its pre-pandemic level, and even longer "without process improvements."

If traffic fully returns to normal, the IATA estimates people could spend up to eight hours getting to their planes and back out at their destinations.

Such a nightmare scenario may not come to pass: The European branch of Airports Control International (ACI Europe) expects 125 million people to travel by air in August, almost half the level recorded two years earlier.

Eurocontrol, the organization tasked with air navigation security on the continent, forecasts the level in August to be between 46% and 69% of that in August 2019, depending on how the health crisis plays out in the next two months.

Eurocontrol set its median level at 57.

The EU Digital COVID Certificate – showing whether a traveler was vaccinated, has immunity from a previous infection or passed a coronavirus test – will be rolled out on July 1 in an effort to make travel smoother within the 27-nation bloc.

The health checks have made flying more complicated after the industry made efforts in recent years to reduce travel hassles by scrapping paper tickets and using online check-in or automatic identity controls.

"The level of both uncertainty and complexity in planning for the restart is just mind blowing for now," said ACI Europe director general Olivier Jankovec, whose association represents 500 airports on the continent.

"With each passing day, the prospect of travelers enduring widespread chaos at airports this summer is becoming more real."

Verification of COVID-19 tests, passenger location forms and quarantine documents "vary depending on their point of origin and destination, based on rules which remain largely unaligned and unstable across Europe," ACI Europe noted.

In France, border police now systematically check identity papers, even for passengers within the Schengen passport-free travel zone, and machines that do it automatically have been shut down.

"At the top of my list of concerns are talks with the interior ministry on how to keep this summer from becoming an apocalypse in terms of passenger delays," said Augustin de Romanet, head of the Paris airport group ADP.

A French airport source was less alarmed, however.

"Certain kinds of measures will be eased... That is what the European health certificate is for, it will ease travel and eliminate the health control phase on three-quarters of flights," said the source, who requested anonymity.

In addition, "given the volume of traffic, which is not huge, and that not as many airport terminals will be operating, it should not pose a problem" for those who manage the flow of passengers, the source added.

Noting the stiff competition between European airports, the source suggested that "ADP and the airlines are sounding the alarm to put pressure on the French government" for lighter health measures.