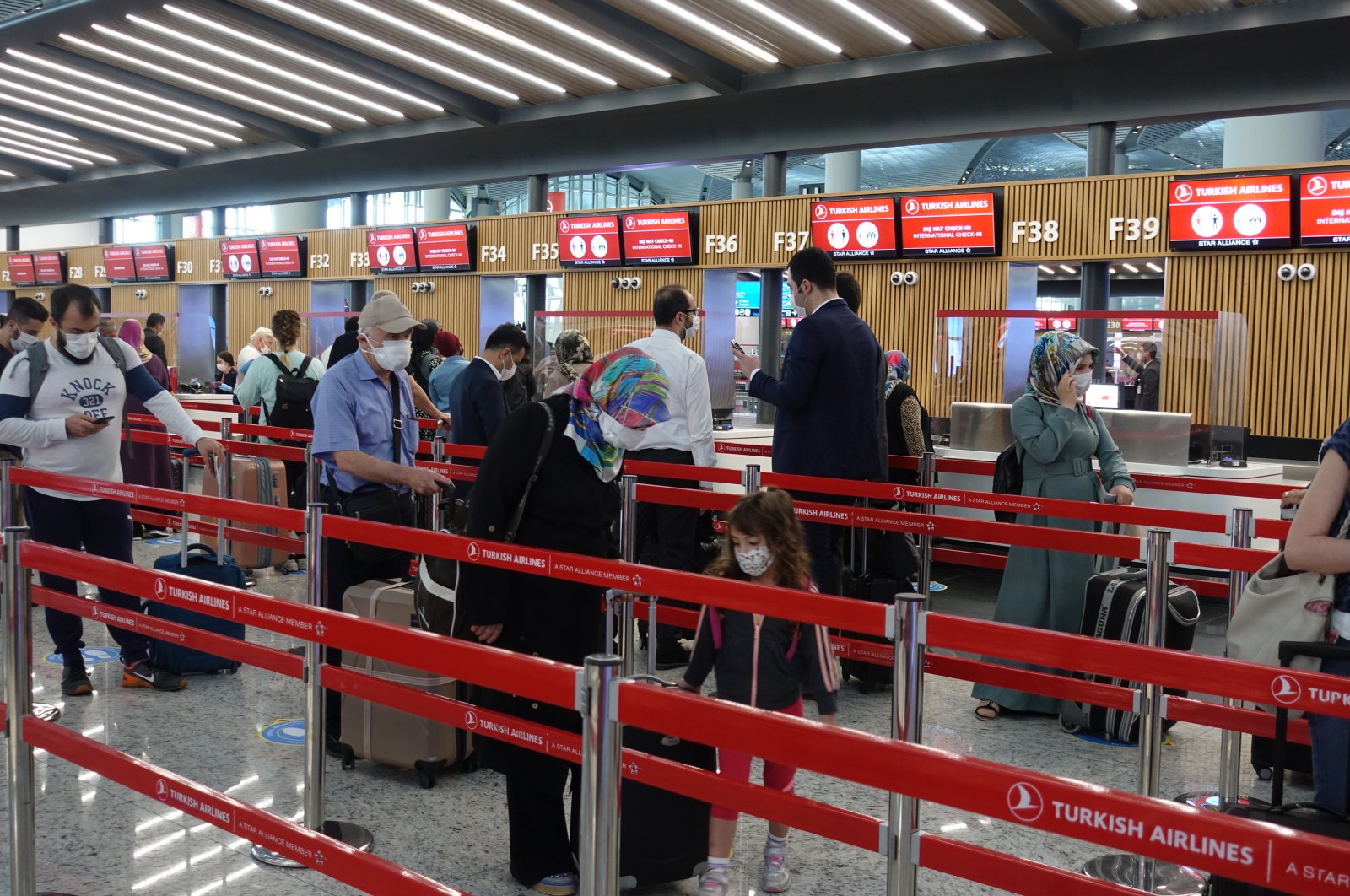 Turkey on Thursday resumed international flights to several countries, including Germany, Britain and the Netherlands, after planes were grounded two months ago to stem the spread of the coronavirus pandemic.

A Turkish Airlines (THY) aircraft operated the first scheduled flight as it left Istanbul Airport for Dusseldorf at 8:20 a.m. It was followed by flights to London, Amsterdam, Frankfurt, Berlin and Munich.

Passenger entry into the terminals was strictly regulated, with officials checking temperatures at the entrance and only allowing passengers with valid tickets to step inside.

Social distancing rules were also followed both by passengers and airport personnel.

Domestic flights in Turkey had resumed on June 1 as part of the government's "new normal" rules.

A spokesman for the flag carrier said the outbound flights could only carry passengers with EU citizenship, residence permits, or certain visas.

Amal Hallak, a passenger returning to Britain, said she was anxious about returning, having checked every day for flights after her initial return flight was canceled. "I feel like I don’t know what to do and there are new rules for people who arrive in the U.K.,” she told Reuters. "I just don’t know what to expect."

SunExpress, a joint venture of Turkish Airlines and German carrier, Lufthansa, also restarted international flights after a two-month hiatus due to the pandemic, it announced Thursday.

On Wednesday, the carrier operated 38 international flights between Turkey – from Izmir on the Aegean coast, the Mediterranean resort city of Antalya and the capital Ankara – and European countries, according to a press release.

It said the flights were only available for Turkish citizens who have residency permits, work permits, or special passports for family reunion purposes, as well as EU citizens.

Budget airline Pegasus, in the meantime, said it would start operating two-way flights to certain destinations in Germany as of Saturday, carrying passengers with necessary documents or permits.

The U.S., Brazil, Russia and several European countries are currently the hardest-hit in the world.

The pandemic has killed more than 417,000 people worldwide, with nearly 7.4 million confirmed cases and over 3.4 million recoveries, according to figures compiled by the U.S.-based Johns Hopkins University.