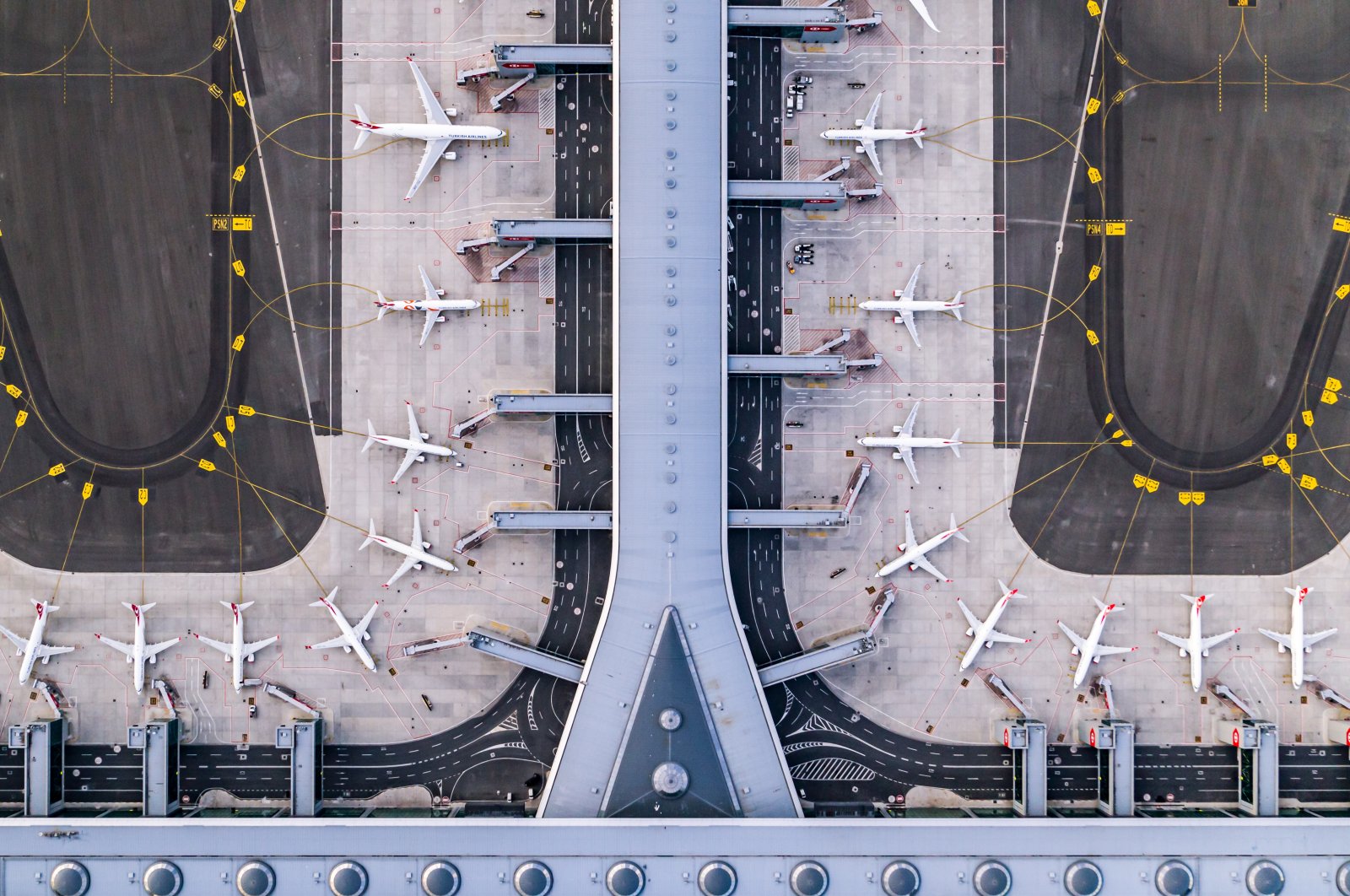 Istanbul's new mega airport, Istanbul Airport, has been certified as a five-star airport by London-based international air transport rating agency Skytrax. The airport also received a 5-Star COVID-19 Airport Safety Rating, according to a statement made by the operating company IGA on Tuesday.

The prestigious rating comes just 18 months after the city's new airport opened. In receiving the rating, the airport becomes one of eight major, five-star hub airports around the world.

IGA CEO Kadri Samsunlu said while the airport was commissioned only two years ago, it has been operational for a year and a half and has already been awarded "5-Star Airport" and "5-Star COVID-19 Airport" status by world-renowned aviation organization Skytrax.

“Among hub airports, following Doha, Hong Kong, Munich, Seoul Incheon, Shanghai, Singapore and Tokyo, we are the eighth hub airport to receive the five-star rating. Istanbul Airport has become the third airport in the world, after Rome Fiumicino and Hamad International Airport, to receive the ‘5-Star COVID-19 Airport’ award related to the COVID-19 measures implemented at airports,” he said, noting that these prestigious accolades are an indication of the trust placed in IGA and Istanbul Airport “first and foremost by our passengers and also the aviation authorities in the world.”

He said those who diligently take concrete steps to uphold the values they believe in will inevitably achieve their dreams. “As IGA, we turned a dream into reality, and now we have turned the reality into leadership at Istanbul Airport. We are proud and happy to turn such success into reality on behalf of our country. We will continue to do our best to make our country and Istanbul Airport the supreme hub of aviation, with the excitement and the enthusiasm on the first day.”

Skytrax, an international air transport research organization, has been providing quality inspection, star ratings and quality benchmarking services to airports and airlines since 1989.

The auditors meticulously examined the services on offer, paying close attention to the accessibility to services and passenger comfort. In addition to the nearly 800 criteria evaluated in detail, the airport's COVID-19 safety precautions were also assessed.

Edward Plaisted, CEO of Skytrax, said they are delighted to welcome Istanbul Airport into the fold of prestigious five-star airports and that it recognizes the high standards provided by IGA.

“Istanbul Airport is a most remarkable engineering feat; the 90 million passenger capacity terminal being completed in just 3.5 years. It is a large airport with an impressive range of passenger facilities and access around the different terminal areas is relatively easy,” he was cited as saying by the Skytrax website.

“Airports achieving the five-star status deliver many best practice systems of cleanliness and hygiene monitoring, and most importantly, these protocols are adhered to consistently,” as described by the rating agency itself.

Besides “excellent visual cleanliness and terminal presentation standards,” in order to be classified as a five-star COVID-19 airport, the airport must use new UV sanitation techniques and mass disinfectant treatments that have been scientifically evaluated.

Istanbul Airport was also recently awarded the "Best Airport" in the "Digital Transformation" category at the 16th ACI Europe Awards organized by the International Airports Council (ACI) thanks to its digital infrastructure and technological development.