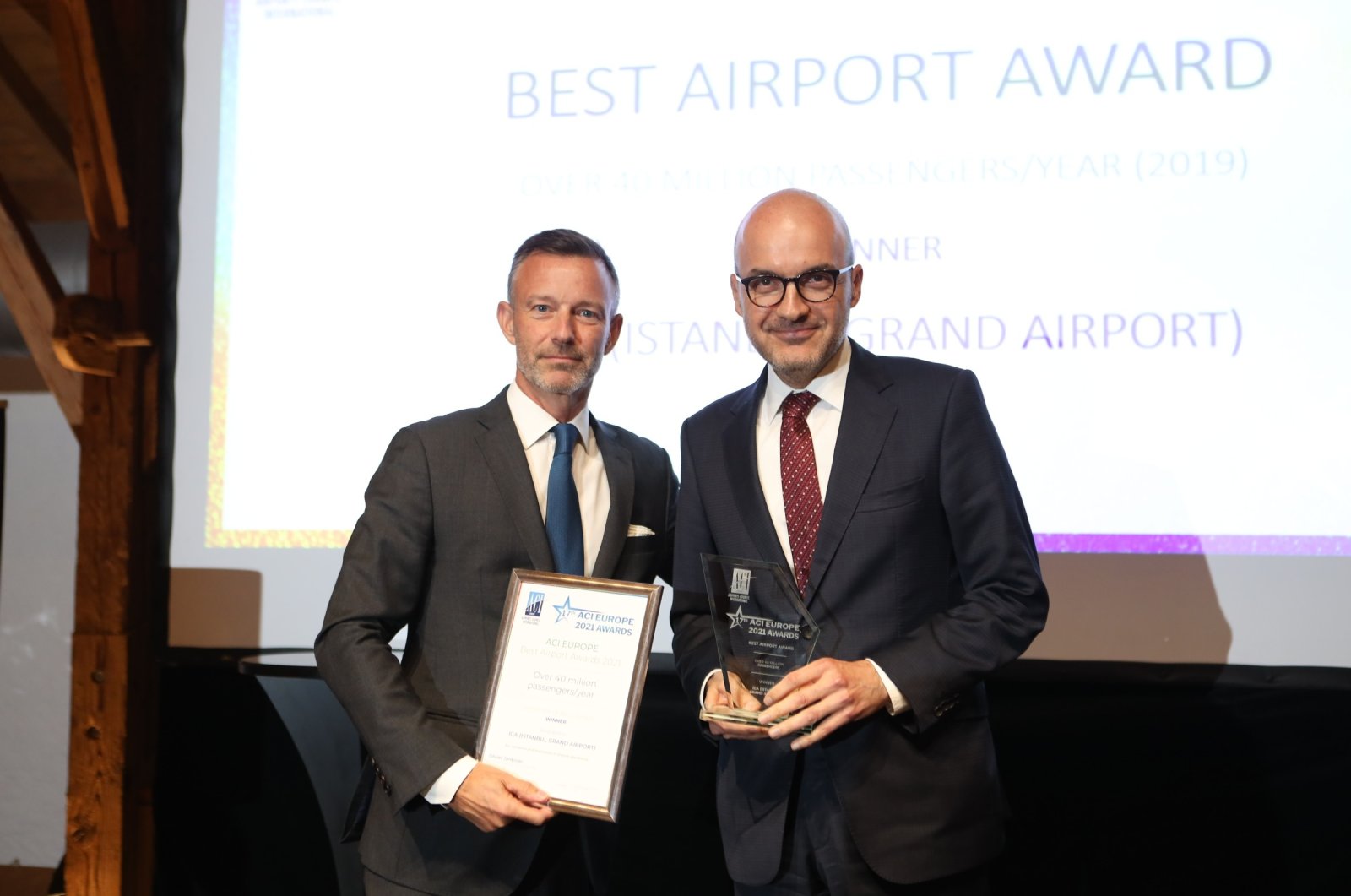 The ACI recently launched the "Net Zero 2050" movement with the aim of taking action against the climate problem and decarbonizing airports. Adding "Resilience and Inspiration" to its standard award criteria this year to select "Europe's Best Airport," ACI stated that they focus on inspiring work in the field of COVID-19 improvements and sustainability in its assessments.

The awards were presented to Kadri Samsunlu, CEO of IGA Airport Operations, with a ceremony held on Oct. 26 as part of the ACI Europe Annual Congress & General Assembly held in Geneva, Switzerland.

At the assembly, Samsunlu was elected as a member of the board of directors within the quota reserved for the 10 largest airports in Europe. Samsunlu, who is the first and only board member from Turkey among 10 airports, stated that they took firm steps forward without deviating from their sustainability goals during the epidemic period. Stating that they are planning net-zero emissions in all operations until 2050, Samsunlu said that strengthening the ACI's relationship with the Turkish aviation industry at all levels and easing travel restrictions are among his primary goals.

'We have carried out pioneering works, built trust'

In his speech at the award ceremony, Samsunlu drew attention to the measures they took during the pandemic that steered the sector. He said: “When the pandemic started, we were an airport that was able to reach 200,000 passengers a day in its first year, going forward quickly. At a time when there were no flights other than cargo and evacuation operations, we did not say ‘nothing to do, these are the conditions.’ We did not stand still.”

Samsunlu indicated: “We sought ways to welcome our passengers in a healthier and safer way and to provide a safe working environment for our employees. We have carried out pioneering works to restore people's old flying habits and built trust.”

“In the upcoming period, we aim to expand our ‘Accessible Route’ service scope, to continue our airport experience studies with different disability groups, to excel in our services and to lead the spread of the applications we have implemented for a more accessible world,” Samsunlu said.

Expressing the entire team’s pride to have received these awards, Samsunlu added, “While the awards strengthen our motivation, they will contribute to the realization of many inspiring works for the sector.”

The director-general of the European region of the ACI, Olivier Jankovec, congratulated Istanbul Airport on its achievements and said: "During this extraordinarily challenging period our industry is going through, Istanbul Airport has shown tremendous strength by focusing on investments and infrastructure. The fact that they have won not only one, but two separate awards is a testament to their commitment to their long-term goals for their businesses and communities while maintaining the outstanding attention they show to their passengers. I am delighted to be able to witness the celebration of their double success. I look forward to seeing what this innovative and exciting airport will do in the future.”