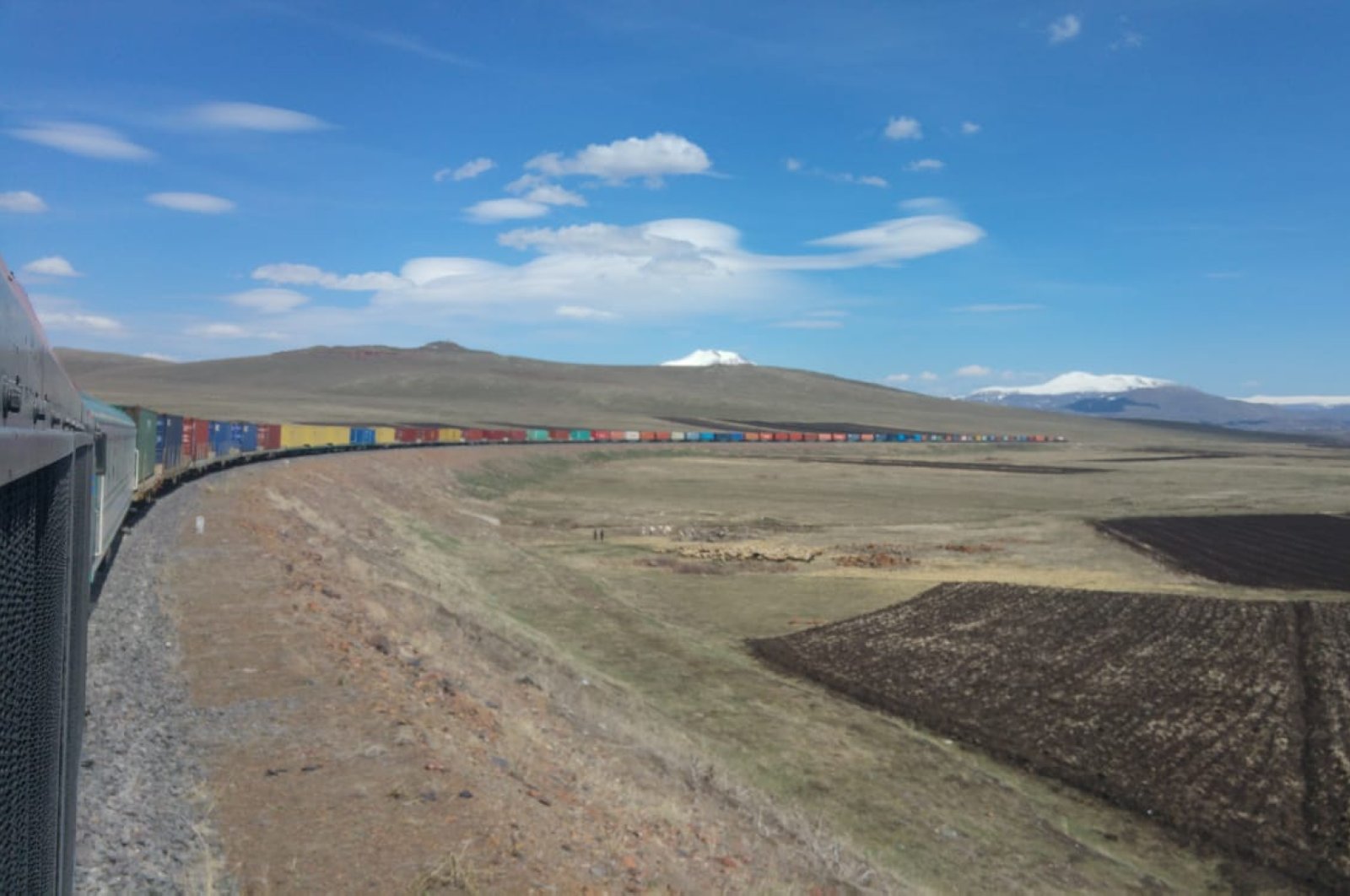 A 940-meter freight train, the longest to have ever operated on the Baku-Tbilisi-Kars Railway (BTK) connecting Europe and Asia, departed Turkey for Central Asia on Saturday, Transport and Infrastructure Minister Adil Karaismailoğlu said.

The train, consisting of 82 containers carrying various Turkish products, departed from the eastern province of Kars. It will stop in Azerbaijan, Kazakhstan, Turkmenistan, before reaching its final destination, Uzbekistan.

Minister Karaismailoğlu added that the train will off-load at several stops in those countries and will unload the entire cargo within nine days.

Foreign trade for many countries has come to a near halt due to the worldwide measures taken to prevent the spread of the coronavirus, while railway transportation has gained new momentum as more cargo can be carried in a single round with less human interference.

Karaismailoğlu said that Turkey, as a transit country, at this point has an important role in maintaining trade via railroads.

BTK is rather significant during this process for the regional countries, along with the Turkic world. The line connects Turkey, Azerbaijan and Georgia, establishing a freight and passenger link between Europe and China and was initially launched in October 2017.

A significant amount of cargo is now being carried via railroad, the minister said, while following detailed disinfection processes.

He said due to the measures taken to curb the spread of COVID-19, many countries were facing shortages, the transport minister noted that with the giant freight train Turkey will also help in meeting the needs of brotherly countries in Central Asia.

“There are many items in the train, from cleaning materials to automotive industry products,” Karaismailoğlu said, adding that all transportation operations are carried out without human contact and follow strict disinfection processes.

Turkey’s land exports to Iran and via Iran to Central Asian countries were completely suspended after Ankara closed its borders to the virus-hit country. Meanwhile, the trade that was normally carried out via those borders were shifted to the BTK line, the minister said.

Karaismailoğlu explained that since March 3, when the BTK line resumed after a short suspension, a total of 55,000 tons of goods were transported on the line with 1,350 wagons.

Meanwhile, 100,000 tons of goods were also transported to and from Iran on railways during the same period, with 3,000 wagons, he added.

The passenger trains of the Turkish State Railways (TCDD) were also repurposed for freight transportation as they have not been serving citizens for the time being due to the spread of the virus.

Karaismailoğlu, previously told Anadolu Agency (AA) that by allocating the idle capacity of passenger trains that resulted from the restrictions to freight trains, the country can still meet the logistics needs of industrialists, manufacturers and exporters.