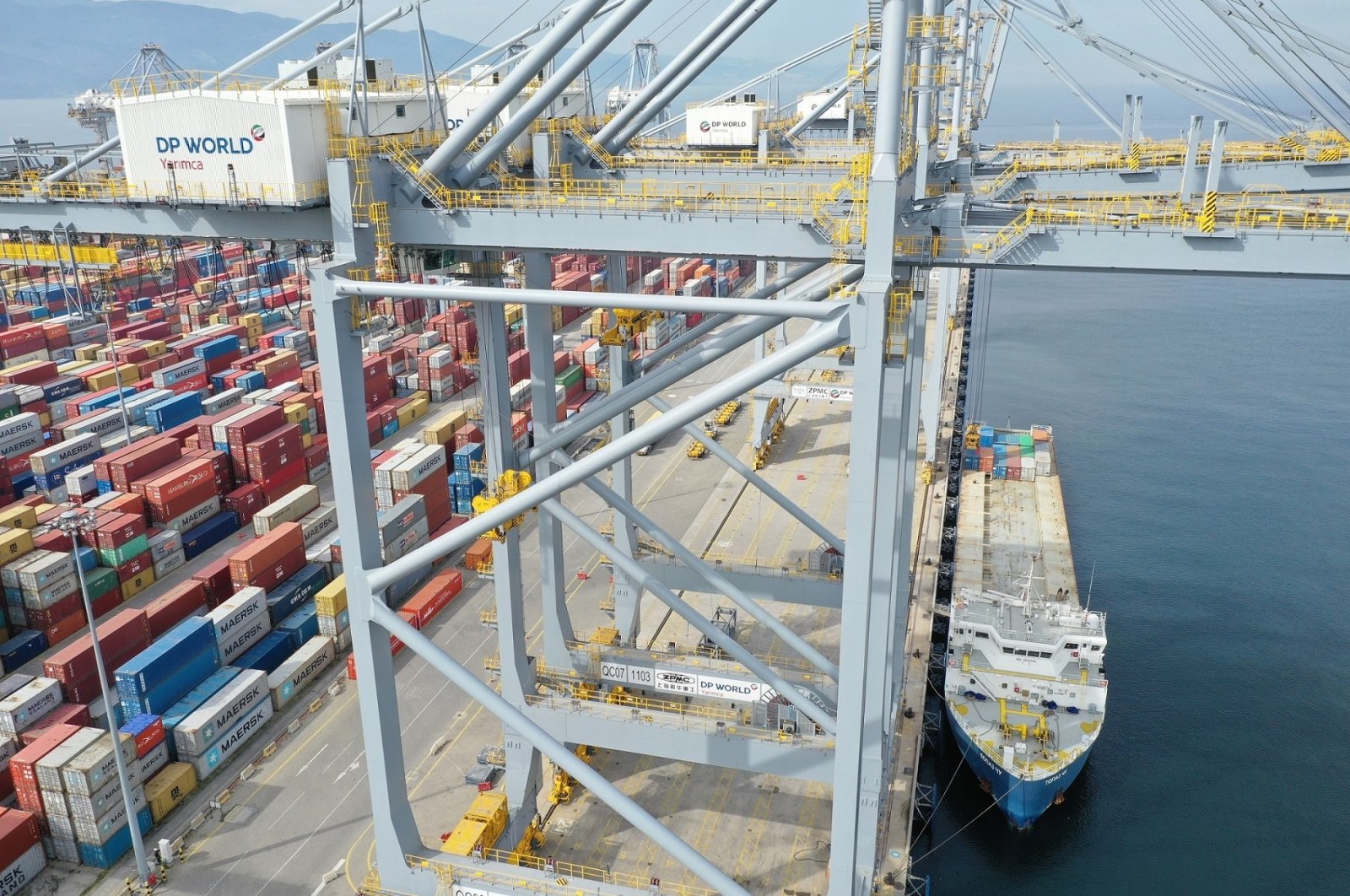 A new shipping line from the Marmara to the Caspian Sea is set to be launched, and it will directly connect Turkey to the Central Asian region.

The new shipping route, called the Turkey-Caspian line, will be jointly launched by P&O Maritime Logistics with the support of DP World Yarımca and several other DP World group companies. The line will provide regular container-based shipping between these markets for the first time, the logistics company said in a statement Tuesday.

The route saw the completion of its trial voyage at the end of last month, marking the start of a new route directly connecting Turkey to Central Asia.

The connection between the Marmara region and the Caspian Sea is expected to offer a boost to Turkish-Central Asian trade with lower shipping costs and streamlined transportation of goods for importers and exporters.

The Turkey-Caspian line will provide speed and cost advantages while also reducing carbon emissions by 17% compared to road-based transportation. It looks to offer efficient door-to-door delivery through select third-party logistics partnerships for onward carriage into the landlocked areas of Central Asia, providing customers with a streamlined, hassle-free service.

In 2020, approximately $31.2 billion in trade took place between Turkey, Russia and Central Asia. The region accounts for 6% of Turkey’s exports and 9.6% of Turkey’s imports. In the same year, $17.8 billion of imports and $4.5 billion of exports were made with Russia, one of Turkey’s largest trade partners.

With these markets being some of Turkey’s most important trading partners, P&O Maritime Logistics said it is well-placed to facilitate even closer trade connections between Turkish businesses and the region through DP World Yarımca with direct shipping via the Russian river systems into the Kazakh port of Aktau and the Turkmen port of Turkmenbashi on the Caspian Sea.

The company said the MCV type vessels are ideally suited to navigate the Russian rivers, and it is expected that at least two more vessels will be outfitted and classed for container carriage for the new line’s launch in the coming months.

The container terminal at DP World Yarımca has been operating within the boundaries of northwestern Kocaeli's Körfez district and is one of the largest in Turkey with a capacity of 1.3 million twenty-foot equivalent units (TEUs).

It started operations in 2015 with an investment of $550 million and has a rail link that can allow for uninterrupted transit all the way to China. The port is linked to the Caspian Sea via the Kars-Tbilisi-Baku Railway, which leads on to East Asia.

“The new Turkey-Caspian line between Turkey and the Caspian Sea makes the movement of goods more streamlined and less costly. With our knowledge of the trade networks between these countries, we are aiming to support our customers to be more competitive in these markets," said Kris Adams, CEO of DP World Yarımca.

“With trade booming between these regions, the opening of a new sea route will undoubtedly be a boon to firms operating in these markets,” Adams noted.

Martin Helweg, CEO of P&O Maritime Logistics, suggested there is immense potential for increasing the efficiency of trade between Turkey, Russia and Central Asia.

“P&O Maritime Logistics was selected because of the ability to carry both breakbulk and container cargo, which fits with the type of goods that move on this route,” he said.

With land transport making up 95% of total carbon emissions for the transport sector, Helweg noted that this new river-sea-based route is more cost-effective and environmentally friendly than overland cargo transport.

“With this solution we can reduce carbon emissions by 17% or 0.5 tons per container, saving the customer on average 10-20% of the cost compared with trucking and bring the cargo to the destination 15% faster compared with rail, enabling our customers a range of benefits,” he added.